The perils of chicken shit

If there’s one aspect to poultry-keeping which I really dislike more than any other, it’s cleaning out the chicken shed.

It’s one of those jobs which I can always find an excuse to postpone – but then guilt takes over, on go the overalls, and despite wind and rain off I go to wrestle with the really stinky stuff. 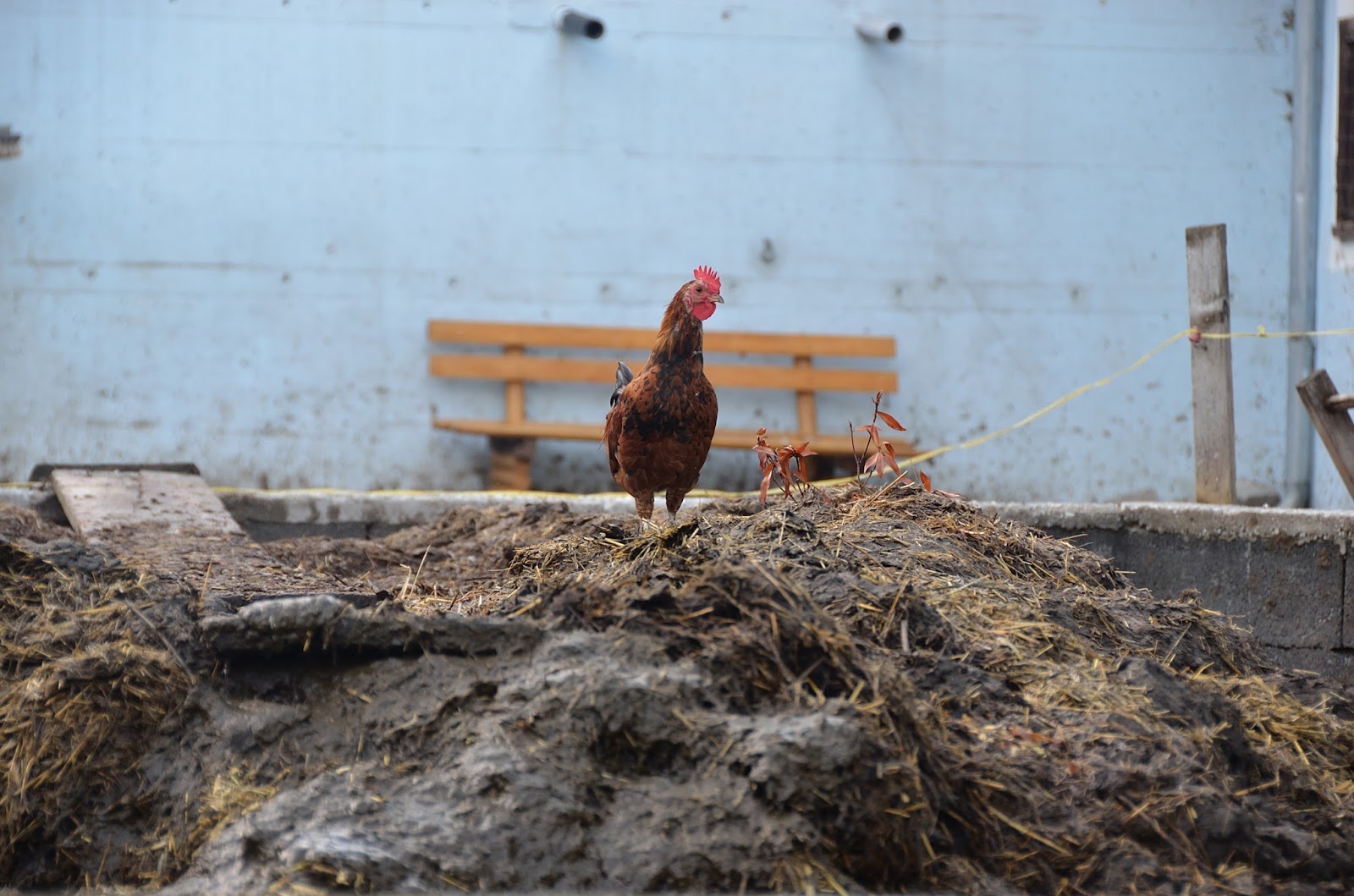 As any gardener can tell you, chicken manure is really good for your plants – so “hot” in fact that it should be composted for at least three months, otherwise the high nitrogen content risks damaging the very flowers and vegetables you are trying to encourage.
Well, no risk there. Once I’ve added another shed-load to the compost heap, my poultry poo tends to stay there. The pile continues to grow, to the point where I must now consider changes to the management regime. Either that, or take a more serious interest in applying the manure (let’s call it fertiliser) to the garden.
Luckily there is no shortage of official advice on how to look after chicken manure. As long as I comply with Article 13 F of the European Union Control Regulation 1069/2009 (I am not making this up) then I’m OK to spread it on the garden, or even in the field. As my chickens roam free, and tend to relieve themselves wherever and whenever they feel like it, I suppose I’d better check that they are fully conversant with this rule.
My fondness for bureaucrats tends to be at the lower end of the scale, but the trouble is, once you start looking at the reasons behind some of this nonsense, you find that it isn’t nonsense at all. One of the reasons you have to wait for chicken manure to “cool” to the point where it can used as fertiliser is because it also contains the bacteria Clostridium botulinum.
This toxin, which causes botulism, is one of the most dangerous known to science. It can cause paralysis to the muscles that control breathing, and without rapid treatment tends to be fatal in around 5-10% of cases.
The EU tells me that botulism in chicken manure “is extremely dangerous, even in small quantities and is very stable. If the litter is applied to pasture land the toxin will survive for some time and small quantities ingested by grazing animals can cause illness and even death.
“The large numbers of spores and bacteria present may cause further disease. Even if the litter is spread on the surface of non-pasture land, carrion feeders such as foxes and crows can move carcase remnants and toxin to adjoining pasture to affect grazing animals.
“Hence, it is recommended that chicken litter is applied to arable land and ploughed in immediately. If this is not possible, the litter should be stacked as far as possible from livestock and fenced off until it can be used.”
Thanks for that. And there was me, thinking that my free-range chickens and their 100% organic free-range eggs were right up in there in the “safe and natural” category of food labelling, if indeed I bothered with labels at all.
But then I remembered the story of how in 2011 organic cucumbers killed 31 people in Germany, making thousands more seriously ill, because of e Coli poisoning.
I don’t know how many people bother to read food labels which tell them of all the different chemicals they might be ingesting. But I’ve never seen an organic carrot labelled as dangerous, even though this must also be true.
Nothing is easy. There is no such thing as a free lunch. Off to clean the chicken shed, with new gloves.