Angry residents of Tywardreath, near Par, have organised a public meeting to consider how they can get their money back after investing £470,000 to rescue their village shop – only to see it close again after less than two years.

Some say they are considering a formal complaint to the police.  Others have already sought – and obtained – County Court Judgements against Hunter Grange Investments Ltd, the company which claimed it would “rescue” the shop.

The long-term future of the shop is now uncertain.  A sign in the window says the closure is only temporary, but attempts to contact Hunter Grange owner Trudy Thompson have been unsuccessful.  The shop closed, with empty shelves, for what many locals think was the last time earlier this month.

The way in which the store was bought from its previous owner in 2017 divided the local community, with some people unaware that the monies they handed over to Ms Thompson and her business partner Josh Taylor were personal loans.  But there was no "asset lock" on the business which remained the private property of Hunter Grange Investments Ltd, owned by Ms Thompson and Mr Taylor.  Mr Taylor has since resigned as a director.

Ms Thompson had made various promises, including some recorded on video in interviews with Cornwall Reports, about raising money through a mortgage or by allowing charges to be recorded against the freehold of the building.  She is now thought to be living back in Surrey and the shop is once again in the hands of estate agents.

The sorry saga of the Tywardreath shop has now made national news, thanks to the Daily Telegraph.  Cornwall Reports first covered it in May last year. 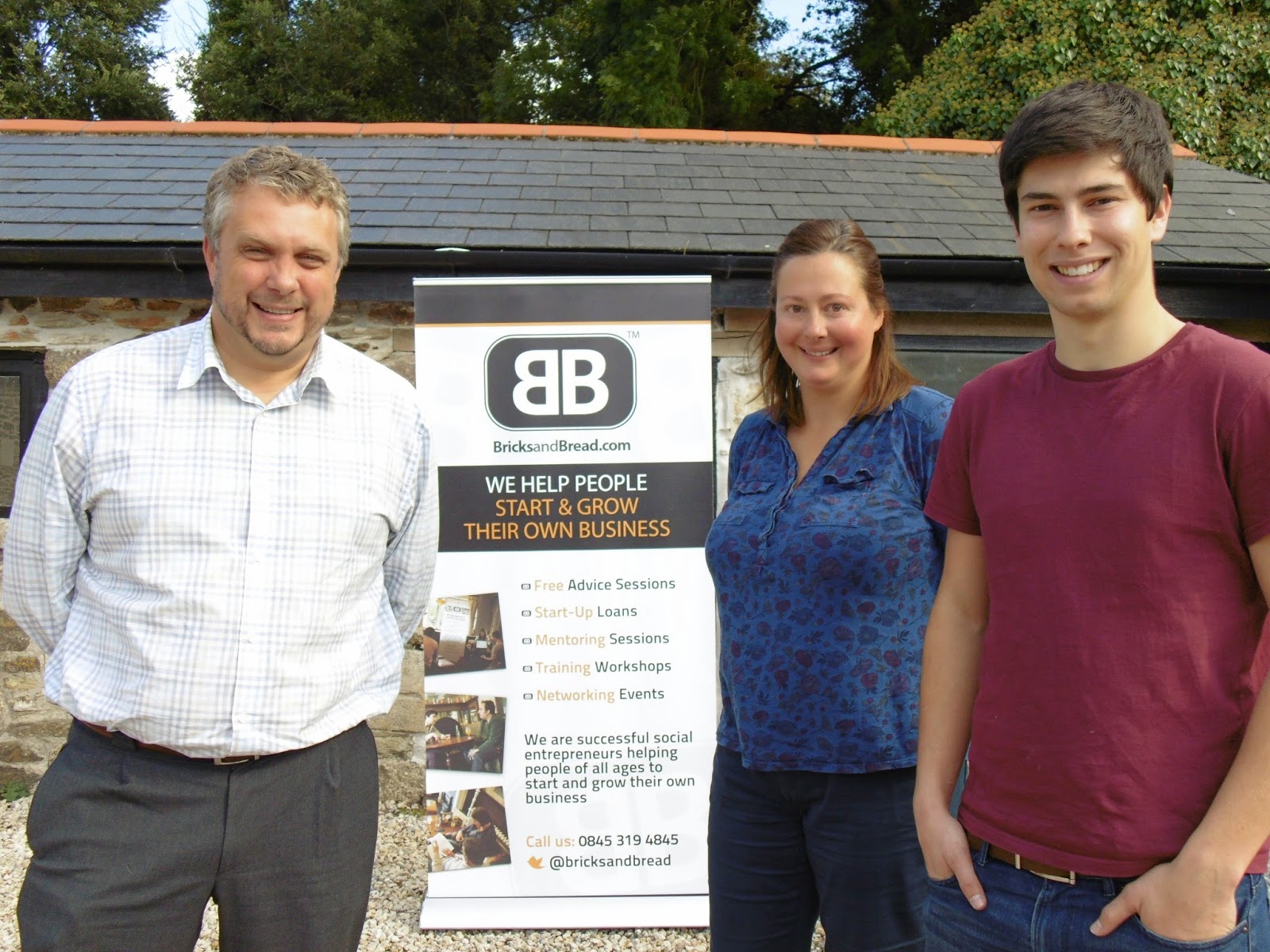 Above: In happier times, Trudy Thompson and Josh Taylor with then Parliamentary candidate, now MP, Steve Double.  Mr Double has said he only met the pair twice and feels "aggrieved" on behalf of his constituents in Tywardreath

Now a private meeting for investors, to be chaired by local Cornwall councillor Andy Virr, is to be held in The New Inn, Tywardreath, on Wednesday 20th February at 7pm.  The aim of the meeting is to get investors together, so that they can present a united front, in their pursuit of their cash.  Some invested tens of thousands of pounds.

So far three County Court Judgements have been recorded against Hunter Grange Investments.  Cornwall Reports understands that Devon and Cornwall Police have received some formal complaints but the status of any potential criminal inquiry is still unclear. 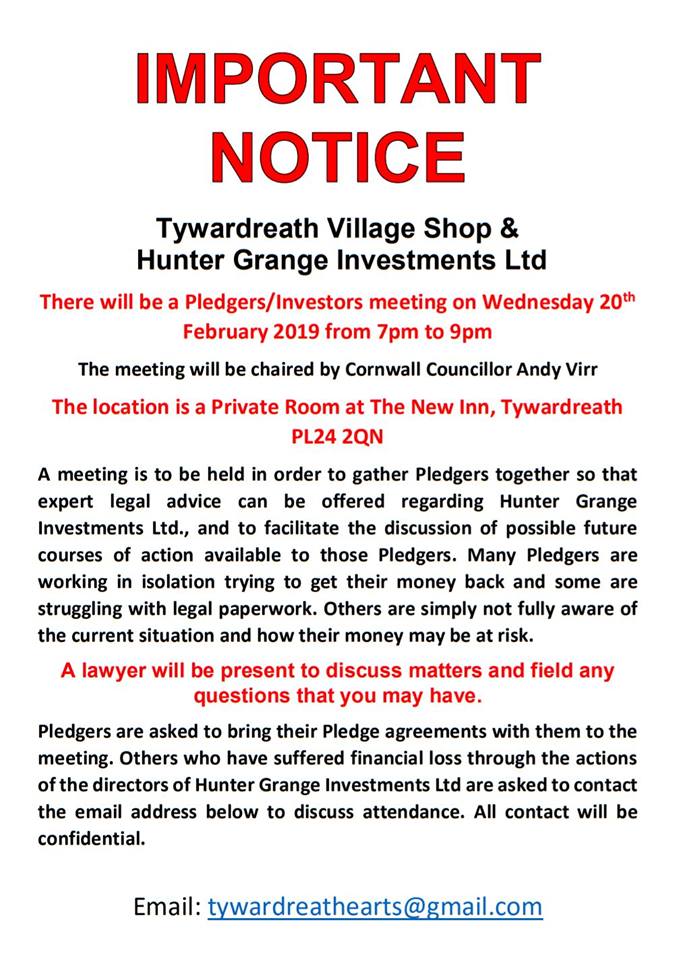 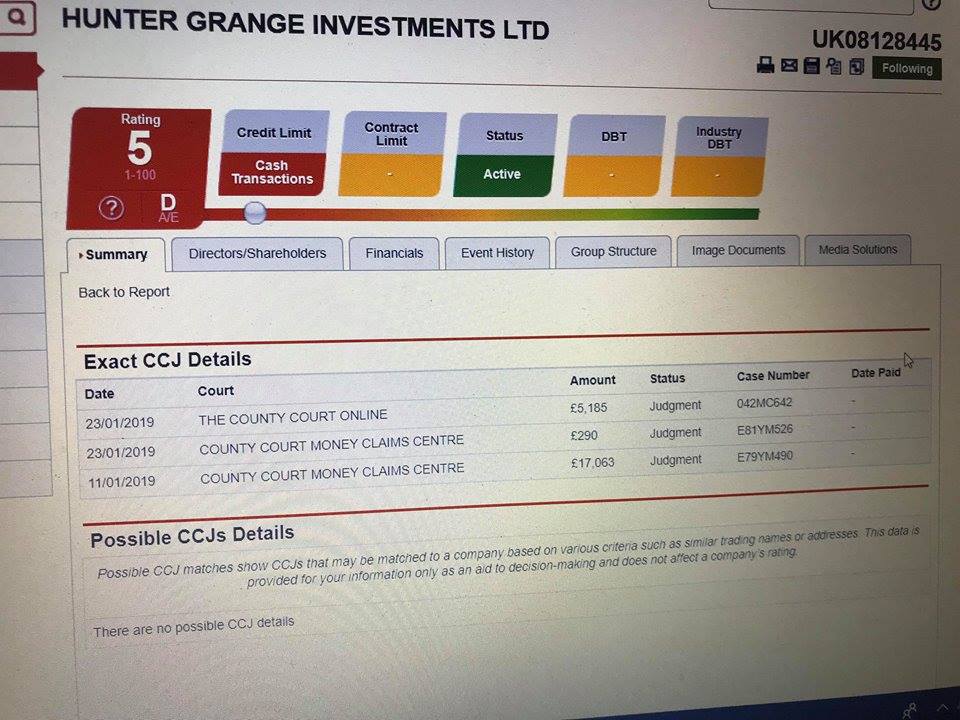 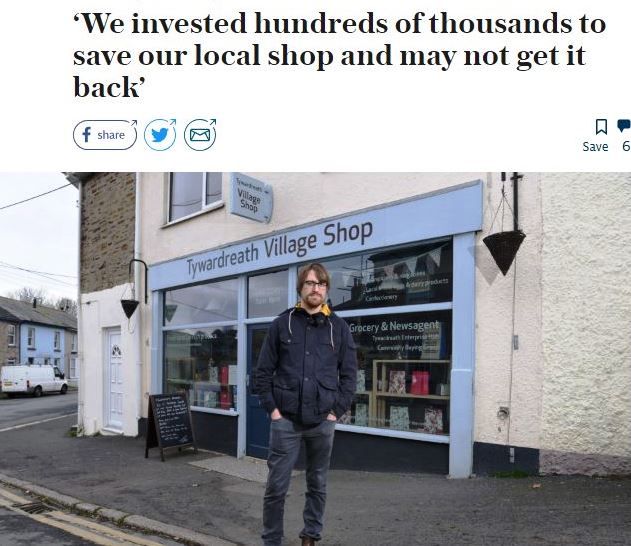 Above: The Daily Telegraph catches up with the big news in Tywardreath