“Toxic feud” erupts as Cornish village shop, which villagers thought they had bought for the community, is put up for sale

Financial regulators have been asked to investigate a small village shop in Cornwall, after attempts to turn it into a community venture went sour.

The shop, at Tywardreath, near Fowey, is now for sale – leaving some local residents scrambling to get their cash back.  There are calls for a public meeting amid fears that villagers could be left with neither a shop nor their money.  The Tywardreath village shop is currently on the market for £420,000.

Shop owners Trudy Thompson and Josh Taylor say they are willing to sell the business to the local community, but some residents believe they had already bought it when they “pledged” to support the venture two years ago.  They have now hired a solicitor to protect their interests.

Ms Thompson and Mr Taylor deny any wrongdoing and claim that most of their “pledgers” are happy to continue providing loans.  They blame a handful of disgruntled residents for creating a “toxic feud” which has split the village and triggered a social media war.

Above: The Facebook page set up by concerned residents and below, part of the response from the shop's owners

Ms Thompson and Mr Taylor have labelled their critics as "truly malicious" and "haters."  A handful of local people have posted comments in their support.  Opinion in Tywardreath appears to be sharply divided.  Experts say the case highlights the need for local people to seek professional advice before attempting to rescue community assets.

Ms Thompson and Mr Taylor are no strangers to publicity and their talent for self-promotion has ensured a high-profile media presence in recent years.  But officials from the Financial Conduct Authority have now been asked to find out if the monies they raised were to purchase shares, were for loans, or were donations.

According to documents issued by the pair in 2016, their Hunter Grange Investments Ltd company was seeking to raise £2 million to buy the village shop, a local B&B and a local property Newhouse Farm, through loans which would earn 6% interest.  After two years, the company said, backers could either get their money back or convert the loans to shares.  But the recent appearance of the shop on several estate agent websites has now set alarm-bells ringing.

Ms Thompson told Cornwall Reports that nothing had changed and that the offer of loan-to-share-conversion was still available.  “We have asked our pledgers if they wanted to do this, and the vast majority have said they were happy to leave things as they are,” she said.  “I don’t want to be accused of doing anything wrong.  I have given all of our pledgers a personal guarantee that they will get their money back, if that’s what they want.  But 82% have said ‘no, that’s fine, we have an agreement and we’re sticking with it.’”

Ms Thompson, 47, said that she and Mr Taylor, 28, had raised nearly half a million pounds to buy the shop in 2016.  “We repaid over £200,000, early, because some of our pledgers told us they had money problems,” she said.  “The shop isn’t really for sale.  We put it on the market with estate agents because we were so fed up with all the carping and complaints.  But I’m not going to just walk away.  We have created an amazingly successful small business.”

Ms Thompson said Hunter Grange was an ordinary limited company which had received loans from friends and family, and not a formal social enterprise, which would typically have an “asset lock” to protect investors or subscribers.  “The biggest issue for small shops like this is being business-like enough to make money, while balancing the need for community benefit,” she said.  “There are other models but they tend to rely on grants and lottery funding, which eventually run out and have to also rely on volunteers.  But ours is a proper business which employs more than dozen people and pays them wages.”

The Financial Conduct Authority confirmed to Cornwall Reports that it registered Hunter Grange Investments Ltd in January 2017 – after the fundraising campaign had started.  A spokesman said he could not comment on individual cases but confirmed the FCA had received complaints about the company, and was investigating.  He also suggested the Financial Ombudsman Service as another avenue to explore, adding that if anyone suspected wrong-doing they should report it to the police.

The Plunkett Foundation, which advises communities on how to set up community businesses to protect important local assets, also said it could not comment on an individual case but said it was important to seek expert advice at an early stage.   There are several business models.  The Plunkett Foundation website says it “recommends that a community co-operative should adopt a legal structure which enables genuine community ownership with equal democratic control.” 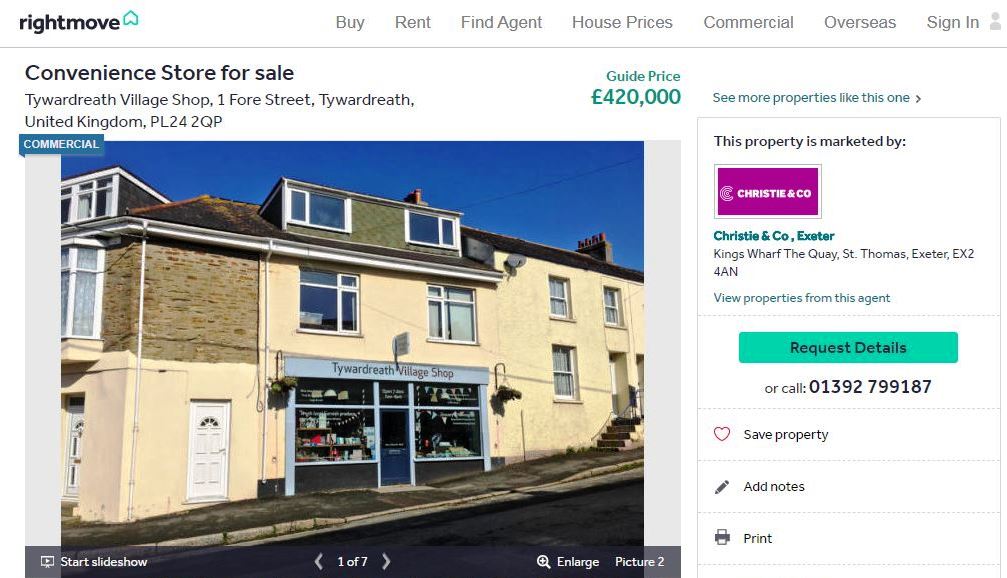 Bought with cash raised from villagers, the shop is now for sale

According to Hunter Grange “short” accounts, filed at Companies House by Ms Thompson for Hunter Grange Investments Ltd last month, the company owed creditors more than £470,000 in 2016 but had reduced this liability to less than £210,000 in only 12 months.

Official company records show that Hunter Grange started life in 2011 as a £100 Hampshire-based firm called Bricks and Bread (Investments) Ltd.  Bricks and Bread described itself simply as “a private company” but from 2012-13 the Bricks and Bread Charitable Foundation, offering advice to business start-ups, registered for Gift Aid status.  With Mr Taylor named as a “contact” it had sought to also register for “credit brokerage” status with the Financial Conduct Authority.

Above: the offer of 6% interest to be repaid within two years.  But now the shop is for sale

The following year Ms Thompson filed that the firm was dormant.  By 2013 it had moved to Guildford and Ms Thompson was still the sole director.  Bricks and Bread does not appear to have traded and on 13th January 2015 Companies House served notice of intention to have the company struck off for not filing accounts.

Within six days, Bricks and Bread filed accounts and notified the authorities that it had moved to Tywardreath.   In July 2015, Mr Taylor joined the company as a director and a few weeks later it changed its name to Hunter Grange Investments Ltd.  By the end of the year, it was still officially described as dormant and the FCA cancelled the “credit brokerage” status of the Bricks and Bread Charitable Foundation, which appears never to have been activated.

By the end of 2016 Hunter Grange was describing itself as “non-trading” in retail sale.  It had however acquired assets worth £322,299, and liabilities of £471,378, purchased the freehold of the village shop and commenced trading on 24th September 2016.  Its share capital was still only £100, with those shares held equally by Ms Thompson and Mr Taylor.  The December 2017 accounts also show a bank loan of £172,000.

The Tywardreath shop has expanded considerably over the past year and appears to be thriving.  It is open 7am – 8pm, selling fresh, local produce and offers home deliveries.  It is on the market as a going concern.  Estate agent particulars say the average weekly sales are £11,500.

Those local residents who are concerned that their money is at risk are now trying to identify each other, to assess whether the total value of their “pledges” is more or less than the value of the shop. 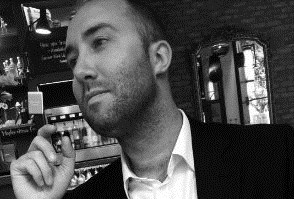 A group of these residents have also hired consultant solicitor Michael Cotter (above) of the London office of the national law firm Setfords, to consider a land registry charge over the property to help secure the cash they believe they are owed.  Some invested a few hundred pounds, others put up tens of thousands.  Mr Cotter said it appeared that in the absence of any other securities, it was entirely reasonable to consider a land registry charge and other ways of securing his clients’ positions.

“I’m sure that everyone will understand that you cannot leave these things simply to goodwill and good luck. If this really is a bona-fide community enterprise, there is no need for secrecy.  I would recommend that anyone who put money into this venture, and who is now unhappy about the situation, to contact me (mcotter@setfords.co.uk).”

Cornwall Reports has spoken to several of the people who were early “pledgers” and who now have concerns.  One said: “There is no feud in Tywardreath, simply an attempt to find out the truth.  Have we bought shares, have we made loans on which we will earn 6% interest, or have we simply made donations?

“If this had been a genuine community venture, all of the members, or subscribers, or shareholders, would know what was going on.  Now that a solicitor is involved, he can act as a focal point so that everyone can find out what is happening to their money. “

One of the Facebook pages set up to discuss the Tywardreath shop says: “we believe it would be in the best interests of the community for somebody or somebodies to step up and call a public meeting to discuss the future of any kind of shop in Tywardreath.  Hunter Grange should be welcomed to the meeting and it is hoped that a proper constructive discussion could be held.  This is a most important discussion about the village’s future.”

Ms Thompson and Mr Taylor have announced their own plans to hold "a positive update" meeting for their pledgers on 26th May.