The government has said it hopes to announce the outcome of Levelling Up bids this autumn, which means Cornwall Council should not have wait long before learning the fate of its “Mid Cornwall Metro” railway ambitions.

There are several reasons for suspecting that County Hall’s bid might be one of the early casualties, failing to get through even the first “gateway” of government assessment.

The Department of Levelling Up, Housing and Communities – which might expect an entirely new cohort of ministers next month – had published guidelines to local authorities on how they should apply for funds.

The guidelines say clearly that bids should not exceed £20 million.  The government said it might consider “exceptional” bids for large transport projects up to a maximum of £50 million.  Cornwall’s bid is for £56.8 million.

Projects have to be sufficiently advanced for spending to start almost immediately, and certainly before the end of the 2022/23 financial year.  “We would expect all funding provided from the Fund to be spent by 31 March 2025, and by 2025-26 on an exceptional basis,” says the DLUHC.

Large rail projects typically take several years and can take decades.  The government announced its HS2 rail project in 2009.  No-one knows when, or even if, it will ever come close to the original ambition.

The DLUHC also calls for evidence of wide “stakeholder” engagement and consultation, demonstrating public support for the project.

The Mid Cornwall Metro does enjoy the support of rail companies, and of the Truro and Falmouth MP Cherilyn Mackrory, and the St Austell and Newquay MP Steve Double.  But to rely on this alone would be to redefine the words “public consultation.”

Crucially, County Hall officials cannot yet demonstrate that their railway plans enjoy the support of their own elected councillors.  The project has never been scrutinised by any committee, nor debated in the council chamber.  Most councillors say the first they heard about it was when they read about the Levelling Up bid in Cornwall Reports.

It seems likely that some sort of official report will now be hastily submitted to the council’s 10-member Conservative cabinet for endorsement.  But strictly speaking, this would now be too late for the DLUHC appraisal process.

Curiously, the Mid Cornwall Metro appears to have grown out of a 2020 government project to “Restore Our Railways.”  This was originally intended to bring back into use old railway lines, many of which were closed by the Beeching cuts nearly 60 years ago.  One of those promoted by local rail enthusiasts in 2020 was the Chacewater to Newquay line, axed in 1963.

But within County Hall, there was enthusiasm to convert the Perranporth part of this disused line to a cycle path – the now notorious “Saints Trail” scheme.

And for reasons which councillors have never been invited to question, the “Restoring Our Railways” fund was used instead to develop ideas about how to link Newquay and Truro via Par.  Almost all of the new infrastructure, and the lion’s share of the £56.8 million, is destined for Mr Double’s Parliamentary constituency.

But trying to get from Truro to Newquay via Par is hardly the most straightforward route.  The Metro will also require major upgrades to level crossings, as well as the creation of new passing loops, if a rail connection between Truro and Newquay is ever going to be quicker than the existing bus service.

The complete absence of any attempt at public consultation, and the exclusion of elected councillors, could prove very damaging to County Hall’s bid.  There is plenty of room for controversy over the best way to improve rail services between St Austell and Newquay.  A decade ago, some enthusiasts tried to promote the restoration of the “St Dennis loop” which closed in 1966, although the infrastructure remained in place until the late 1980s.

The Truro to Falmouth part of the “Metro” scheme is an entirely different proposition.  There is already a passing loop at Penryn and the only real improvements suggested in the bid are to brighten up the Penryn, Falmouth and Truro stations, and introduce electronic ticketing.

If the Newquay-to-Truro-via-Par part of the Metro project now goes down in flames, it will take the Truro-Falmouth upgrades with it.

Almost all major rail projects require the compulsory purchase of some land – indeed, it was the failure to consider, in advance, the likely costs of this at Perranporth which killed the Saints Way cycle project, and saw the government ask for its money back. 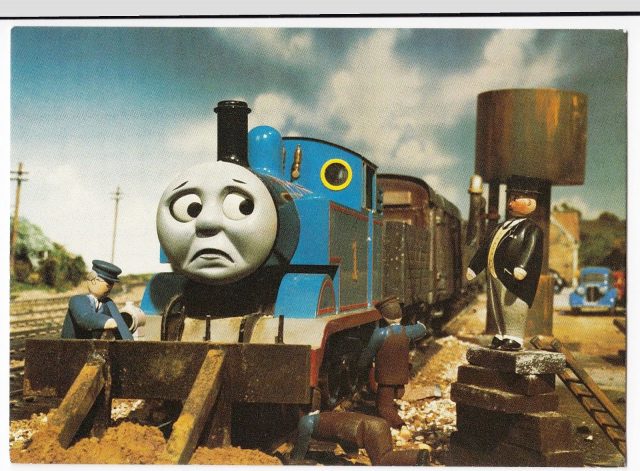 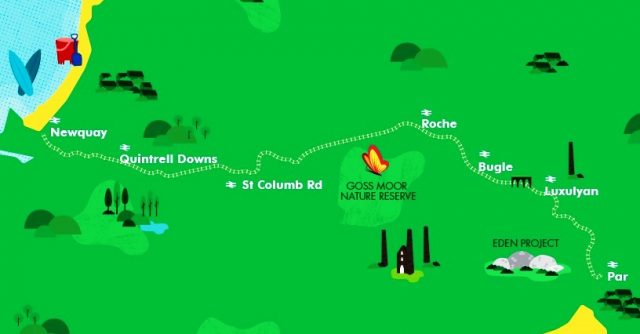 When the government announced its "Restoring Our Railways" project in 2020, some enthusiasts hoped it might herald a return of the Chacewater-Newquay line.  But instead, County Hall commissioned Network Rail to examine options for a "Mid Cornwall Metro" that would have to go via Par. 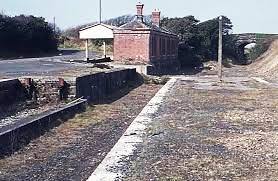 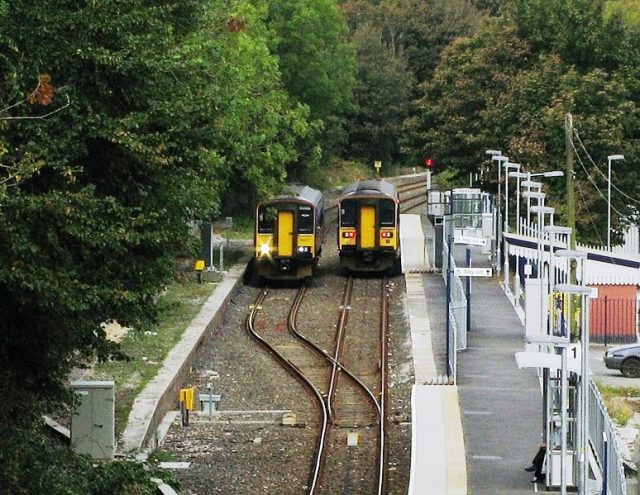 The Truro-Falmouth branch line already has a passing loop at Penryn, brought back into use by Cornwall Council, with nearly £5 million of European Union funds, in 2009.

The damage caused by the Saints Way debacle goes far beyond the taxpayers’ wallet.  Reputations can be even more expensive.  Whitehall, and particularly the Treasury, now associate Cornwall Council with bungling and waste.