Steve Double – the accidental Member of Parliament, who took his first step up the political ladder at Cornwall Council ten years ago

Steve Double has been MP for St Austell and Newquay since 2015 but in many ways his political career has happened by accident.

The Conservative MP started on his path to Westminster from Cornwall Council where he was first elected to the newly-formed unitary authority in 2009.

Sitting in his constituency office in St Austell’s Fore Street Mr Double smiles as he remembers taking his first steps into the political arena when he was involved in the Market and Coastal Towns Initiative in the town.

From there he soon found himself rubbing shoulders with members of the Conservative Party.

“I met Caroline Righton (former Parliamentary candidate for St Austell) a few times as my business was doing direct mail for her.

“For some bizarre reason I asked if they wanted any help with the election campaign. I phoned up the Conservative office and said I was interested in helping with the campaign – two weeks later I was having lunch with Caroline, for me to suss her out a bit more. At the end of the lunch she asked whether I would be willing to stand for Cornwall Council.

“That was the first time I even thought of that – up to that point it had never entered my head.

“I spoke to some people I knew and asked them if I really wanted to do this.”

With the sitting councillor at the time serving St Austell Poltair on both the outgoing Restormel Borough Council and Cornwall County Council Mr Double admits: “I looked at it and thought, ‘well, I’m not going to win’ so I said yes I would give it a go.”

Having lived in the area since he was four years old Steve says that when he hit the campaign trail he found that behind almost every other door he knocked on was someone he knew.

And win he did, with a majority of 67 over his nearest rival, and found himself in a strange new world.

“The first council meeting I ever attended was the one after I was elected – I thought to myself, ‘what the hell have I done?!’.

The MP admits that his first few months were spent “watching and listening” and says that some on the opposite side of the council chamber criticised him for not saying much – but that was about to change.

Conservative council leader Alec Robertson created some new Cabinet support posts and offered one to Steve, which he duly accepted. He found himself thrown in at the deep end with some big issues to take responsibility for, especially for someone who admits that at the time their only interaction with the council had been for the odd planning issue or to pick up his bins.

“It was a very steep learning curve, but very enjoyable. The joint venture with BT was a huge thing I was involved in. I had that, the incinerator and public toilets – I was given some fairly meaty things to deal with. But I thoroughly enjoyed it.”

He says he thinks it is “inevitable” that eventually all local authorities will operate on a unitary basis. But he also believes that going unitary is a “mixed blessing”.

“Financially, if we hadn’t gone unitary then some districts would have been in real difficulty. From an economies of scale side it has definitely been a good thing.

“And it suits the Cornish identity very well to have one council that can speak strategically for Cornwall.

“We are very fortunate that we have a health authority, a LEP (local enterprise partnership) and local authority that all cover the same geographic area and I don’t think we make enough of what a huge positive thing that is. We really can present one united voice from Cornwall. In other parts of the country you have all those organisations overlapping.”

However there are downsides, says the MP: “You do lose localism and that has been the biggest challenge. No-one has found the answer of how you can get localism to work effectively. 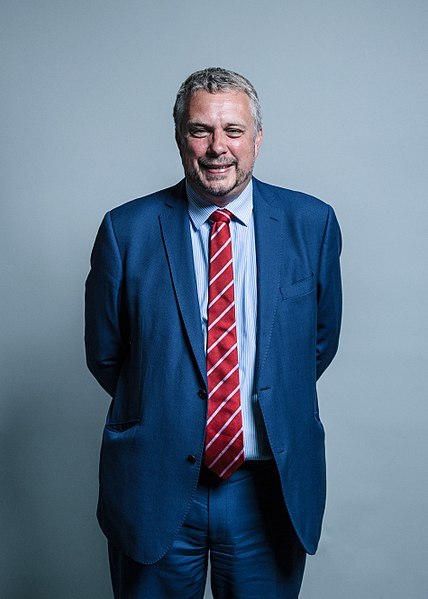 “Geography is a challenge. But localism has been the biggest loss as there has been a real sense of how communities see that.

And the MP is clear in where he sees Cornwall Council going in the future.

“The next ten years will be potentially about devolution in both ways – down to Cornwall and out from the council.

“Cornwall Council needs to devolve more down to town and parish councils and the big challenge is in those organisations delivering those services.

“In principle I support further devolution to Cornwall from Westminster and the question of a Mayor of Cornwall, I don’t think we should discount having a mayor.”

And the MP is also concerned about the impact that reducing the number of councillors from 123 to 87 in 2021 could have.

“Because of localism and nature and geography of Cornwall you could end up with people seeing the council as being just based in Truro. The councillors will have more to do and have to spend more time at County Hall.

“It will be a challenge with that smaller number to make sure that they can continue to represent their local divisions.

“We had this debate when I first started. I was running my own business and was very fortunate that I could, within reason, make time to spend on council business. Not everyone is in that position. It is something that does need to be looked at.

“We either go down the route of having lots of older, retired people or people who are fortunate as I was to manage their time themselves.

“People in regular nine to five jobs will find it very difficult to consider standing as a councillor.”

But Steve does have some suggestions which could help including not holding as many meetings in Truro and also not holding them during the daytime.

Looking back at his time at County Hall the MP says: “I genuinely loved the four years I had there. The only reason I didn’t stand in 2013 was to focus on becoming the MP. I felt I couldn’t do both properly.

“It was a new era for Cornwall and I was very proud of being part of that and being at the beginning. For me it was a step to where I am today.”