Council says sorry for “temporary” classroom failure in North Cornwall which has so far cost more than £500,000

Cornwall Council officials are to meet community representatives at Warbstow, between Launceston and Bude, next week to update them on plans for a temporary classroom which has reportedly seen costs spiral to more than £500,000.

The problem stems from the need to get a portacabin in place – without, apparently, realising that a new road would have to be built, and a crane employed, to reach the site.

The council has apologised and, after several weeks of questioning, has issued this statement:

“Cornwall Council would like to apologise for the time that it has taken to provide the new classrooms for Warbstow School and the inconvenience to all who have been affected by the works, including of course the wider community.

“It is acknowledged that there have been failings in the delivery of the new Classrooms for Warbstow School, particularly in communicating with the wider community, lessons have been learnt from this scheme and will implemented on future projects. It is proposed that moving forward, Cornwall Council will take the lead on the management of the project with support from Arcadis and will be holding regular meetings at the school to ensure that the new classroom is delivered in accordance with the proposed programme and that regular updates on progress will be provided.

“Obviously Cornwall Council will be looking closely at the contractual arrangements with the contractors to seek financial rectification.  Works originally planned to carry out repairs to an existing temporary classroom.

“Following further investigation of the old temporary building it became apparent that the building was beyond economic repair.  A replacement building was then proposed on a new footprint to allow the new classroom to be constructed whilst still being able to use the old classroom. 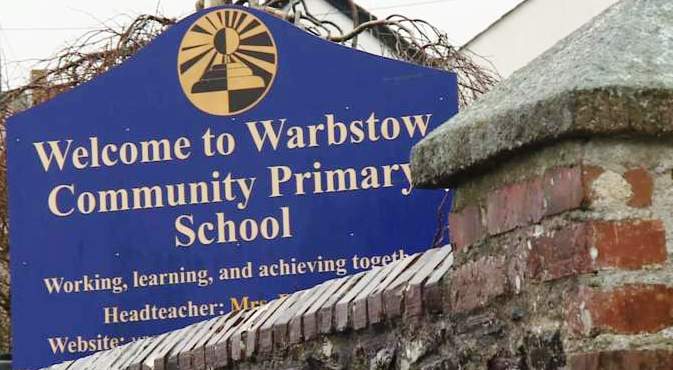 “Since the decision to expand the space further delays have been suffered, primarily because of existing ground conditions, particularly with regard to extensive ground water and the necessity to rebuild an existing retaining wall

“It is now understood that the size and weight of the new sectional buildings will mean that it will not be possible to crane these in from the school. Instead it is now proposed that a temporary road to allow for the crane and building delivery to be undertaken safely is constructed across the school field between Bury Close and the school. This will be removed upon completion of the works and the ground will be reinstated.

“The new classrooms are planned to be delivered to site on the 16th March 2018 and should then be available for use as intended by mid April.  A meeting was held with those affected by the works on 22/2/18 to explain the latest position with the key concerns being delay, costs, delivery timings and proposed Programme.

“A further meeting will be held on the 23/3/18 with the school, community, local representatives and Cornwall Council and Arcadis also in attendance to further explain the position.”