The main trade union representing Cornwall’s ambulance crews has expressed concern about possible “back office” job losses as a result of the new alliance with South East Coast and West Midlands services.

The alliance stems from Lord Carter’s report into NHS efficiencies, which called for £500 million in savings through an assault on “unwarranted variations” in services.

Between them, the three services handle more than 2.5 million 999 calls every year.  The existing South West Ambulance Service Trust covers 10,000 square miles (20% of mainland England) with a population of 5.5m. The Trust receives on average 3,200 calls per day.

Cornwall’s ambulances were once administered by the Cornwall & Isles of Scilly district health authority, which was abolished in 2002 and replaced with a primary care trust.

“Our concern though is this could lead to back office job cuts.  Staff are already massively over-stretched, and any reduction in the workforce will increase the strain they're under.” 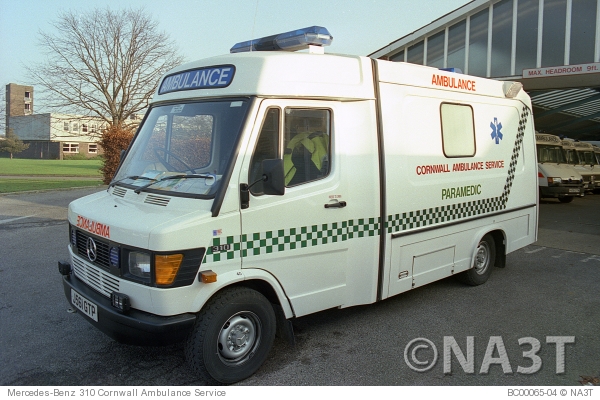 The way we were: Cornwall once had its own ambulance service, which became part of the South West Ambulance Service Trust several years ago.  Photo courtesy Barry Coppola (Memorial) Collection/NA3T Archive

Ken Wenman, Chief Executive of South Western Ambulance Service (SWASFT), said: “I am really excited by this new alliance.  There are significant benefits for both our people and our patients from the three services working more closely together.

"It will allow us to reduce duplication and learn from best practice which will save money and ultimately improve the care we provide for our patients.”