Posted By theboss on 1st December 2017

Allyson Pollock is a member of the British Medical Association’s council, and is one of a group of professional medical experts challenging Health Secretary Jeremy Hunt over his introduction of “Accountable Care Systems” – which signal the end of a “National” Health Service and its replacement by local commissioners and providers, who will be able to decide their own priorities.

Professor Pollock, and three colleagues, have successfully raised enough cash to start Judicial Review proceedings challenging the legal basis for an ACS, also known as Accountable Care Organisations (ACOs.)   Health campaigners in Cornwall are now exploring the possibility of seeking to have Cornwall Council joined to those proceedings, or at least helping to raise cash to support further legal action against Mr Hunt.

Allyson Pollock is Professor of Public Health Medicine at Newcastle University.  This is an article she wrote recently for the British Medical Journal:

The Secretary of State for Health, Jeremy Hunt, intends to change secondary legislation to enable US-style accountable care organisations (ACOs) to operate in England. He has consulted on technical changes to 12 regulations which would define ACOs and let them operate under contract. But so far, there has been no public consultation about whether the law and the NHS should undergo this major change.

ACOs were conceived in the US in an effort to stem rising healthcare costs caused by fee-for-service payments and Medicare fraud in a commercial system.  They involve government and private insurers awarding large contracts to commercial providers to run and provide services. The evidence on quality improvement is contested, and at best mixed, while projected savings to federal budgets translated into a net loss in 2015 and spending may have increased.

NHS England (NHSE) says that it intends to consult on a standard model contract for ACOs in 2018. But if Hunt’s changes are brought in before then, the legal framework would facilitate ACO contracts to be introduced before the public consultation. That consultation would then be too late to influence a major—and deeply worrying—reorganisation of health services, including what the government refers to as a “dissolution of the boundaries” between health and social care.

If ACOs are allowed to operate they can be given multi-billion pound health and social care budgets, including those for GPs and public health, for up to 10, or possibly 15, years.

The rationale for ACOs is the integration of health and social services, and reduction in the complexity and expense of the tendering process. That rationale has quietly extended to “dissolving” the boundaries between health and social care—a move that could have far reaching implications for the availability of free health services and which has not been publicly debated.

ACOs are not recognised in the UK, and there is no proposal to enact primary legislation, which would have to pass all parliamentary stages, to introduce them. The proposed changes to secondary legislation are presented as minor and technical, but the consultation Hunt has conducted told us next to nothing about them. They were even defined differently in different regulations.

Crucially ACOs will be non-NHS bodies, “designated” by NHSE, even though there is no statutory provision conferring such a function on NHSE. Behind the ACO it appears that there will be a network of companies—such as large providers, sub contractors, insurance companies, and property companies—but the consultation is silent on ACO membership or their contractual relations.

According to NHSE, ACOs will be in charge of allocating resources—effectively deciding which services are provided and to whom; which services are available free, through insurance or out-of-pocket payments; and which services are to be means tested. They can take over patients on GPs’ lists, and they can sub contract all “their” services.

The consultation failed to address many issues—why, for example, are ACOs necessary to achieve the stated policy objectives? No explanation was provided for why the powers already given by parliament to integrate services are insufficient to achieve the objectives. 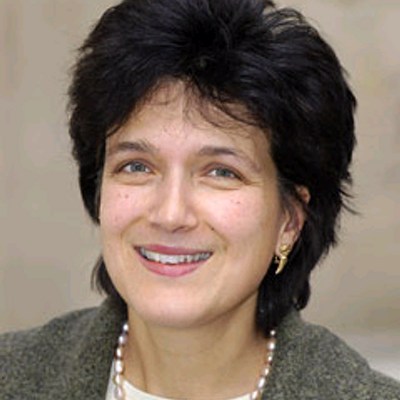 The consultation neither set out, nor called for, evidence on ACOs likely effect on outcomes and inequalities, or on the scope, range, entitlement, and access to services, which are especially important given the different funding and population bases for health and social services.

The accountability rules an ACO would be subject to, including public rights of involvement in its decision making, were barely mentioned, and the governance and transparency rules not at all. Nothing was said about how the ACO would be prevented from walking away from the contract. The consultation was also silent on the applicability of freedom of information and human rights laws, and whether ACOs would be amenable to judicial review.

ACOs are being introduced at a time when the 207 clinical commissioning groups are increasingly merging and aligning with the 44 non-statutory Sustainability and Transformation Partnership “footprints” across England.  STPs are now forming as virtual organisations, possibly to replace CCGs, thus making it easier to drive through £26 billion savings and associated cuts and closures, reducing the need for local public consultation.

Introducing ACOs is so fundamental that the proper way to do so would be for the proposals and their justification to be set out openly and clearly, as in a White Paper, and to invite wide public and professional responses—including in Scotland and Wales where the impact of ACOs is entirely unknown. It is of grave concern that this has not been done to date. It is still open to Jeremy Hunt to do so.

What are we seeking and why?

We are seeking a judicial review to stop the Secretary of State for Health Jeremy Hunt and NHS England from introducing new commercial, non-NHS bodies to run health and social services without proper public consultation and without full Parliamentary scrutiny.

These non-NHS bodies are known as Accountable Care Organisations (ACOs). They will be governed by company and contract law and can be given “full responsibility” for NHS and adult social services.

ACOs were conceived in the US about 12 years ago. They are now being imported into England although they are not recognised in any Act of Parliament.

They will be able to decide on the boundary of what care is free and what has to be paid for. They will be paid more if they save money.

They can include private companies (eg Virgin in Frimley, Circle in Nottinghamshire), including private insurance and property companies, which will make money from charging.

They can also include GP practices, in which case people on their lists will automatically transfer to the ACO in order to be entitled to services - new patients will also have to register with the ACO.

They will be allowed to sub-contract all “their” services.

Against the Public Interest

ACOs will fundamentally change the NHS and involve a radical reorganisation of health and social services. They will have control over the allocation of NHS and taxpayers’ money. Their accountability for spending it and their obligations to the public will be under commercial contracts, not statutes. This will not be in the public interest.

It is also against the public interest that they are being introduced by stealth, without proper public consultation and without full Parliamentary scrutiny.