And the winners are………meet the likely Euro MPs who will represent the South West, according to the latest opinion polls

The final clutch of Sunday opinion polls suggest there will be a dramatic result in Thursday’s European Parliament election, particularly in the South West region where the Brexit Party is on course for a landslide victory.

Unless the opinion polls are uniformly and spectacularly wrong, it is now possible to identify five of the six Euro MPs who will be elected in the South West next weekend.  Three of them will come from a political party which did not even exist a few months ago.

All of the polls report the further development of a trend which has seen Conservative support collapse on both sides of the Tory Party, with some pro-Europeans – including Lord Michael Heseltine – switching to the Liberal Democrats and much larger numbers of anti-Europeans switching to the Brexit Party.

Labour has also been losing support, with pro-Europeans switching to the Green Party.

In the South West, where sample sizes are much smaller and the data therefore less reliable, a YouGov poll commissioned by the pro-EU “Better for Britain” campaign has the Brexit Party on 42%, suggesting the Brexit Party could get four Euro MPs, with one each for the Liberal Democrats and Greens.

A ComRes poll, however, like Opinium, also has Labour in second place in the South West on 16% ahead of the Liberal Democrats on 11%.  ComRes has the Brexit Party on 29% in the South West and the Conservatives on 11%.  You can download the raw ComRes data here: ComRes

All the polls suggest the contest is now a race for second place, between Labour and the Liberal Democrats.  Nationally, most polls have Labour comfortably ahead of the Lib Dems, but in the South West it could now be neck-and-neck.  This would give the Lib Dems their first Euro MP since the Greens’ Molly Scott-Cato defeated Graham Watson in 2014.

The voting system used on Thursday is not completely proportional, and tends to favour larger parties.  This means that Labour and the Liberal Democrats should each get at least one Euro MP when the votes are counted on Sunday.  It is possible that one of them might get two.

None of the likely winners will come from Cornwall, despite Mevagissey’s James Mustoe being second on the Conservative Party’s list.  Even number one candidate Ashley Fox must fight hard over the next few days to hang on.  The sixth berth on the South West list looks like it could to any of Labour, Conservative, Liberal Democrat or Green.

Compared with the start of the campaign, this marks a significant improvement for the Liberal Democrats and a decline for Labour. 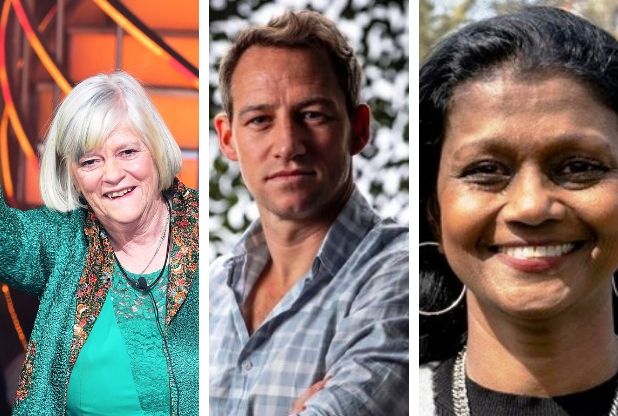 Above: The three Brexit Party MEPs likely to emerge victorious in the South West at 10pm next Sunday: Ann Widdecombe, James Glancy and Christina Jordan.  Below: Labour's Clare Moody should hang on, and Liberal Democrat Caroline Voaden should get elected. 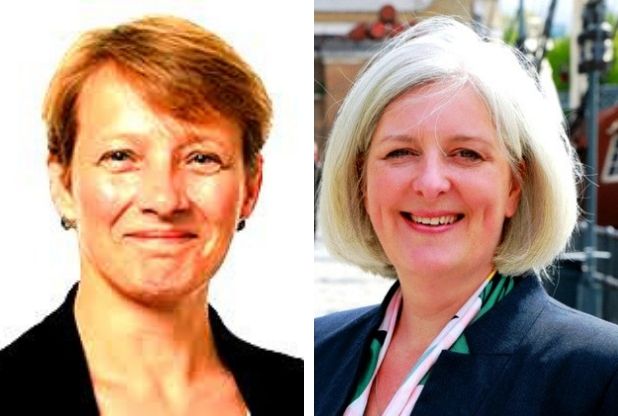 Below: The d'Hondt voting system used in the Euro elections makes it impossible to predict who will get the sixth berth on the South West list.  According to the opinion polls, the Greens' Molly Scott-Cato, the Liberal Democrats' Martin Horwood, Labour's Andrew Adonis and the Conservatives' Ashley Fox have roughly equal chances. 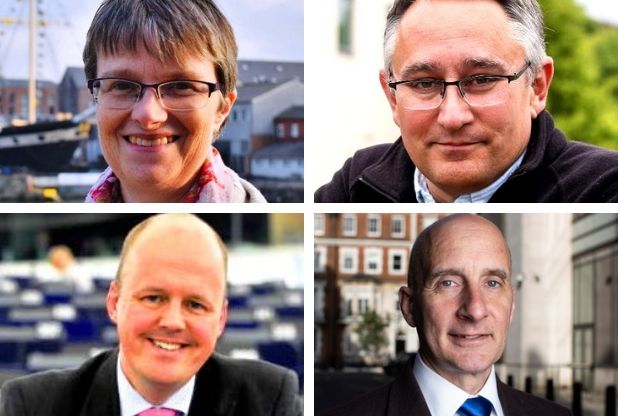 Unless there is a significant development in Westminster’s approach to Brexit, all of the Euro MPs elected next weekend will serve only a maximum of four months, with Britain due to leave the European Union – with or without a deal – on 31st October.