After the football – business as usual with Cornwall’s NHS, and why it’s important to keep an eye on what’s happening in Parliament

It was all going so well.  Still, I have now seen England play in three World Cup semi-finals, and that’s more than most people get to see.  Not sure what I’ve missed over the past few weeks, but no doubt I’ll find out soon enough.

I apologise for returning so soon to the subject of the National Health Service, but historians might in future point to last week as a pivotal moment for the NHS, not least because we saw the back of Jeremy Hunt as Health Secretary.

Hundreds of people across Cornwall took to the streets last weekend to celebrate the 70th birthday of the National Health Service.  But possibly even more significant was the emergence of a real alternative to decades of fragmentation and privatisation.

I had not fully appreciated the power of this blog.  After last week’s rant about how the Labour Party’s frontbench appeared to be watering down its commitment to re-instate the National Health Service, Labour did a U-turn and reversed the whips’ decision not to support a 10-minute Rule Bill introduced by nurse-turned-MP Eleanor Smith.  The Bill represents a problem for some in the Labour Party, because historically some of the fragmentation and privatisation of the NHS is down to them.

This Bill got its first reading on Tuesday.  It is now even more significant given that the law courts, currently, say it is not for them to reverse government policy.

Two Judicial Reviews (which might still be appealed) have declared that it is for politicians, not lawyers, to say whether or not the NHS can be broken up.  The courts have effectively given the green light to Cornwall Council’s ambition to see health commissioning, and budgetary control, dictated from County Hall.

Away from the public’s gaze or any kind of scrutiny, work is quietly continuing on what is now called Integrated Strategic Commissioning.  A meeting of Cornwall’s Health & Wellbeing Board, which had been due to seek an update yesterday, was cancelled.

A meeting of the council’s Health & Adult Social Care Scrutiny Committee, due next Wednesday, will instead be told that in future updates may be given outside of committee meetings.  If I were a Cornwall councillor I would be very nervous about this.

Officials say: “Agreement has been reached with the Monitoring Officer for development briefings to be held and that when necessary these can be outside of the schedule of meetings. The development briefings will have to be clearly defined and within existing officer resource. As previously discussed they will not be able to be held when there is an inquiry ongoing. The regular updates from the Shaping Our Future and Integrated Strategic Commissioning programmes will be by briefing, other than when a recommendation is required.”

It is good to know that these “development briefings” are to be “clearly defined.”  But when, and by whom?  Who will decide “when a recommendation is required?”  Do you really have to be a tired old cynic to wonder if this is simply another example of an officer-led council treating elected politicians with contempt?

Some of my councillor friends have already had an ear-bashing about their failure to challenge hospital closures.  Cornwall Council could have, and in my opinion should have, referred to the Secretary of State the closure of health facilities at Saltash, Fowey, St Ives and Bodmin.  There has been no public consultation, which is required by law, on the grounds that these closures are “temporary.”

A proper defence of the NHS would insist that calling a two-year closure “temporary” is taking the micky, and that in any case nothing should be closed until an agreed alternative is in place.

Unfortunately too many councillors do not understand that they are politicians, whether they like it or not.  That’s why the NHS Reinstatement Bill, which now appears to enjoy the support of Labour’s front bench in Parliament, is so important.

The Bill declares an alternative vision which should be seen and talked about within County Hall, particularly as Cornwall Council is currently set on a course which is in diametrically the opposite direction.  Cornwall’s main acute healthcare provider is rudderless and breaking up on the rocks of austerity.

The NHS Reinstatement Bill would: 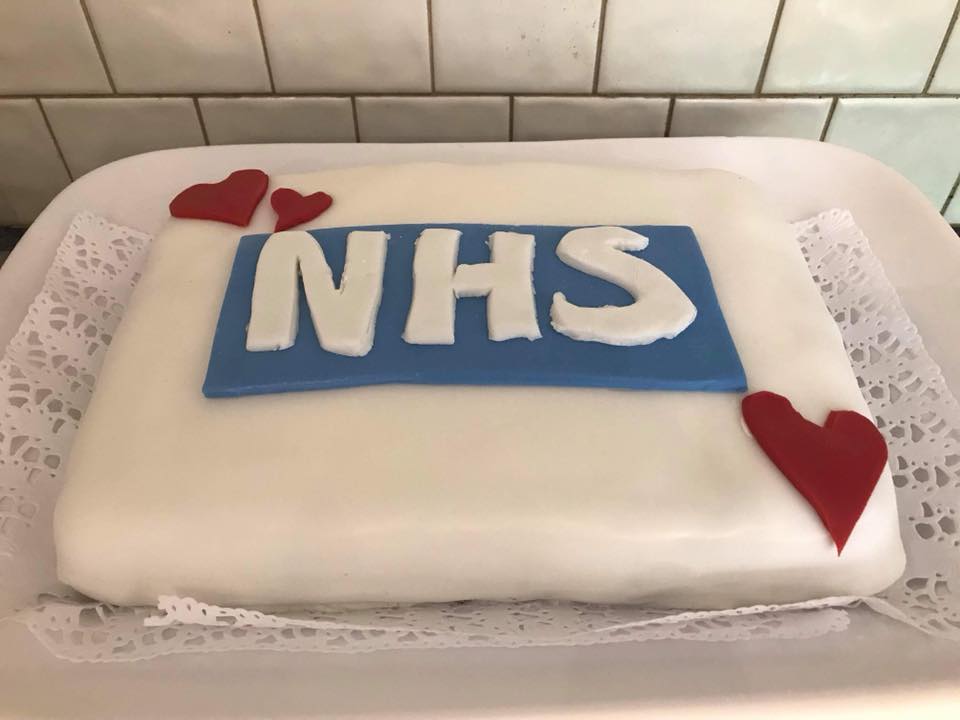 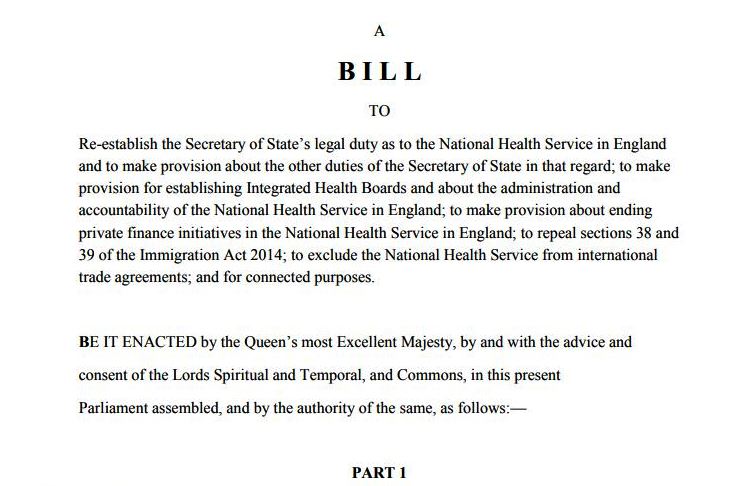 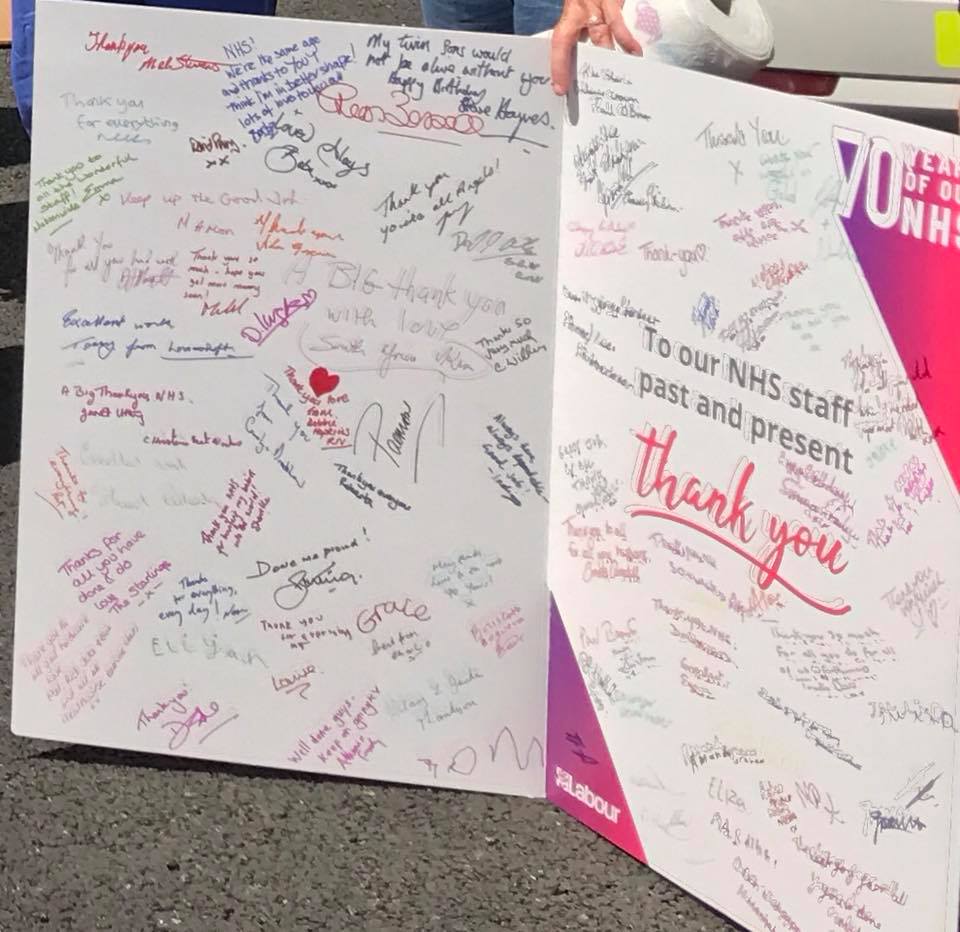 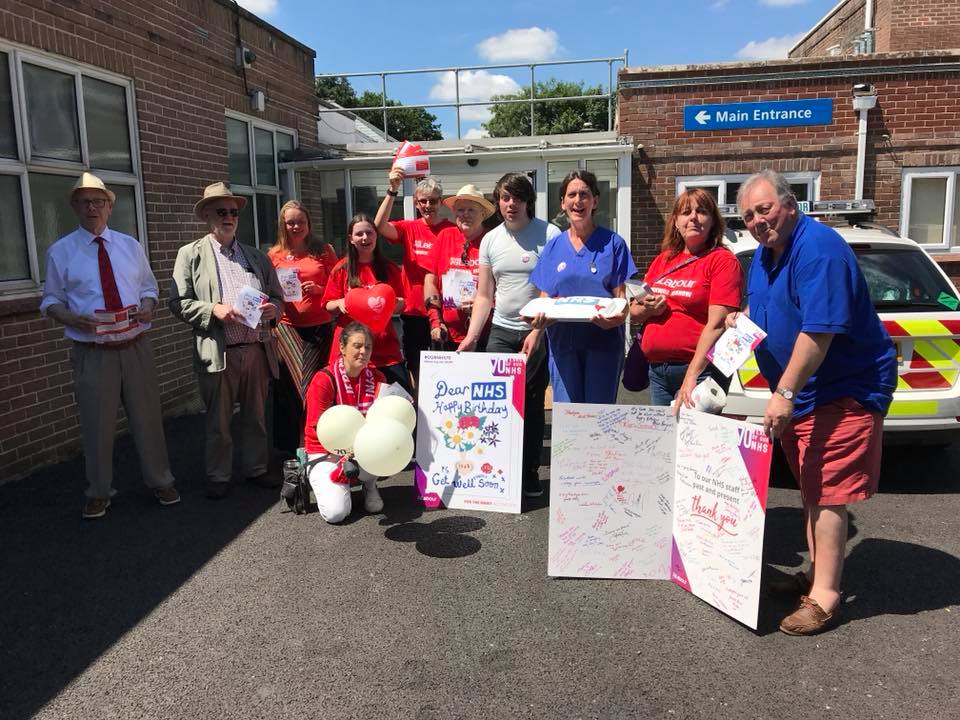 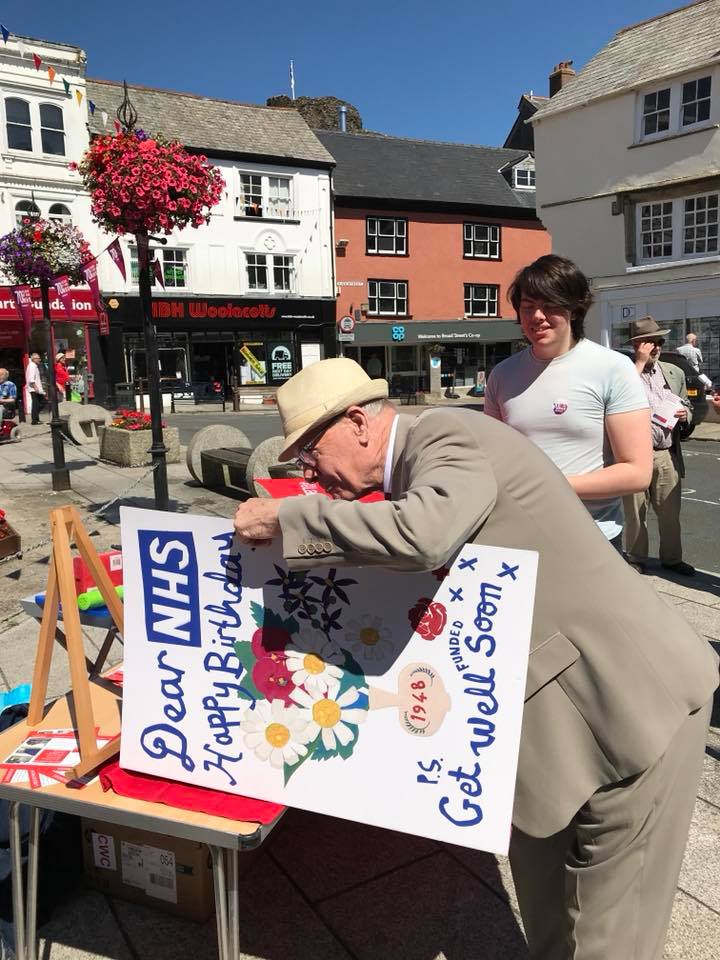 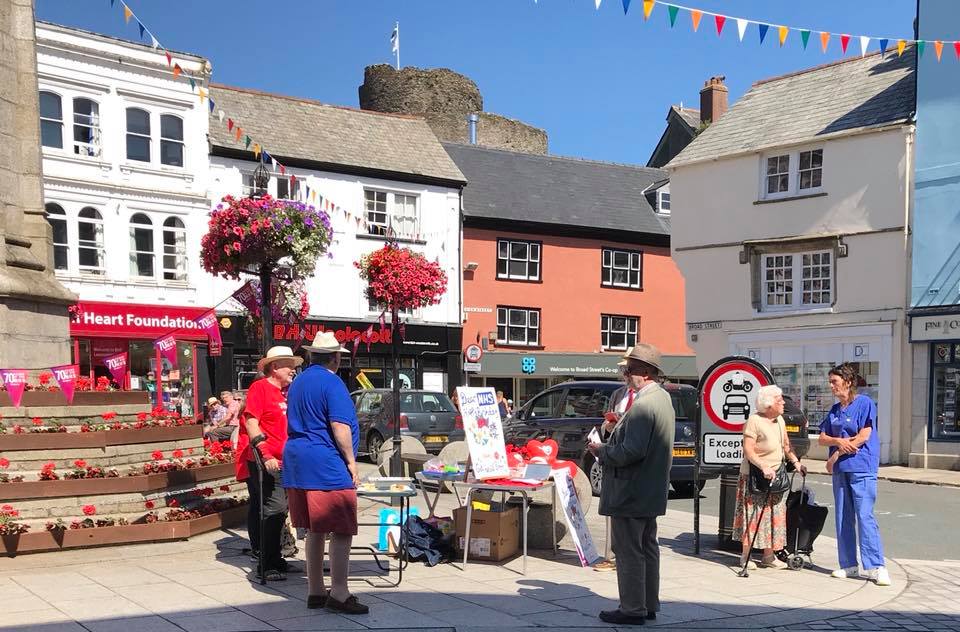 Above: while I (and a few others) obsessed about the football, Cornwall's health campaigners did their bit to celebrate 70 years of the NHS

The Bill returns to the House of Commons on 26th October and it will be very interesting to see if any of Cornwall’s MPs can be persuaded to support it.  Cornwall councillors from Saltash, Fowey, St Ives and the whole of North Cornwall (which had been served by Bodmin’s new and purpose-built Treatment Centre, until its closure more than a year ago) would do well to at least read it.