The Wadebridge Renewable Energy Network (WREN) hosted an event in the town hall on Wednesday 8th February, to mark the end of the Sunshine Tariff Trial, with a presentation of the results followed by dinner.

More than 40 people attended, many of them people who had taken part in the trial.

Food was provided by Keep Cornwall Fed, a pop-up catering company with a difference. For every meal they sell, they donate a healthy hot meal to someone living in food poverty, using waste and surplus food. https://www.keepcornwallfed.com.

Beer was from the Fowey Brewery.  The evening event followed a successful on-line “webinar” hosted by Regen SW on Tuesday afternoon, to which more than 140 people, primarily from the electricity industry and government, signed in.

The trial found that domestic electricity consumers shifted their usage from peak period to off-peak in response to lower time of use tariffs.

The trial offered electricity at 5p per unit (kWh) from 10am to 4pm and a higher price (18p) outside those hours, during the summer. Participants in the trial did shift their usage, with those given automation technology shifting more.

However, the effect was not in itself sufficient to enable more renewable generation to be connected to the electricity network, the trial concluded. The full reports have been published and are available on the WREN website here.

The Sunshine Tariff was a project to see if electricity pricing could be used to influence domestic consumer behaviour, shifting demand in summer from the high cost early evening period to the low cost daytime.

The value of shifting demand lies in using locally generated solar power at the time it is produced, thus easing the load on the distribution network and potentially enabling more renewable generation to be connected without major reinforcement work. 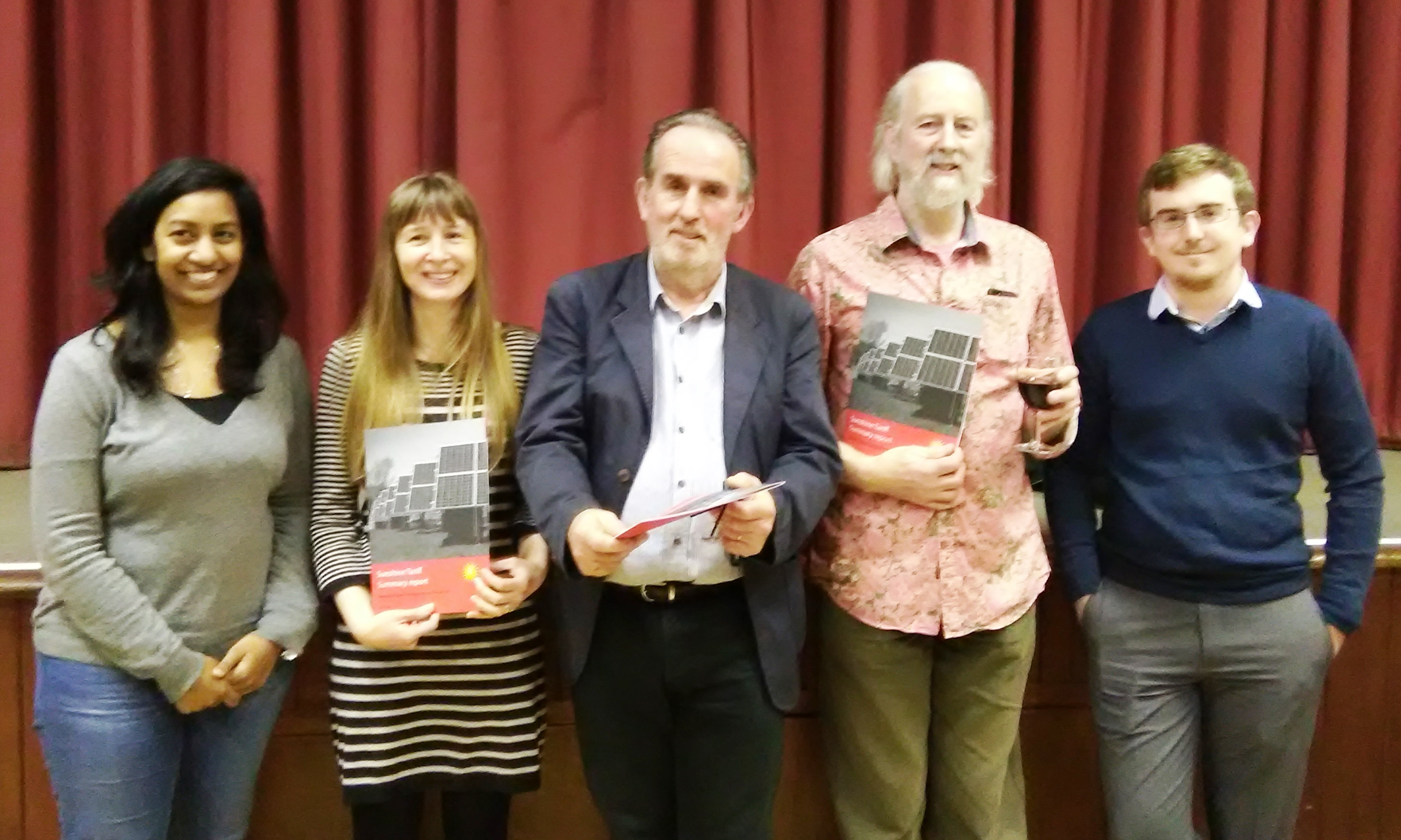 Wadebridge has been in the forefront of renewable energy developments as a community, with over 10% of its homes having solar PV installations. The WREN membership of more than 1,100 people, most of them local, gave a good base for recruitment to the trial, which required that all participants live in the same local area, supplied off a single electricity substation.

The trial aimed to establish how people responded to a time of use tariff. The findings showed that there was an overall shift in demand averaging 10% to take advantage of the low daytime tariff. The participants provided with automation technology to help them switch devices on and off at appropriate times shifted more (around 13%) than those who had to work out their own ways of doing it (around 5%), indicating the essential nature of automation for a future smart network. Overall, however, the shift in demand was not seen as sufficient to release additional generation capacity on the electricity network.

It was also noted that the cheap tariff was not sufficient to attract large numbers of participants in the first place. Numbers were lower than hoped for, indicating the difficulty of achieving the required concentration of domestic consumers in a local area.

The findings are significant for future developments of the electricity network, and over the last two months there have been announcements of further trials and commercial offerings of time-of-use tariffs to domestic consumers.