Posted By theboss on 3rd November 2021

Two of Cornwall’s MPs have put their names to a controversial proposal which would have the effect of shelving an official, independent report on “sleaze” which is critical of one of their colleagues.

St Ives MP Derek Thomas and South East Cornwall’s Sheryll Murray are signatories to “Amendment A” which is due to be voted on this afternoon (Wednesday) when the House of Commons considers a “cash for lobbying” report on North Shropshire MP Owen Paterson.

The cross-party MPs’ committee on standards has recommended that Mr Paterson should be suspended as a Member of Parliament for 30 days.

The committee investigated Mr Paterson’s role as a £112,000-a-year representative for two companies.  He receives this cash in addition to his £79,000 a year salary.

The committee found that Mr Paterson approached government ministers on behalf of his employers, in breach of Parliamentary rules designed to clean up the “sleaze” scandals of the 1990s.

The committee's report said: "No previous case of paid advocacy has seen so many breaches or such a clear pattern of behaviour in failing to separate private and public interests." 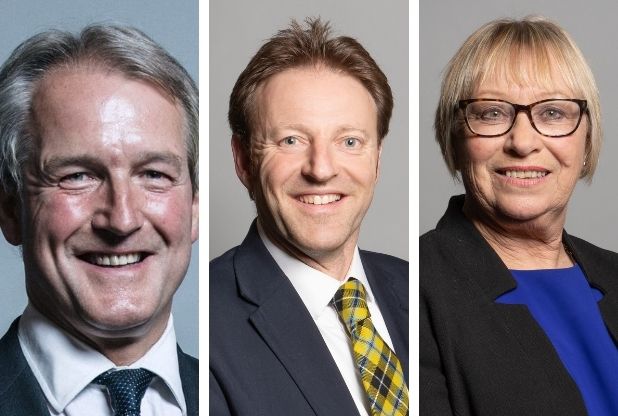 But a 30-day suspension has the potential to trigger a by-election.  The amendment supported by Mr Thomas and Mrs Murray declines to action the committee’s report and seeks to set up a new committee to undertake a fresh inquiry.