Posted By theboss on 4th October 2017

Revised plans to build 600 homes on land between Egloshayle and Sladesbridge are close to being submitted to Cornwall Council, following news of a possible new pitch for the local Camels rugby club.

A similar application was rejected in March, with critics describing it as “Wadebridge New Town.”  Several local councillors say the idea runs contrary to their emerging local Neighbourhood Development Plan, with most residents in Sladesbridge particularly hostile.  But the proposal has recently been attracting more support from within Wadebridge, where some see it as an alternative to further development in the north western part of the town.

The Sladesbridge scheme promises a significant amount of "affordable" housing, including a percentage of plots for self-builders, as well as new health facilities and other infrastructure offers.

Now Truro-based Progress Land Ltd has submitted a Planning Performance Agreement (PPA) for the first stage in their vison for Wadebridge.  The PPA includes a new rugby pitch, and a Park and Cycle project to encourage greater use of the Camel Trail.

Graham Fincham, Director of Progress Land, said: “This new pitch with an expanded car park for the park and cycle is the first part of a phased development for the area. We are pleased to be working with Wadebridge Camels to help this wonderful club secure more space for a second pitch.  As part of our commitment to sustainable transport, we are keen to work with others to explore how the site can be linked into an improved off-site cycle network into Wadebridge town centre.”

Chairman of Wadebridge Camels, Jon Hughes, said he wanted to see the club get a second pitch at the ground.  “I am really proud of our achievements,” he said.  “We compete well in our current league with teams from Devon and Cornwall.  The club is run by volunteers and we really love the game at its grassroots heart. We are proud of our community and especially our sponsors who provide us with so much support.

“We have teams from Minis – Under 7 years to Under 11 years,  and teams in every age group under 16’s both boys and girls. We have a great reputation for growing talent – we have developed young players who have progressed to more senior clubs such as Bath, Cornish Pirates, with Ollie Barkley being our most famous representative having played for Bath and England.

“However, we are desperate for space.  We have to hire pitches every week out of the town which incurs additional transport costs for players and parents alike. We cannot control the quality of the ground and it is a logistical challenge moving players and coaches around. 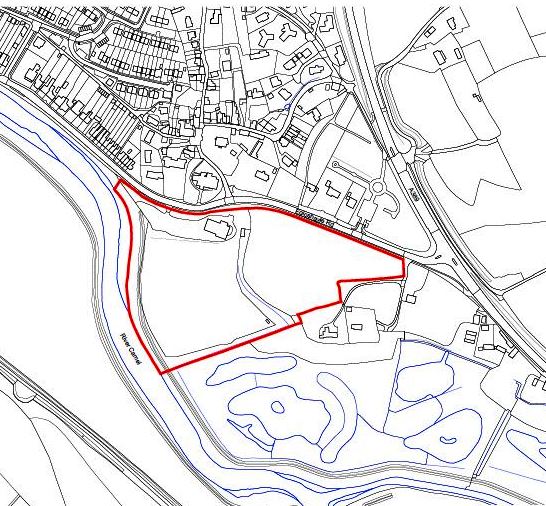 “We continue to hold community events at the club such as a well organised and supported firework display in November and the clubhouse is available for hire to members of the public.

“I am really clear about what our Club needs to secure its future, and this land will provide that security for years to come. We are known as Cornwall’s sleeping giant – well, I want us to wake up.

“I know we can work with the team at Progress Land and our community so that Wadebridge has a Rugby Club that can keep producing players for the future and provide high quality and exciting matches.

“The opportunity to have another pitch that we can use for training would be wonderful and the opportunity for an additional pitch as part of the Church Park development by Progress Land is just outstanding, we will be right at the gateway to Wadebridge.”

Mr Fincham added: “We will shortly submit a separate revised planning application for a sustainable new neighbourhood providing much needed new homes and facilities for the local community. The scheme has been designed to respond to the landscape characteristics of the site, with public open space making up one third of the total scheme. Substantial areas of parkland, natural greenspace and play areas will provide new opportunities for recreation, leisure and fitness and I am really pleased that Wadebridge Camels will benefit.

“There is a lot to do and we look forward to consulting with the community.”