By Graham Smith
Follow @CornwallReports
The “killer clown” craze which fuelled a media frenzy earlier this year resulted in hours of police time for Devon and Cornwall Constabulary.

In response to a question asked under the Freedom of Information Act, the police have disclosed that they responded to nearly 100 clown-related incidents in only six days during October.  On 11th October alone, police dealt with 23 alleged "clown crimes."

Among the entries in the official police log are “somebody dressed as a clown in the middle of a field” near Saltash, “group of youths seen with clown suit” in Falmouth and “clown seen in woods” near St Austell.

Other “clown incidents” might have been more serious – such as “clown seen with knives” in Camborne – but none resulted in any arrest. One Falmouth incident, in which “children were dressed as clowns, scaring people,” resulted in officers dispensing advice “about possible offences.”

Newquay police found themselves dealing with a “van parked with several 'killer clowns' getting in and out.”

The annual police statistics now seem likely to be swelled by scores of reports of “rowdy or inconsiderate behaviour” with the most severe response in Cornwall apparently to have been a Stage One Anti-Social Behaviour letter sent to “two teenage males in clown masks, hanging around,” in Torpoint. 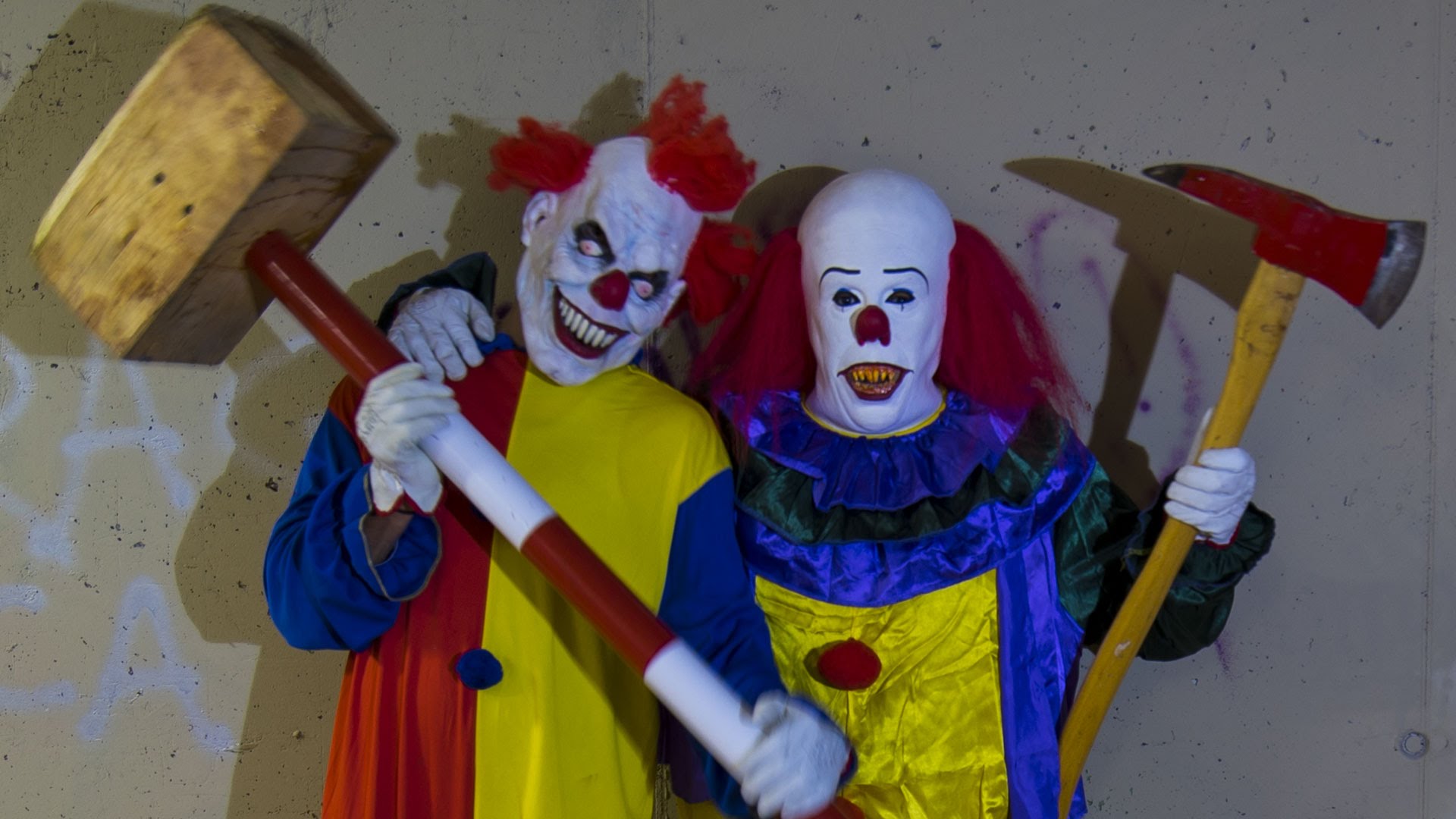 The vast majority of police responses to “clown crime” were in Plymouth, where officers tried to chase a clown seen with a knife but were unable to identify the person.

At the height of the craze in early October, Chief Inspector Cath Farrin warned clowns they risked a criminal record.

“This is completely unacceptable," she said. "Those taking part in these pranks must realise that their actions are causing distress to the public due to the intimidating and threatening nature of their actions.

“Police will investigate these reports and we are taking this very seriously. We will arrest, and we will look to charge those causing distress with public order offences, especially those who appear to be carrying a weapon of any kind.
"I would like people to consider if this prank is worth a criminal record? Those taking part are running the risk of arrest and a court appearance, and therefore could possibly lose their job.”