Cornwall Council is coming under pressure to walk away from its role in the shake-up of health and social care services which will entail budget cuts of £264 million over the next five years.

The council is a key partner in the Sustainability and Transformation Plan (STP) which is currently engaged in a travelling roadshow public consultation, designed to recommend a package of reforms later this year which will ultimately be decided by Health Secretary Jeremy Hunt.

One of most important ambitions of the STP is to bring closer health – provided by the NHS - and social care, provided by local authorities.  The difficulties of discharging patients from hospitals without adequate support at home or in communities is often cited as a major inefficiency in the system.

But at a public meeting in Penzance last night, convened by former St Ives MP Andrew George and attended by nearly 300 people, several speakers called on Cornwall Council to wash its hands of the STP and to declare it a politically-motivated attack on health and social care.

Sue James, Liberal Democrat councillor for St Just and Pendeen, said she tried to raise the issue at a full meeting of Cornwall Council but had been thwarted by officials who ruled her proposed motion out of order.  Penzance councillor Cornelius Olivier (Labour) said it was wrong that Cornwall Council was taking part in the STP without elected members having the chance to debate the issue.

The council’s chief executive, Kate Kennally, recently took over as chair of the STP, following concern that the process was not sufficiently focussed on meeting Cornwall’s needs.  Council chiefs say that it makes sense to join health and social care and that without County Hall’s involvement, patients would be at even greater risk on discharge from hospital. 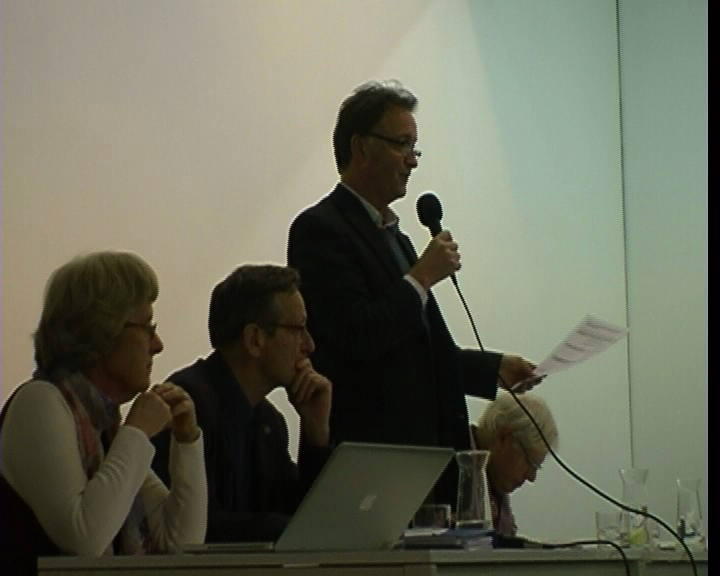 But critics suggest that the council is “simply helping the government to make cuts and butcher the NHS.”

Rik Evans, a former deputy chairman of the Royal Cornwall Hospital Trust, told last night’s meeting that the true motive behind the STP was privatisation of health and social care.  “They want to slash wages and reduce working conditions and get everything on the cheap,” he said.  “That means a worse service for patients.  My advice is to put pressure on the council and say you should be having nothing to do with this.”

Mr George invited people to indicate their preferences for how the STP should be approached, including if they were willing to pay a modest increase in tax to save the NHS.

Health campaigner Marna Blundy said she was concerned that local community hospitals might be closed, and sold, in order to finance “improvements” in other parts of the social care system.  “Mind the gap,” she said.  “If you take away one part of the system without having already provided for that care somewhere else, that’s incredibly dangerous.”

St Ives’s Conservative MP Derek Thomas was unable to attend the meeting last night, but in a statement read on his behalf said he was meeting the Chancellor next week and would press for more funding for the NHS.