The Cornwall Council cabinet line-up is due to be announced tomorrow (Weds) and is expected to include some new faces.

Among the Liberal Democrats returning to the front bench are Edwina Hannaford and Geoff Brown.  The newcomers are Sue James and Rob Rotchell.  The five Independent members of the cabinet, revealed by Cornwall Reports on Sunday, are Julian German, Andrew Mitchell, Sally Hawken, Bob Egerton and Mike Eathorne-Gibbons.

The respective portfolio jobs are also due to be announced tomorrow.  Committee chairmanships are unlikely to be announced until after the general election, not least because the former chair of the important Strategic Planning Committee, Rob Nolan, is currently a Parliamentary candidate. 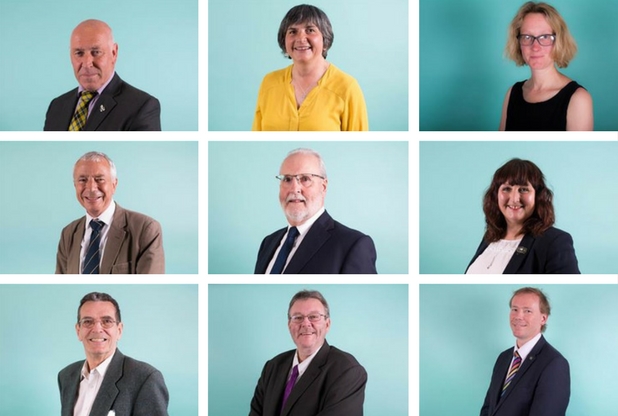 Meanwhile the Local Government Boundary Commission is due to announce next week how many councillors it thinks are needed to run Cornwall Council’s £1.2 billion budget.  The previous council had suggested 99 members, from the original 123, but most observers expect the Commission to rule that significantly fewer are required – possibly no more than 85.  The Commission will then set to work on re-drawing local ward boundaries, sweeping away about 40 Cornwall councillors in an exercise which will, at a stroke, save taxpayers more than £500,000.