Can Sophie pull it off? The future of Cornwall’s leisure centres might start to become a little more transparent by the end of next week

Important steps are about to be taken to determine the future of Cornwall’s leisure centres, with the prospect of a few clues emerging from County Hall over the likely direction of policy within the next few days.

Last week’s scrutiny committee, abandoned because of technical difficulties, will now meet on Tuesday (26th October.)  It will again be asked to launch a councillor-led inquiry, forcing an immediate adjustment to the closure timetable.

But one of the most important decisions appears already to have been taken, with the strategic director for neighbourhoods, Sophie Hosking, appointed to lead Cornwall Council’s attempts to salvage as much as possible.

Cornwall Reports understands that when rumours of leisure centre closures first started to develop – more than a year ago – County Hall immediately identified the issue as a catastrophic mess which somebody, one day, was going to have to clear up.

Ms Hosking did not join the council until 2020 and is not “tainted” by the decisions of her predecessors, who in November 2016 decided to outsource leisure centres to the London-based GLL management company, to the dismay of what had once been an in-house operation.

The 2016 drive to shed responsibility for leisure followed the arrival of chief executive Kate Kennally, from Barnet council, a noted enthusiast for outsourcing.

Ms Hosking’s political boss now is the cabinet member for neighbourhoods, St Minver’s Carol Mould – who is known to be very concerned about County Hall’s plans to close the Wadebridge leisure centre, as well as those in Falmouth, Launceston and Saltash, together with the hydrotherapy pool at St Austell.

Many councillors fear that if the council agrees to GLL’s request to close these facilities, it will not be long before the company tries to close others, with St Ives most likely to be next on the “hit-list.”

Ms Hosking is expected to start a series of meetings with local community groups next week, to launch an initial exploration of the sorts of ideas which might keep the leisure centres open.

Some of the early ideas include allowing GLL to exploit local unpaid volunteers, encouraging town and parish councils to take over the management, setting up new local organisations, forcing GLL to honour its 2017 contract or – in the event that GLL just walks away – start from scratch and devise an entirely new leisure strategy, which might involve County Hall creating its own arms-length company, as many other councils have done.

There are several local groups starting to emerge across Cornwall, not all of them with the same agenda.  Falmouth’s Ships and Castles leisure centre, for example, occupies an extremely valuable site and yet does not currently provide a 25-metre swimming pool, having been built primarily as a “fun pool” for tourists.

There are competing ideas about what would be the best option now for local residents.  None of the ideas can make any progress at all unless Cornwall Council agrees to disclose information which it has previously insisted is “commercially confidential.”

At the same time as the council’s official “public consultation” draws to a close – the deadline for responses is 31st October – County Hall’s fourth floor is in turmoil over what could become a fundamental reorganisation in pursuit of up to 600 redundancies.

There is clearly a risk that the leisure centres might “fall through the cracks” as the council fills its days considering various restructuring models of its wider service delivery requirements.

Politically, the cabinet member who is responsible for the GLL contract is the portfolio holder for “customers,” St Austell’s Richard Pears.  His main area is Corserv, and in May he replaced former Independent councillor Mike Eathorne-Gibbons, who had theoretically been in charge of hiring the consultants Strategic Leisure Ltd.

But when the leisure centres were outsourced, in 2016, it was the then cabinet member for “resources,” Launceston’s Adam Paynter, who provided most of the political cover for County Hall’s officials.  His most senior “civil servant” at that time was Michael Crich, whose job title had been strategic director for “economy, enterprise and environment.”

In 2014 and 2015, Mr Crich had made no secret of his ambition to sell leisure centres and use the sites for housing.  He has since left the council.  A big test for Ms Hosking now will be the extent to which she can cut through County Hall's notoriously paranoid "silo mentality" to bring bring together the various empire-builders.

The assorted local groups who are now being invited to explore ideas with Ms Hosking would do well to recognise that there has never been a “golden age” for leisure centre management in Cornwall.  Most were built in the 1980s and operated by the former district councils.

But almost from the moment they opened, they started to fall into disrepair.  Running indoor heated swimming pools is very expensive.

The ownership of these leisure centres passed to Cornwall Council in 2009, when the district authorities were abolished. The future of some leisure facilities came under threat immediately, with Camelford, and the Par running track, among County Hall’s early targets. 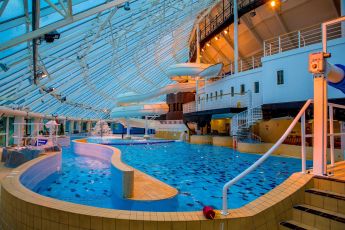 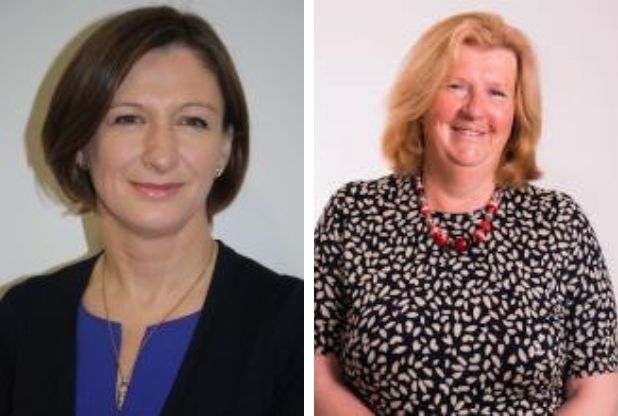 Sophie Hosking (left) will next week start to explore options for the future of Cornwall's leisure centres.  Her political boss is St Minver councillor Carol Mould, whose own leisure centre, Wadebridge, is one of those on the council's hit-list for closure. 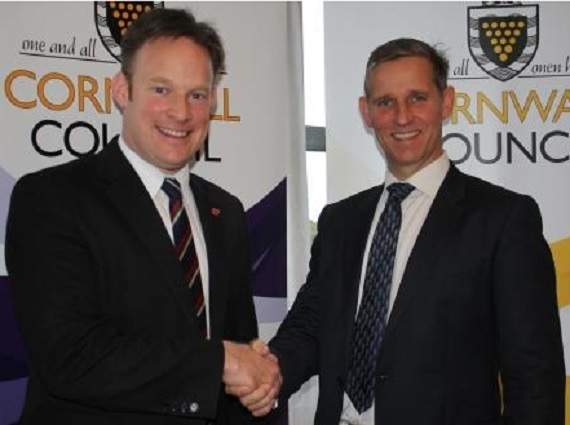 Adam Paynter in 2016: "By taking the initiative, carefully considering all the options and then going through a vigorous tendering process, we are confident that in awarding this contract to GLL we will secure the future of the council’s leisure facilities...This is a good deal for the council and for Cornwall."  Adam Paynter in 2021:  "It doesn’t seem right that GLL have been able to cherry pick which centres it wants to run, what happens next? Is it going to be that they will come back with another two they can’t run and then another four?"

Management was initially provided by a hastily-created charity, Carrick Leisure, later known as Tempus, which in 2011 was appointed to take over the entire estate.  But in 2012 Camelford was encouraged to “go it alone” as a community benefit society with the Par running track adopting a similar model of local management and control in 2018.

Both Camelford and Par survive to this day, but only because of immense contributions from local volunteers.

Some of the more instructive warning signs about what can go wrong can be studied by the public comments of Mr Paynter in 2016.  Taking the contract away from the local charity Tempus Leisure, whose rival bid had been supported by national company Fusion Leisure, had been extremely controversial.

A County Hall press release, accompanied by a photograph of Mr Paynter congratulating GLL’s Chris Symons on the signing of the 25-year contract, promised that the future of the leisure centres was safe.

After thanking Tempus, Mr Paynter congratulated his Liberal Democrat-Independent administration on how it had secured a brave new future for the leisure centres:  “By taking the initiative, carefully considering all the options and then going through a vigorous tendering process, we are confident that in awarding this contract to GLL we will secure the future of the council’s leisure facilities,” he said.

“The excellent staff that already work in our leisure centres will transfer over to the new operator on their existing terms and conditions.”

This promise turned out to be only half-true, as GLL immediately embarked on a restructuring which saw the creation of new job titles on significantly worse terms and conditions, some of which did not even earn the minimum Living Wage.

But in 2016 Mr Paynter was full of his usual optimism: “All the leisure facilities currently owned and maintained by the council will be included in the contract,” he continued.

“This is a good deal for the council and for Cornwall,” said Mr Paynter. “Not only will it save almost £3.5 million a year which can be used to support other services, but we have secured a commitment from the new operators that all existing club bookings will be honoured.”

This part of Mr Paynter’s statement turned out to be misleading.  While “existing club bookings” were honoured, that was to be the end of them.  Within days, GLL was scrapping the popular Triathlon events and declaring war on a host of other community sports associations.

Mr Paynter himself is now among the many “former” users of a GLL leisure centre, now preferring to drive 20 miles to Devon so that his children can enjoy an indoor swimming pool.