26th January 2017
By Graham Smith
Follow @CornwallReports
Bodmin’s library closes its doors at its current location next week and moves to the new council offices at Chy Trevail, on the former St Lawrence’s hospital site.

Cornwall Council is urging people to stock up on books and talking books to tide them over while the move takes place.  The library will be closed for a week.

The council says that customers will be able to borrow up to 36 items from Bodmin Library for an extended loan period.

There’s also the opportunity to reserve items for free and collect them at other libraries using the online reservation system or to download eBooks, eAudiobooks and eMagazines to use on tablets, smartphones and computers.

Geoff Brown, Cornwall Council’s Cabinet member for Communities, said: “We know how much people in Cornwall love their libraries, and we are doing everything we can to keep them open in the face of major funding cuts from Government. 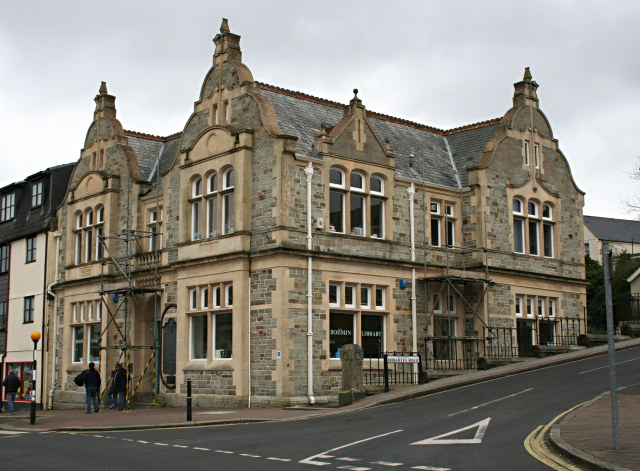 "We’re working on individual solutions for each library, which include local councils and community groups running some and alternative arrangements for others.

“For Bodmin, this means a new home in Chy Trevail, which will bring benefits like longer opening hours and better access for disabled customers, plus the chance for library users to enjoy some cake and a cuppa with their books in the Chy Trevail café and to access other services like the Adult Education Centre and the Registration Office while they’re on site.”