Posted By theboss on 7th September 2016

A few years ago I had the pleasure of meeting the then Secretary of State for the Department of the Environment, Food and Rural Affairs, Owen Paterson, at the Royal Cornwall Show.

A pleasant, affable, chap – the sort of bloke I’d cheerfully have supped a beer with – and generous with his time when it came to doing the business-end of the interview.  The problem of bovine tuberculosis was always going to be on the agenda and Owen had recently announced the first of the badger culls.  He knew we were going to talk about it. 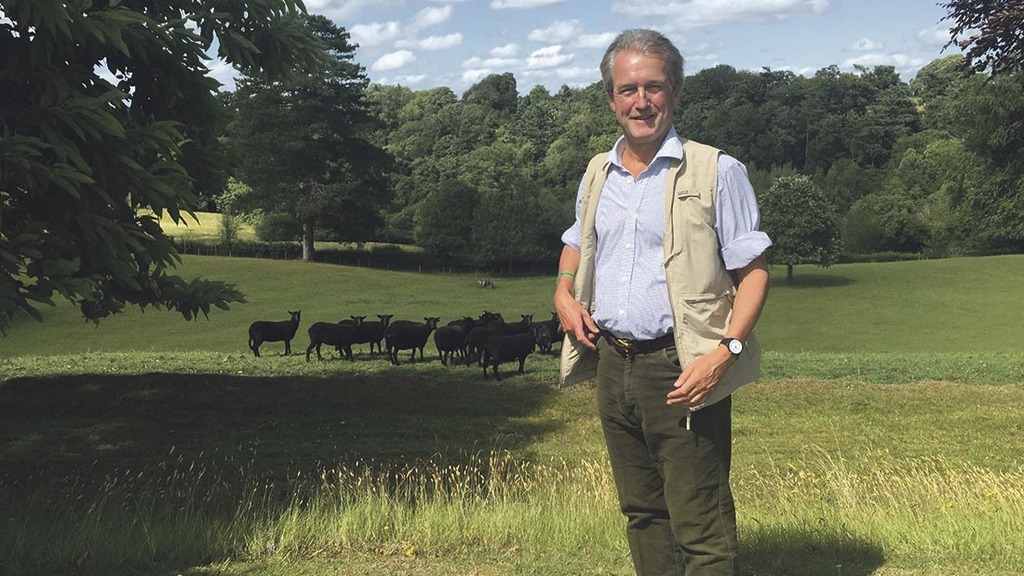 I had been expecting the usual plodding, carefully-prepared, fob-off answers, to be delivered strictly in line with some tedious Whitehall script, but Owen was unusually passionate about the issue.  He was also surprisingly (for a Cabinet member) well-informed and willing to engage with the substance of my questions.
But then I’m afraid he said something which knocked the interview completely off the rails.  He started talking about Bessy and Baz.  Bessy and Baz were the Secretary of State’s two pet badgers.  As a child he had adopted two “orphaned” badgers and kept them as pets – first Bessy, who lived in the Paterson household boiler room, and later Baz.
The young Owen used to play “rough and tumble” with these creatures.  He could remember their “unique” smell (I bet he could!) and recalled with fondness how they would eat almost anything.
It was at that point that I started to wonder if it was really such a good idea for Owen to be the man in charge of rural policy in general and wildlife issues in particular.

I was reminded of this interview by last week’s news that (a) the government has just approved a widespread cull of badgers in Cornwall and (b) there is growing concern that many people are now keeping foxes as pets.
A wildlife hospital in Worcestershire has reported a sharp increase in the number of pet foxes it is being asked to treat, prompting warnings that although it is quite legal to keep a fox as a pet, it is hardly ever a good idea.  Even if you don’t mind the smell, the animals are just too highly strung and nervous to be properly domesticated.
But hey, foxes are cute and keeping them indoors as pets satisfies some emotional need – helping us to connect with the natural world.  Right?
As the North Cornwall woodlands now echo to the sound of gunfire, I had to smile at local MP Scott Mann’s contribution to the badger debate; totally on-message for the National Farmers Union and helpfully adding: “A cull of badgers could also benefit our hedgehog population, which has declined hugely in the past 50 years, partly because the badger is their biggest natural predator.”
Not quite in the same league as Owen Paterson’s observation that the cull hadn’t gone to plan because “the badgers are moving the goalposts” but a worthy attempt.
The science which proves that culling badgers does not work – that it actually makes TB in cattle worse – was paid for by the same taxpayers now asked to ignore 30 years of research which they funded.
Following several Freedom of Information questions, Defra has been forced to disclose that the cull costs taxpayers more than £7,200 for every dead badger.  The budget initially forecast had been £30.  Meanwhile in Wales, the government has already shown that badgers can be successfully vaccinated for about £650 each.
The badger cull currently underway in Cornwall demonstrates why it is so difficult to develop a rational approach to rural areas.  I can’t think of any other government policy which is so defiantly at odds with science or common-sense.  We really are living in an age of “post-truth” politics in which emotions, rather than facts, decide what we have to do.  Perhaps next week’s column should be written entirely in emojis ☹.