When is a manager not a manager? When he or she is a member of Cornwall Council’s cabinet, as Cormac-gate develops into a semantic row about “whistleblowing” and who knew what, and when

Cornwall Reports understands that despite this letter being shown to the Cornwall Council cabinet on 9th March, senior executives at Corserv were not aware of it until this morning.

The failure of any cabinet member to progress the workers’ fears led to the resignation of local councillor Bob Egerton on Monday.

Cormac bosses are now fuming about what they see as the breakdown in communications between County Hall at Truro and Corserv’s HQ at Wadebridge.  Some Corserv executives feel they now have no choice but to commission their own external review of health and safety.

When Cornwall Reports asked council leader Julian German about the whistleblowing letter, it appears that semantic distinctions about what constitutes a cabinet meeting might now become an excuse.

“There was no cabinet meeting on 9th March,” said Mr German.  “If I have received a whistleblowing letter, I will of course deal with it under the council’s whistleblowing policy.”

The 9th March meeting was what is known as an Informal Portfolio Holder Briefing (IPHB) session and took place before the lockdown restrictions.  Senior council officials sometimes attend.  Cornwall Reports does not know if the council’s chief executive, Kate Kennally, attended on 9th March, but Mr Egerton certainly distributed the whistleblowing letter to cabinet members.

The council’s whistleblowing policy applies to any “manager” – and part of the semantic debate now underway is whether cabinet members should consider themselves “managers” who had a duty to deal with the issue. 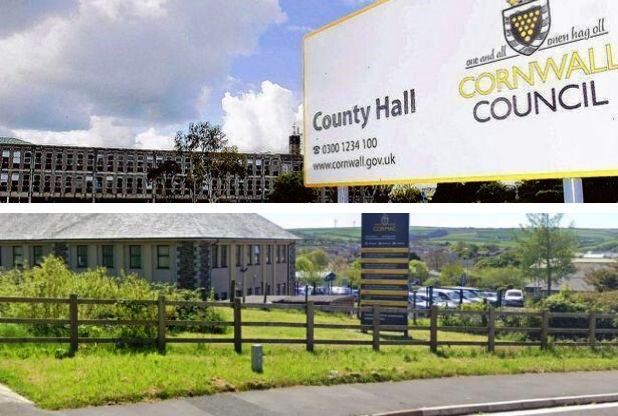 The Liberal Democrat cabinet members who attended the IPHB were clearly keen to wash their hands of any responsibility, regarding it as an internal staffing matter for a separate organisation.  Nevertheless every cabinet member at the 9th March meeting has been aware of the workers’ whistleblowing letter for several weeks and yet at a Lib Dem group meeting on Tuesday, some chose to dismiss “Cormac-gate” as only a personal crusade by Mr Egerton.

One Cormac worker, with 33 years’ service, told Cornwall Reports: “It is disgusting, really, that the council should not take this seriously.  The reason we are now talking to you, a reporter, is because the council has been refusing to listen.”

Cornwall Reports challenged Mr German about the workers’ whistleblowing letter at 2.30pm yesterday (Thursday) yet in an email to Conservative group leader Linda Taylor, sent at 4.50pm, Mr German continued to cling to Corserv’s “assurance” that the company takes health and safety very seriously.  “I do not intend or propose to hold an external independent inquiry,” he told Mrs Taylor.

It is clear that Ms Kennally, as chief executive, is now aware of the whistleblowing letter and can now expect to be challenged about what she is doing with it.  At stake is not only the council’s reputation for health and safety issues, but also its entire whistleblowing policy.