Want to know where the new A30 between Carland and Chiverton Cross will go? Find out on Tuesday

Residents in the St Agnes and Perranporth areas are being invited to a Community Network meeting next week to hear from Highways England about the A30 Chiverton Cross to Carland Cross road improvement scheme.

The meeting, on Tuesday (25th July)  is from 6.30pm to 8.30pm at Perranzabuloe Parish Rooms, Chyanhale, Ponsmere Valley, Perranporth.

Highways England will be providing an update on plans to transform this section the A30 by creating a dual carriageway. The update from Josh Hodder, the new Project Manager for the scheme at Highways England, will include information about the preferred route and what happens next before the £290 million construction phase.

The preferred route provides a new dual carriageway running to the north of the existing A30 between Chiverton and Chybucca and to the south between Chybucca and Carland Cross.  It includes:

a new roundabout at Chiverton Cross built on 2 levels

new bridges at Tolgroggan Farm, Pennycomequick Lane and over the Allet to Tresawsen road to provide local access 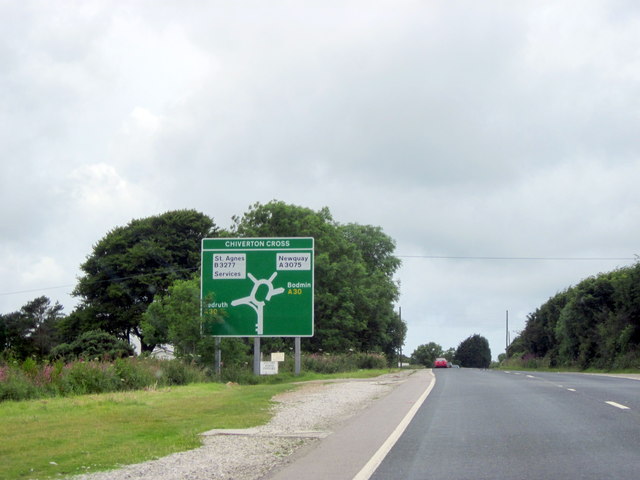 Earlier this month, Highways England announced the preferred route for the £290 million scheme. Once completed, the new eight mile stretch of dual carriageway between Chiverton and Carland Cross will help to improve journey times for many residents, businesses and visitors, and help unlock one of the last bottlenecks in Cornwall.

The Chair, Councillor Ken Yeo of Perranzabuloe Parish Council, said: “The network panel meeting is a good opportunity to hear the latest from Highways England about the scheme to create a dual carriageway between Chiverton Cross and Carland Cross on the A30. Everyone is welcome to this well-timed public meeting which follows the recent announcement from Highways England on the preferred route. This is a good opportunity for people to better understand the scheme and how it will affect them in the future. Please come and meet local Parish and Cornwall Councillors.”