Plans to set up a “Truro Development Company” have been put on hold while local councillors consider how to progress ideas of a “connected river city.”

Last night (Monday) the city council agreed to defer the creation of a new, arms-length private limited company which would have operated independently of direct democratic control, while spending up to £25 million as part of the “Town Deal.”

The new venture was to be known as the Truro Development Company and a private-sector chairman, appointed only a few weeks ago, must now be thought of as only a “chairman-designate.”

City councillors had been alarmed by the speed with which the Truro Development Company appeared to be up and running, to be led by former Merrill Lynch investment banker Rupert Hume-Kendall.

Mr Hume-Kendall owns a number of commercial properties in Truro through his Blue Port Holdings venture.  Some councillors were concerned that this would make it difficult for Mr Hume-Kendall to chair the new company while meeting anything like conventional standards of local government probity.

They also thought the position of chairman should have been advertised and subject to an open recruitment process.

Council officials had not realised that there is already a Truro Development Company – a private limited company which was incorporated in 2019.  Any new company which might eventually be set up by the city council will need a different name.

Progress thus far had been on the recommendation of the council’s finance committee, but now, following a proposal from councillor Stuart Roden, the whole council is to consider afresh the structure of any new company, its leadership and its relationship with elected members.

City council clerk Roger Gazzard suggested a Community Interest Company but said there were other models.  The city council would be the shareholder but the number of councillors on the board – and the information they receive – will now be opened up to wider debate.

Cornwall councillor David Harris had warned his city council colleagues of his experience with the County Hall-owned Corserv group of companies.  “Be very careful about the flow of information,” he said.  “Our experience on Cornwall Council is that one portfolio holder gets information, but not individual councillors.”

One of the most eye-catching ideas is for a “re-imagined” events space at Truro harbour which its promoters promise will “unlock a wide range of commercial and leisure opportunities.” 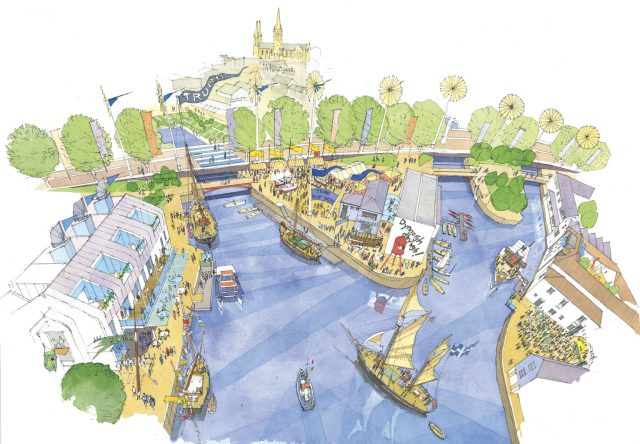 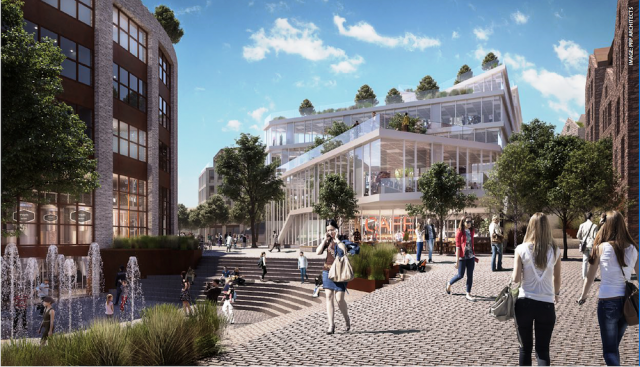 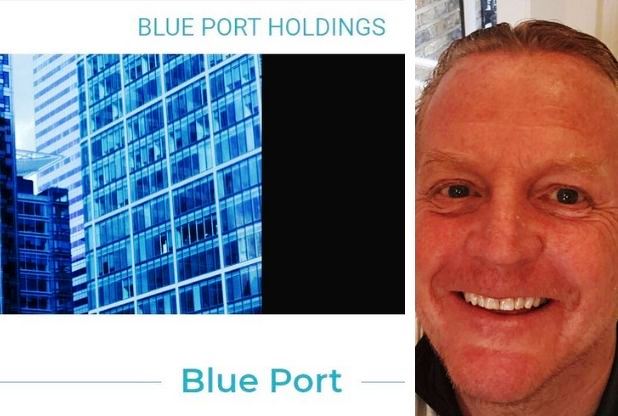 Top: a future vision of Truro city centre.  The "Hive" is intended to regenerate Truro's economy by 2024 by making computer games at Pydar.  It still does not have planning permission.  Former Merrill Lynch banker Rupert Hume-Kendall is now only "chairman designate" of any new company which Truro City Council might create

The stalled £170 million Pydar redevelopment project is crucial to any “joined-up” vision for Truro.  A key component of the Town Deal bid to government is for “The Hive” – a Pydar-based  “digitally focused and entrepreneurial new innovative learning and living environment” which is supposed to be created by autumn 2024.

City councillors also want a special meeting to consider what to do now that Cornwall Council has refused planning permission for its own Pydar vision.