Ten Years After: County Hall chiefs “look back with pride and forward with confidence”

Membership of the Cornwall Council chief executives’ club is fairly exclusive with just three people taking up the role on a permanent basis in the first 10 years of the unitary authority.  Average occupancy of the role, so far, however, is barely three years.

The latest incumbent is Kate Kennally, who follows Kevin Lavery and Andrew Kerr in being the person in charge at County Hall.  Mr Kerr was appointed in October 2013 and left in November 2014.

Paul Masters, currently strategic director for neighbourhoods, has also served as acting chief executive during the first decade of the council and is the defacto deputy chief executive.  Mr Masters has been at County Hall from the start, having previously been at North Cornwall District Council.

Looking back over their own experiences since Cornwall Council came into being they agree that it was the best thing for Cornwall.

Kate says all local authorities have been forced to make cuts due to a reduction in funding from central government but that they have not been as deep in Cornwall.

“They would have been if the unitary council was not here,” she says.

And she says that due to good planning Cornwall Council has actually been able to invest in discretionary services which some councils have been forced to scrap altogether.

Paul says that by having a unitary council Cornwall has been given a more high profile status.

“Pre-unitary Cornwall was seven councils and with a very traditional county council and was not on the local government map. Whereas now we are a major player, not only with the devolution deal but we are more often than not named as a council that is doing things.”

Kate Kennally came to Cornwall Council in 2016 and said she was attracted to the job after hearing about good things happening at County Hall and the council being talked about across the country.

“It was a really important moment when Cornwall Council was made unitary and then when it secured a devolution deal. Nobody was really expecting it.

“As somebody who was not looking or working in Cornwall it was unexpected what was going on here. That took Cornwall further up the agenda in terms of people noticing and acknowledging it. I was working in a London borough and that was the first time I noticed it.

“As someone who came into Cornwall there was a strong sense of ‘Team Cornwall’ – when you speak to people about Cornwall it is a place that people want to do business in.

“That is because there is this sense that everyone is working together – local government, the voluntary sector, businesses – they are all speaking together for Cornwall.

“It is something that is quite unique and it has really helped us in what we are able to do for Cornwall.”

For Paul, the unitary council has also played a major part in helping to improve services which are provided.

“There are bits that people might not see, things like the major service improvements we have had over that period of time.

“Some people might hark back to the ‘good old days’ but before unitary certain services were failing and in intervention – it was only through a lot of hard work that they are no longer failing.

“The fire service was in intervention, we had a failing housing service, some of the districts were failing. There were a number of things that needed to be put right.”

And Kate highlights that having one single council has brought benefits for the whole of Cornwall. 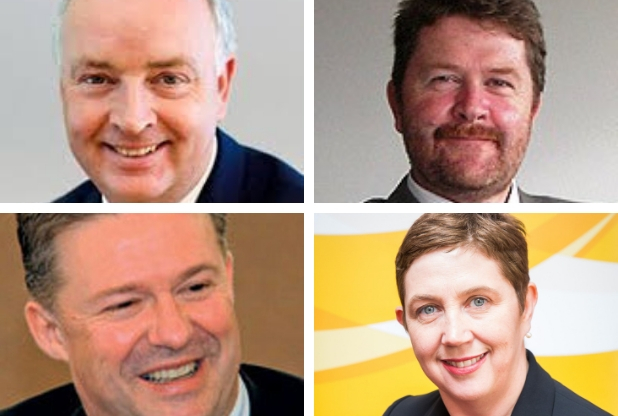 “We are the second largest authority in the country and it has enabled us to do other things, how we can help support businesses and help them improve.

“It would be much harder for lots of individual districts to do that.”

Paul says that just establishing the council itself in the early years was a major achievement but then also highlights a number of successes over the first decade, including the dualling of the A30 at Temple, supporting renewable energy schemes, investing in economic development projects and transforming services.

Speaking before the anniversary on Monday Kate said: “As we approach 10 years we are now a mature unitary council and we are leading – whether that is how we work with government or how we work with our partners.

“We have a number of organisations set up to speak for Cornwall – the leadership board, the local enterprise partnership, the health and wellbeing board, we are bringing together the right partners in Cornwall to do the right thing.”

She said that one of the key milestones was the adoption of the Cornwall Local Plan which sets out development which could take place across the county up to 2030.

Kate said: “It sets out growth that promotes a green environment, that builds on our local communities and doesn’t destroy them.”

Looking back over the 10 years Kate said there had been a lot of lessons learned and a lot of improvements made.

She added: “We have seen, I think, the public starting to trust us more, to engage with us more. I hope that we are a council that is really standing up for Cornwall and providing leadership in a time of real uncertainty.

“After the (EU) referendum result we worked with the Bishop of Truro to bring together people from all different sectors to look at what the risks are.

“We didn’t just say ‘this is dreadful for Cornwall’ but are having that conversation about what it means for our local communities and working to influence and build resilience locally.”

The chief executive said a new member of staff joining the council from the NHS had sat in a meeting of the council’s Cabinet and said she couldn’t believe the amount of different things the council was responsible for delivering.

She said: “A council is doing its job well when it doesn’t get noticed. By and large we are doing a good job for the people of Cornwall.

“We go to events like the Royal Cornwall Show and we ask people what they would like us to do differently. In those moments people recognise all the things that we do and on the whole they are not noticing everything, which is a good sign.”

And Kate adds: “Cornwall Council can look back at its first ten years with great pride, and can look forward to the future with great confidence.”