A fleet of new buses takes to Cornwall’s roads next month, allowing passengers to access the internet and charge their mobile phones while on the move.

The 37 new double-decker buses stem from the government’s “Devolution Deal” which gave Cornwall Council money and power to improve public transport. Officials hope the new buses will encourage motorists to avoid traffic jams and leave their cars at home.

First Kernow has invested £7.4 million in buying 30 new double decker buses to use on routes in Cornwall, building on Go-Ahead’s Go Cornwall (Plymouth City Bus) bus operation which has already seen seven new vehicles brought into service. This latest investment means that Cornwall’s two largest operators have contributed £10.5million in providing new vehicles and upgrading existing buses in Cornwall over the past 12 months.

Bert Biscoe, the council’s cabinet member for transport, said: “The Cornwall Devolution Deal enables Cornwall Council to work with partners ranging from the Department for Transport to community transport providers to integrate bus and rail systems, ticketing, routing and timetabling, into a single public transport network for Cornwall. Bus and train operators are working in partnership with the Council to deliver a step change in transport options for Cornish people. 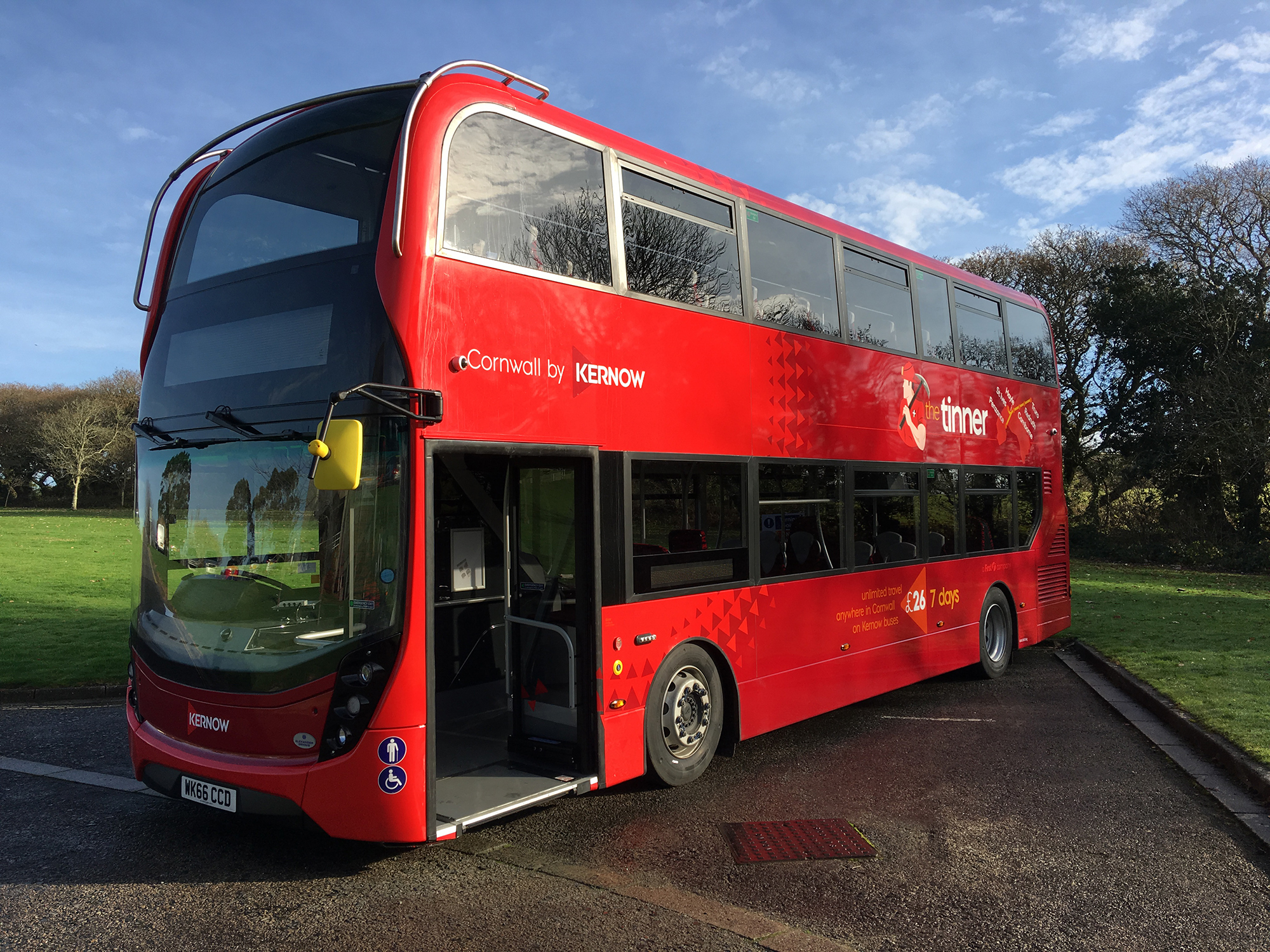 “Many people want to contribute to managing climate change, others find motoring increasingly expensive and stressful, and, whilst lifestyles are changing, so too are our transport needs.

“The provision of a major fleet of new (yes NEW!) buses by First Kernow is a significant investment in this major project, and a strong endorsement of Cornwall Council’s approach to ensuring that our public transport system will, in a relatively short time, be comparable with that of many major British cities. Other investments will follow.”

The council has also been carrying out a survey to find out what existing passengers like, and don’t like, about bus and train services in Cornwall and what improvements they would like to see. Non-public transport users have also been asked why they do not currently use services and what would encourage them to leave their car at home and take the bus or train.