Posted By theboss on 9th December 2019

The proposed Truro Stadium could be overlooked by a hotel, to help make the project financially viable, according to the owner of Cornish Pirates rugby club Dickie Evans.

In a departure from previous plans, Mr Evans says he is now considering doubling the land to nearly 12 acres, and moving the site further south and west.

While Mr Evans continues to talk of grant-funding from Cornwall Council, these new uncertainties will do nothing to win over critics of the project, particularly those from North and East Cornwall who have always struggled to see any wider community benefit that would justify taxpayer support.

“During the last 18 months we have been busy ensuring that the stadium is viable,” says Mr Evans, “and in this respect we have pinpointed three pieces of land totalling c.12 acres of land (thereby doubling the size of the stadium area) - 10 acres in two tranches of land which we can develop with investors and another piece that allows us to move the stadium pitch west and south of its' original siting.

“This allows an hotel to be constructed on the stadium site overlooking the actual playing surface. 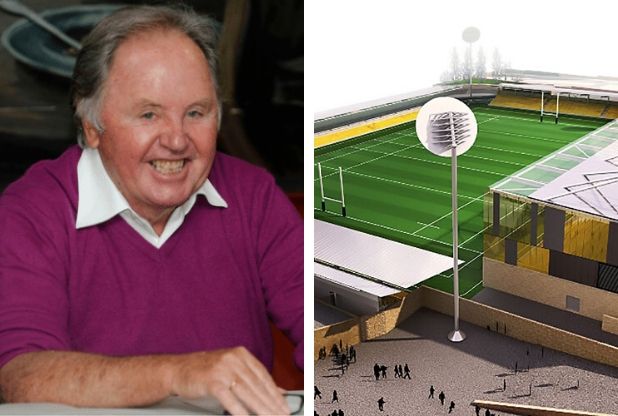 “All of these developments will make the stadium truly iconic and we are talking to investors at this time.

“I will write another piece on this next week when we have clarity on who is holding the reigns (sic) of power in #10,Downing Street (or actually #11)