Slow Train Coming: why the Devonwall boundary changes are not entirely welcome news for the Tories

Posted By theboss on 12th September 2018

The long-running Devonwall saga took an important turn this week when the Boundary Commission’s proposals were finally laid before Parliament.

I suspect that my thoughts on this might irritate some Cornish nationalists, who will accuse me of attaching insufficient weight to the Framework Convention on National Minorities, and I apologise in advance.   But the nationalist argument has already consumed thousands of words elsewhere.  I want to focus on the party political impact of Devonwall.

Although widely-seen as a set of recommendations which will benefit the Conservatives, in Cornwall the new maps pose a serious threat to one of our six MPs, a milder threat to another and cement the majorities of the remainder. 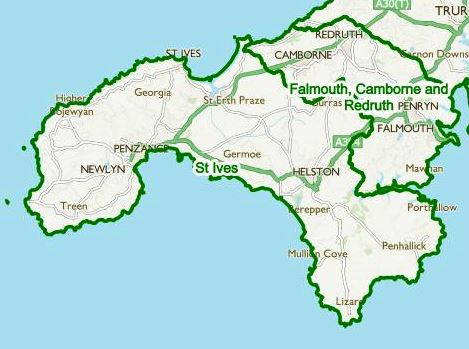 Starting at the bottom left, the St Ives constituency would remain Conservative. There is insufficient change in the boundaries to cause Derek Thomas any problems.

But move next door and there is a major alteration – the relatively large town of Falmouth goes back to Camborne.   This would almost certainly be good news for Labour.  Both the existing Camborne constituency and the existing Falmouth seat are currently Labour targets.  Put them together and it is hard to see anything other than a Labour gain. 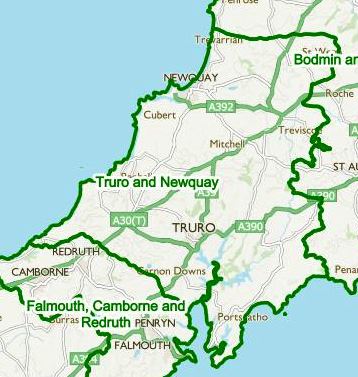 Although the Truro & Falmouth MP Sarah Newton would see her constituency abolished, she would enjoy a larger majority in the new seat of Truro & Newquay.

Keep moving north, however, and we see something we have not seen before: a new constituency to be called Bodmin & St Austell.  Putting the cross-border jingoism of Devonwall to one side for a moment, this new seat is very interesting.

When this idea was first suggested, many Conservatives in places like Daymer Bay and Rock thought the commissioners were having a laugh, putting wealthy second-home owners (but absentee voters) into the same pot as those who toil in the china clay villages. 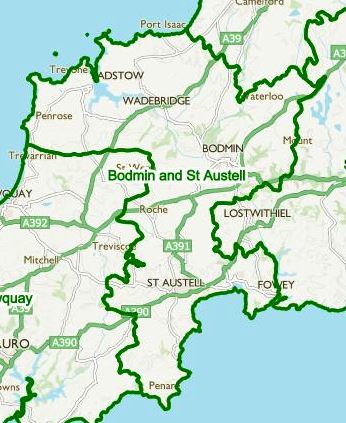 The towns of Bodmin and St Austell are not natural Tory territory.  Labour came second in St Austell & Newquay in 2017; but third, behind the Liberal Democrats, in the very-Tory countryside of North Cornwall.

It is possible that the new Bodmin & St Austell constituency might become a tight three-way-marginal – a cartographer-created target for Labour, but almost certainly also the Liberal Democrats’ best hope of winning anything.  It is certainly possible that Labour and the Liberal Democrats, between them, would get more than half of all the votes- but that incumbent Steve Double would survive. 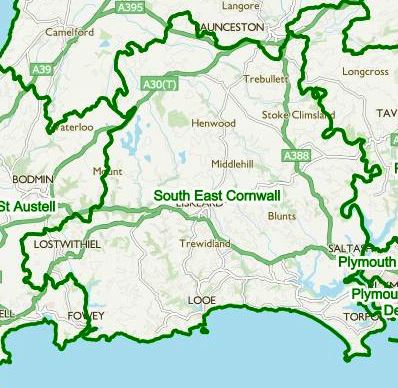 Keep heading north and South East Cornwall becomes even more solidly Conservative, and the new dog’s breakfast that would be Bideford, Bude & Launceston would also be secure for as long as Scott Mann wishes to remain a Member of Parliament.

And so to Devonwall, which is what the Bideford, Bude & Launceston constituency would be.  Many residents in Bude would agree that they look more towards Bideford and Barnstaple than they do towards Truro.

Cornwall’s’s Truro-centric local government does nothing to dispel the impression that it would like for Bude to simply fall into the sea; it is just so much trouble to administer from a distance of more than 50 miles.  Bude councillors do their best, but they are a relatively rare sight in Truro.  Last year even BBC Spotlight mistakenly reported, to much mirth, that Bude was actually in Devon.

The real harm of Devonwall is what it does to towns like Camelford.  Camelford is the gateway to Bodmin Moor, solidly in North Cornwall.  It seems perverse to toss it into the cross-border salad, but that is exactly what the mathematicians have done.

A few years ago I did a “vox pop” Devonwall story in Launceston, hoping to come away with a microphone full of recorded rage, and not only could I not find one person who was opposed to Devonwall I could not find anyone who actually cared, even a little bit.  I appreciate that this was not a scientific survey of opinion but it was nevertheless a surprise.

I do think that towns like Bude and Launceston feel so neglected by Truro that they are now mildly amused by the west-Cornwall campaigns to keep them.

My forecast is that for all this week's fury, the politicians in London will eventually swallow the Boundary Commission recommendations.  I very much doubt that they will be in place before the next general election, but some sort of levelling of the playing field is essential, and cannot be postponed forever.

By the time of the next-but-one election, enough sitting MPs will have died, retired or moved to the House of Lords for them not to worry.

If we assume that current demographic trends continue, with the population of Cornwall swelling by around 5,000 retired people per year, the political expansion into Devon will become even more necessary if the priority is to find some “Goldilocks” formula in which each constituency holds the same number of voters.

The only way to maintain Cornwall’s territorial integrity – and Cornwall Council did suggest this – would be to axe one of the six sitting MPs.  With only five MPs, Cornwall is very difficult to divide equally into the right number of parcels.  Most likely the St Ives constituency would not have enough voters.