Scrap spaceport and spend the money on buses and trains, say Cornwall’s Greens

Cornwall’s Green Party – which took 18% of the vote in last month’s Euro elections – has become the first mainstream political organisation to declare itself opposed to the construction of a £20 million spaceport at Newquay.

The Greens say the development cannot be justified in the light of the council’s recent declaration of a climate emergency.

£12 million of local council taxpayers’ money will be in addition to £7.8 million from the UK Space Agency towards the development of “Spaceport Cornwall”, with the Cornwall & Isles of Scilly Local Enterprise Partnership (LEP) providing a further £500,000.

The plan is for the site to be used to launch satellites from modified 747 jumbo jets owned by Richard Branson’s Virgin Orbit, a spin-off from Mr Branson’s Virgin Galactic space tourism company.

Cornwall Green Party’s Co-coordinator Karen La Borde, said: “Cornwall Council cannot possibly justify spending £12 million on expanding Newquay airport for a so-called spaceport, when Cornwall remains one of the most deprived regions in Europe.  Surely, this money would be better spent on improving public transport or retrofitting homes with insulation to improve the welfare of those living in Cornwall whilst also helping to reduce CO2 emissions.  A spaceport benefits so few people at a very high environmental cost.

“While national and local government are proposing to pour over £20 million into a spaceport for the use of corporate customers, ordinary people in Cornwall are still waiting for the electrification of our main railway line – promised several decades ago but still not delivered.” 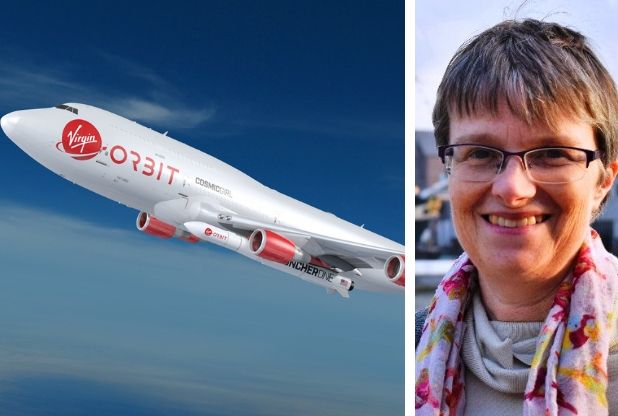 Molly Scott Cato (above), Green Party MEP for the South West said: “Greens are not opposed to the use of space technology for essential scientific research. Our membership of the EU has enabled participation by UK academics, researchers and companies in jointly funded projects such as the Galileo and Copernicus programmes – which is now threatened by Brexit. There are many better ways to invest £20 million in Cornwall’s future and create new jobs – not least by leading on the green industrial revolution.”

The council is due to discuss an update on its “climate emergency” on 26th July.  Council leader Julian German has said he does not think the spaceport is necessarily in conflict with the council’s ambition to become carbon-neutral by 2030.