Port Isaac Royal National Lifeboat Institution is preparing for its annual general meeting with guest speaker Squadron Leader Max Roberts, who will re-wind 35 years to tell the story of Operation Mikado during the Falklands’ conflict.

Squadron Leader Roberts AFC, RAF (Retd) will relate the dramatic story of an assault landing involving two RAF Hercules on the heavily-defended Argentine Rio Grande airbase at the height of the fighting in May 1982.

Max Roberts joined the RAF in 1965, graduated  from RAF Cranwell then qualified as a flying instructor at the Central Flying School.

After a tour instructing, he was posted to RAF Lyneham where he progressed as Captain, Instructor, Examiner and Flight Commander on the versatile tactical transport aircraft -  the Hercules C 130  .

Engaged as Flight Commander during the Falklands War, he pioneered the technique of Air-to-Air Refuelling of transport aircraft . On leaving the RAF, he flew for Dan-Air and then Gulf Air, becoming a Captain on their Tristars, completing 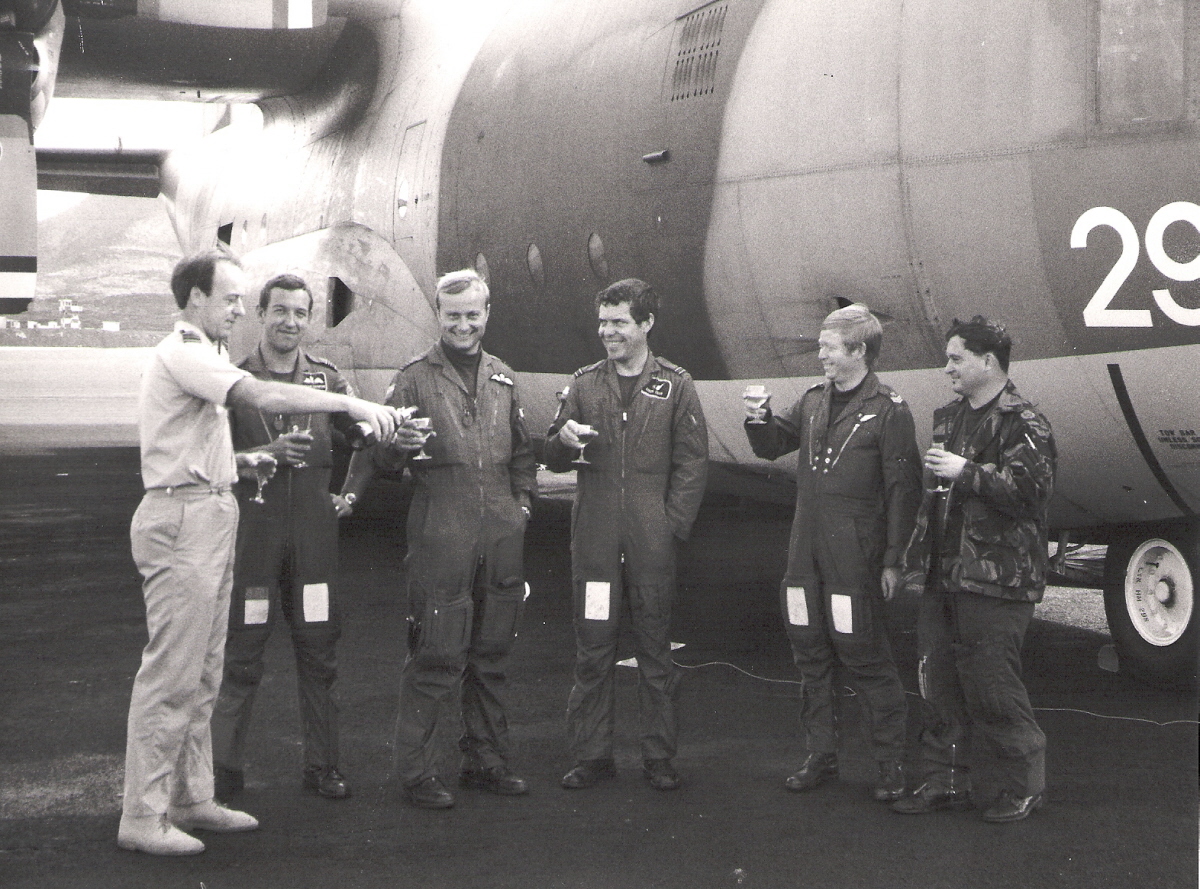 Max Roberts (3rd from left) celebrating with crew, a few months after the conflict.

a 16,000 hour 45 year career in flying  as Chief Pilot of a variety of aircraft including Gulfstreams and 747`s.

The AGM, which also reports on the year’s Port Isaac RNLI fundraising campaign,  will be in the Port Isaac village hall at 7pm on Thursday 30th March.