Proposals for a £2 million private-sector heliport to restore passenger helicopter flights from Penzance to the Isles of Scilly should be approved, according to planning officials.  Flights could resume in 2018.

A planning application is due to be determined on 2nd February by Cornwall Council’s Strategic Planning Committee.

The heliport would be close to Penzance’s Sainsbury’s supermarket, which was itself the site of the former BIH heliport on Eastern Green where a helicopter service to St Mary’s and Tresco operated for 48 years. Flights ceased in October 2012.

Indicating support for the project, planning officers say: “In conclusion it is considered that, having regard to the lack of an identified harm to the character and amenity of the landscape, the relatively limited impacts of the scheme relating to accessibility and the adverse impacts of the proposed development on neighbouring amenity would not significantly and demonstrably outweigh the benefits of the scheme.

“The helicopter service is seen as an important link that will have significant benefits for local businesses and visitors. There is significant public support for the service.”

However, the Isles of Scilly Steamship Company, which also operates Skybus fixed-wing flights from Land’s End, has lodged an objection. The company’s letter to Cornwall’s planners says: “ISSG is not seeking to undermine any form of viable or sustained market competition but it can see no credible evidence or detail in the planning proposal regarding how the applicant hopes to deliver its plans without causing considerable damage to existing lifeline services through an attempt to take sizeable market share of the existing air market. 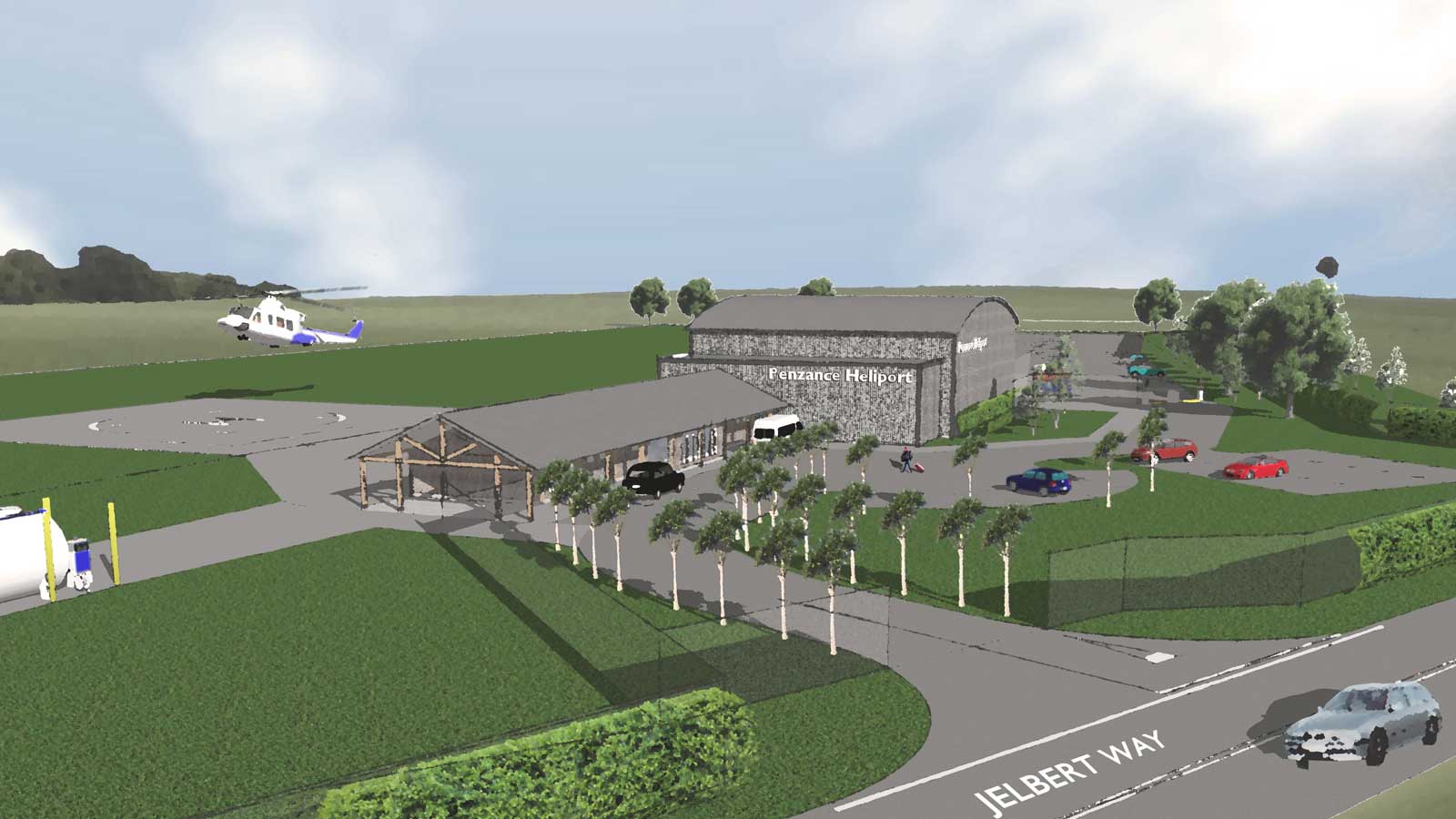 “The loss of the equivalent scale of even 30-40% of the current air market (circa 30,000-40,000 passengers per year), which is less than half of the applicant’s implied plans, would have very serious implications for incumbent fixed-wing services especially given the tiny scale of winter demand and the scale of financial losses during the November-March period.”

But Robert Dorien-Smith, the owner of Tresco Estate and one of the investors in Penzance Heliport Ltd, is backing the project and told Scilly Today: “The reinstatement of the popular and efficient helicopter service will provide a much needed injection of confidence and opportunity into the economies of both the Isles of Scilly and west Cornwall.”

He added that helicopters can operate in poorer visibility and fly at a lower level than other aircraft, offering better access and flexibility for those visiting, working and living on the islands.

At the time of writing, 2,641 letters of support, 26 objections and 5 other representations have been recorded by the council.

The consortium behind the project say that if planning consent is granted early next year, they hope their first flights will take off in 2018.