Posted By theboss on 7th October 2019

Cornwall Council’s strategic director for neighbourhoods, Paul Masters, is to leave the authority in the New Year.  He is retiring at the end of March.

Mr Masters has been with Cornwall Council since it was created in 2009, following a long career with the former North Cornwall District Council.  He is currently in charge of preparing the council’s response to Brexit, and had also been given the task of devising a climate change strategy.

In 2013 he took on the role of acting chief executive, following the resignation of his boss, Kevin Lavery.  But Mr Masters was not successful in keeping the post, and senior councillors appointed Scotsman Andrew Kerr instead.  Mr Kerr quit only 18 months later.

Mr Masters has been a popular figure with councillors at County Hall and had at one time been tipped to become an official “deputy chief executive” – but the competitive politics on the building’s fourth floor meant the idea of creating a new role had to be abandoned.

County Hall’s Chief Officers’ Employment Committee met this morning, in secret session, to discuss the choreography of Mr Masters’ departure and the quest for his replacement.

There are currently six strategic directors, who report directly to chief executive Kate Kennally.  Mr Masters’ salary is around £142,000 a year plus a £25,000/year pension contribution. 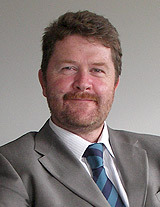