The Newlyn Fish Festival has been scrapped again.  There will be no festival this year, just as there was none last year.  The decision has been blamed on the continuing redevelopment of the port and the need to fit new infrastructure.

A brief statement on the festival’s Facebook page said: “Following a recent meeting, for organisational reasons it was decided that there will not be a Fish Festival in 2019. An announcement about a festival in 2020 will be made soon.”

The announcement triggered a wave of disappointment, mainly from local people who are involved in trading fishing industry-related products and who have come to rely on the event.  The festival usually takes place on the August Bank Holiday Monday, and usually attracts thousands of visitors.

Twelve months ago the organisers of the Newlyn Fish Festival announced "the introduction of a fallow year in 2018 to enable them to develop the popular annual fundraiser for the Fishermen's Mission into an even more dynamic celebration of the fsea, Cornish seafood and Cornwall's proud fishing heritage in 2019."

A later statement said: "We're still finalising lots of details for 2020, the 29th annual Newlyn Fish Festival. Rest assured, it will once again be one of the biggest and best celebrations of the sea, seafood and fishing in the country.

"This investment in new infrastructure will provide Newlyn Fish Festival – which has been staged annually for 29 years – with more space, improved facilities and enhanced insight into the Cornish fishing industry for the thousands of visitors who pour into the historic harbour and enjoy this action-packed, one day event on August Bank Holiday Monday each year." 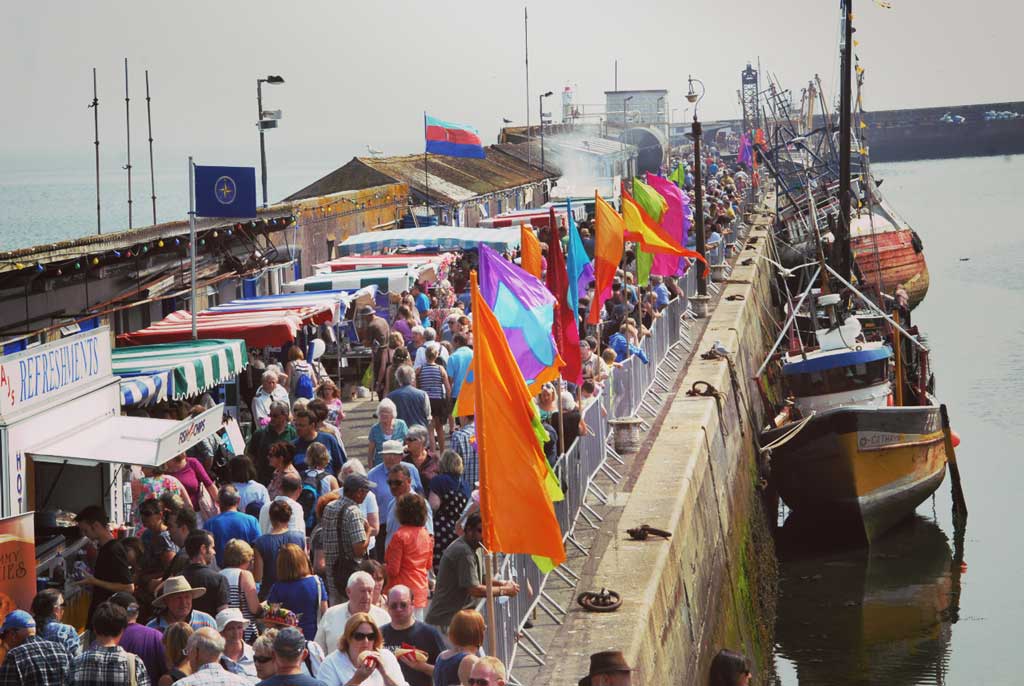 Chairman of Newlyn Fish Festival ltd and Harbour Commissioner, Kevin Bennetts, said: “Although we did not take the decision lightly to devote this year to revitalising the festival for 2020 to dovetail with the exciting new developments at Newlyn Harbour, we are sure it is the right decision and will be of great benefit to those who take part and join us for this uniquely Cornish celebration.

"I am immensely proud to witness the many positive changes that are taking place in the harbour, all of which will make a positive difference to the livelihoods of our hardworking Cornish fishermen, who put to sea in all weathers to catch and land some of the best fish in the world. We plan to reconfigure the Newlyn Fish Festival to reflect this transformation and will return with an event that is even bigger and better in 2020.”

Newlyn Harbour Master , Rob Parsons, said: “We fully support this decision by Nelwyn Fish Festival Ltd and look forward to working in conjunction with them to revamp the event which raises much-needed awareness of the Cornish fishing fleet and funds for the Fishermen’s Mission.”