20th January 2017
By Anne North
Follow @CornwallReports
Ministers are considering plans for a new tax on plastic bottles as part of a crackdown on waste on beaches.

The move comes a year after thousands of pink plastic bottles washed ashore in Cornwall.  Nearly 20,000 had to be cleared from south coast beaches last January.

Customers could be forced to pay an extra 10p or 20p for every plastic bottle or container they buy, which they would be able to reclaim if they return it as part of a deposit return scheme.

The “deposit” way of preventing waste used to be common in Britain and is still popular in the USA.  The idea of a plastic bottle tax is already being tested in Scotland.

Environment minister Therese Coffey told St Austell and Newquay MP Steve Double that the government is developing a new litter strategy which could address the issue of one-use plastic bottles which are not recycled at home.  "The consultation is out there on micro-beads but there is in that a call for wider evidence about the need to tackle other plastics,” she said. "We are developing a new litter strategy which may well address this issue.”

Mr Double said he was delighted with the response. “I have had regular briefings from Cornwall-based charity Surfers Against Sewage, who I work with closely on the APPG, on this issue and have received many letters from SAS supporters living in my constituency calling for a deposit return system” he said. 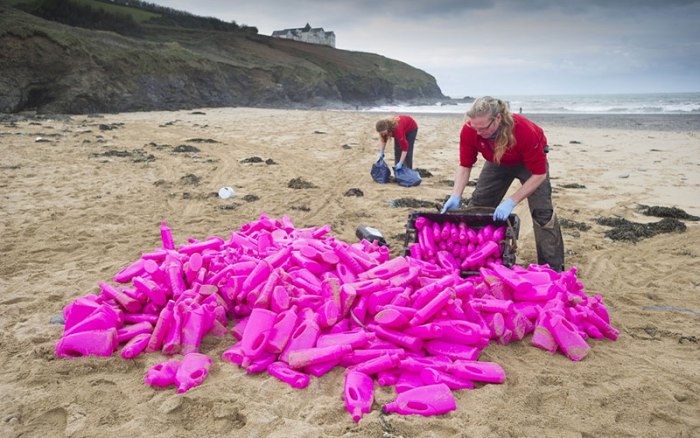 “As a regular beach-goer I have seen first-hand the amount of single use plastic bottles that end up in our seas or on the beach and am glad the Government is taking this issue seriously.

“This is undoubtedly a positive step forward in dealing with this issue and I look forward to working with the Government and colleagues both in Cornwall and in Westminster as their fund starts its work.”

Hugo Tagholm, CEO of Surfers Against Sewage said:  “Surfers Against Sewage welcomes the Government’s proposal to set up an innovation fund to explore the development of a UK deposit return system to dramatically increase plastic bottle recycling rates and prevent this ‘throwaway’ plastic from polluting the marine and terrestrial environments.”