Moody’s had already marked down County Hall from “AAA” (the most credit-worthy) to “Aa2” (long-term stable) after the Brexit referendum.  Last week's rate hike makes the council's ability to borrow even worse.

Moody’s said: “A material increase in the debt burden or a weakening link between Cornwall Council and UK government, including its funding agency, the Public Works Loan Board (PWLB) could lead to a downgrade.”  The downgrade in rating might have been worse except for “a high likelihood that the government of United Kingdom would intervene in the event that it was to face acute liquidity stress.”

Cornwall is not the only council affected by the PWLB rate hike, but because County Hall already owes the board £374 million the 1% interest rate rise will cost millions over the 40-year period of the loans.

Of particular concern to officials is the council’s ambition to spend £600 million on a major house-building programme.  The PWLB interest rate rise was partly to dampen the enthusiasm of local authorities to become property developers.

Moody’s said: “The majority of capital expenditure in the sector is on infrastructure which fulfils traditional statutory service requirements, such as housing, highways, street lighting and waste facilities. 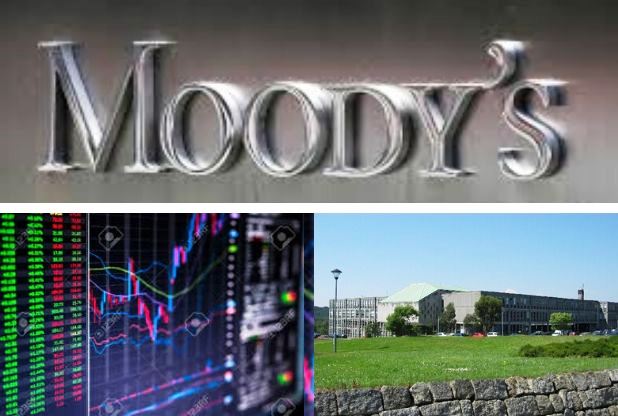 “We do not expect the sector to cancel or postpone the majority of these projects as they fulfil important statutory duties.

“The rate hike will therefore negatively affect the operating performance of local authorities, as interest costs will increase.”

“We consider commercial property projects to be risky for local authorities, since they are predominantly 100% debt funded and increase their exposure to economic volatility.

“However, the increase in the cost of capital may deter the rapid take-up of commercial risk in the sector by reducing their financial viability.”