Plans to build floating windfarms off the coast of Cornwall have taken a major step forward after being shortlisted for further development by UK Research and Innovation (UKRI.)

UKRI is a government Quango which brings together all of the country’s official research councils and without its support the ambitions of Cornwall Council and the Cornwall and Isles of Scilly Local Enterprise Partnership would have been, literally, dead in the water.

The South West Floating Offshore Wind Accelerator has been chosen to work up a detailed bid for over £30m of potential government funding provided through UKRI’s flagship Strength in Places Fund. UKRI is providing £50,000 of early-stage funding to support development of the bid following a successful stage one application.

The idea of building windfarms off the North Cornwall coast could throw a lifeline to the Hayle Wave Hub, which for 20 years soaked up taxpayers’ money without delivering a single watt of commercial electricity.  The government transferred ownership of the Wave Hub to Cornwall Council once it became clear that its original technological concept was flawed without massive cost-per-unit subsidy.

Floating platforms can access stronger winds in deeper waters than conventional fixed offshore wind turbines. The Celtic Sea, which is an area off the coast of Cornwall and West Wales and south of Ireland, has one of the best wind resources in Europe.

A report published earlier this year by ORE Catapult and commissioned by the Cornwall and Isles of Scilly LEP and the Welsh Government said a floating wind industry in the Celtic Sea could support 3,200 jobs in the South West and Wales and £682m of spend in the local supply chain by 2030, powering hundreds of thousands of homes.

Nationally the industry could support 17,000 jobs and generate £33.6 billion of economic activity, with huge export potential.

The UKRI’s first stage award will allow the project partners to work up a full stage bid for submission to the SIPF in November, which has £236m available in the latest funding round and makes awards of between £10m and up to £50m in exceptional cases. Awards will be announced next year.

The quality of the South West’s bid was commended by UKRI’s lead on the Strength in Places Fund, David Sweeney, who said: “I am delighted to be able to award early-stage funding to this bid which has great potential to benefit the local area through supporting innovation and sustained growth, and strengthen collaboration between industry and our world-class research base.”

Locally, officials and politicians queued up to add their thoughts. 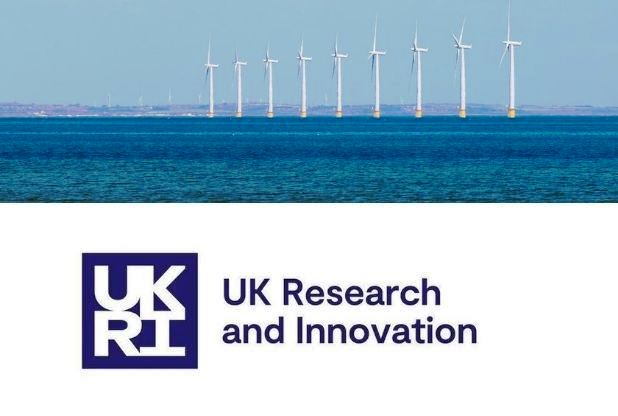 Steve Jermy, Executive Chair of Wave Hub, which is based in Hayle in Cornwall, said: “We’re delighted that UKRI has recognised the strength of our bid and that we can progress to the next round. The Great South West has the potential to make a decisive contribution to the UK’s offshore wind energy targets by developing a new floating wind industry that can create thousands of jobs with huge export potential.”

Edwina Hannaford, Cornwall Council cabinet member for climate change and neighbourhoods, said: “This ambitious programme will drive the development of floating offshore wind farm technology for Cornwall and bring environmental economic benefits for our residents with a significant increase in renewable energy generation and the creation of a raft of green jobs. It is another example of how we are ramping up our plans to tackle the climate emergency and help Cornwall become carbon neutral by 2030.”

Mark Duddridge, Chair of the Cornwall and Isles of Scilly LEP, said: “This project is about global innovation in a high value industry and is a cornerstone of our Local Industrial Strategy. It is an opportunity to lead a post-pandemic green recovery and make a huge contribution to the UK’s economy and the fight against climate change.”

Drystan Jones, Port Operations Director, Falmouth Docks and Engineering Company, part of the A&P Group said: “A&P Group welcomes this funding, which furthers the objectives of the South West Floating Offshore Wind Accelerator.  A&P’s ambition is simple – to help make Falmouth and the wider South West economy a prime hub for the offshore wind sector.  A&P will play its part to ensure the South West has the skills, facilities and capabilities to deliver the construction of floating offshore wind projects in the Celtic Sea.”

Tim Dwelly, Cornwall Council cabinet member for economy, culture and planning said: “The development of the floating offshore sector is so exciting for Cornwall because of its potential to generate green energy on a massive scale whilst simultaneously creating new employment in the marine sector, which is a sector in which Cornwall already excels.  This project is about ensuring that local businesses and residents are given the support and skills they need to be at the forefront of this new industry as it grows rapidly in the coming years.”