Late, over-budget, and out of control: what the auditors found when they looked at key projects at Cornwall Council

Three key projects being run by Cornwall Council which are running over time and budget have been highlighted as being at “high risk.”

An adult social care cost-cutting exercise, and a new computer data-storage system, have been causing concern for years and have been previously detailed in Cornwall Reports.  Both stem from decisions to hire expensive external consultants.

Now a report from an internal audit undertaken by the council states that it only had “limited assurance” about the schemes.  It states that the projects have run over budget by millions of pounds and are up to a year late.

One of the projects is Cornwall Kemeneth which is part of the council’s modernisation of adult social care services.

This project was aiming to “deliver more independent outcomes for older people in Cornwall by reducing admissions to nursing and care homes, supporting re-ablement after hospital discharge, and optimising home care packages”.

In order to do this the council brought in outside consultants Newton Europe to lead the project.

But the internal audit said there were concerns about how the project had been uneven in different parts of Cornwall which meant that “the full benefits to be derived from the changes have not been delivered.”

The report adds: “The changes were due to have embedded by mid-2019, and one year later this is still the case.  Late and inconsistent implementation means that whilst avoided expenditure has exceeded the Newton Europe contract ‘guarantee’ of £7.6 million, and is currently projected to be around an annualised £11.6m, the potential savings with full and earlier embedding could have been significantly greater in line with diagnostic estimates.

“Further, project closure in March 2020 has been a year late.”

Auditors said the project was “high risk” for the council and there is a risk that it may not be “operationally sustainable.”

The adult social care (ASC) management team responded to the findings saying: “Kemeneth delivered a significant programme of change for ASC with limited resources to be able to sustain significant longer term change.

“The programme uncovered a number of issues which were unknown at the initial scoping of the programme.  This impacted on its overall position.  These related to unknown data and financial reporting issues which are now being addressed and appropriate resourcing will be required to maintain new data and reporting requirements.”

The second project to come under review is the council’s Oracle IT system which was being adopted across the council.

The internal audit report says it has “limited assurance” but also notes that a separate audit report published in March had “reasonable assurance.”  Also in March, it transpired that the Oracle system had not impressed the council's own services' company, Corserv, which had refused to use it.

Now this internal audit criticises the council’s original expectations for the project.

The report states: “The original 2017 benefits case, which formed part of the overall Business Case, for the replacement of the Council’s ERP On-Premise system with Oracle Cloud was unduly optimistic. The costs of implementing and operating Oracle Cloud were under stated and benefits were over-stated.”

However it goes on to say that the revised project costs since July 2019 had been in line with forecasts and there had been reasonable assurance since then that there had been effective governance around the implementation of the new system.

The internal audit still says that the council’s risk is “high” saying: “There is a risk that the non-financial benefits from adopting Oracle Cloud will not be delivered as the implementation approach has focused on software delivery, and not a re-engineering of business processes.” 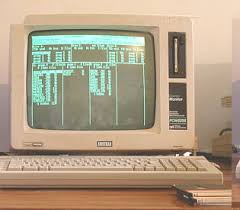 Top: Cornwall Council's dalliance with Newton Europe was controversial even before it started two years ago.  IT failures have been a feature of life at County Hall for more than a decade.

It adds: “The total cost of implementing Oracle Cloud has been around £7.6 million in excess of the 2017 estimate.”

The report goes on to say that the implementation and ongoing costs had not been fully funded and could cost in the region of £6.9 million over five years.

In response the project management state: “We accept the findings of the audit and the lesson to be learnt.  In particular, around the realism of business case cost and benefits projection, the importance of good governance and effective project management, and the need to ensure a sound commercial footing for these major technology-based programmes.

“Looking ahead, it will be important the hard lessons learned from the early phases of the Oracle Project are reflected as the council continues its digital and technology journey.

“We also note the distinction the audit has drawn between the early and later phases of the project, and especially the re-setting of the project from May 2019. We are pleased that the measures put in place at that time addressed the issues the project was facing. It is also worth reading this audit alongside the Readiness Assessment audit completed at around the same time as this audit.

“Finally, it is worth noting that the Oracle Cloud system went live across the council on 8th April 2020.”

In the report the auditors state that the project is a high risk highlighting “weaknesses” in the process and risks to achieving the timescales set by the council and having the resources to deliver within the timescales.

However the internal audit highlights that work has been done to address some of the issues with a review being carried out.

In response to the report the ASC team said: “Overall, we welcome that Internal Audit work recognises that the directorate is making positive progress to deliver a number of system and process related initiatives, in the face of unprecedented levels of service user demand and severe challenges on the supply side, particularly in respect of nursing and care home places and costs, and home support services.”

The audit committee is set to meet tomorrow (Thursday June 25) to consider the report.