“Kennally Care” about to take another step forward, as the quest gets underway for an Independent Chair

The search is underway for someone to lead the Shaping Our Future board – the coming together of Cornwall’s health and council sectors to integrate care.

While the idea of integrating health and social care enjoys almost universal support, the Shaping Our Future ambitions for a devolved management, with only loose connections to the National Health Service, are hugely controversial.  The Labour Party has pledged to scrap the idea, instead “re-instating” the NHS in line with the visions of its 1948 founder.

Initial STP and Shaping Our Future board meetings have been chaired by Cornwall Council’s chief executive, Kate Kennally, whose ambitions to seize control of healthcare in 2016 have been resisted by many doctors and nurses.

The “Kennally Care” timetable has slipped, but this move towards creating its first independent chair confirms that the project is not dead - even though Cornwall’s admission to the small club of ICS organisations is not currently scheduled by the Department of Health.  A key function of the new independent chair is to drive forward Cornwall’s lobbying of Whitehall, to progress this aspect of the 2015 Devolution Deal.

Earlier this year the Supreme Court rejected a legal challenge to the new structure, opening the door to further structural integration and privatisation.  The increasing involvement of voluntary organisations, and not-for-profit companies, alarms critics who believe the Secretary of State for Health should be in charge, and not the Charity Commissioners, or the Department for Business, Innovation and Skills. 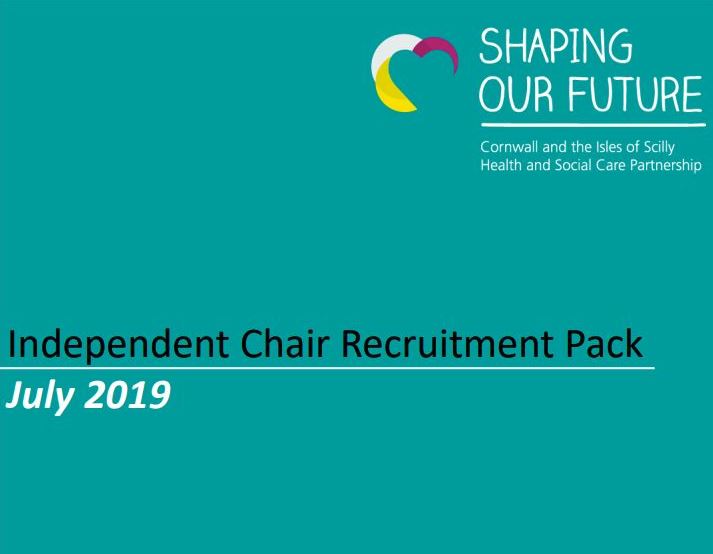 The 18-page job description does not detail a salary, but such posts typically attract remuneration of around £50,000 per year.  Applications close on 5th August and interviews are scheduled for 29th August.

“Cornwall and the Isles of Scilly, when compared to other places, looks to have the benefit of a relatively simple Integrated Care System with fewer partners than other areas of the country, including a vibrant voluntary sector,” says the job advert.  “We have made significant progress has been made on our journey towards an Integrated Care System. We enjoy close collaboration with Devon-based partners.

“The people of Cornwall and the Isles of Scilly are central to our plans; improving their health and wellbeing is our purpose. The integration and improvement in the quality, reliability and safety of our system are central to our actions in the first place but we aspire to achieve services which are outstanding.  The partners see our future system as dynamic, integrated and interdependent.”