Kate’s in charge, as taxpayers foot the bill for six at four-day event in the south of France

No fewer than six representatives from Cornwall’s public sector have gone to the South of France for a four-day property conference which the property industry itself now regards as an embarrassment, due to its reputation for alcohol and sex.

The cost to the Cornwall council taxpayer is likely to be tens of thousands of pounds.  The delegation is being led by Cornwall Council’s chief executive, Kate Kennally.  Her presence is required to speak on Thursday on the importance of infrastructure – something which tends to lag well behind residential development in Cornwall.

Principle justification for the trip appears to be to promote the controversial West Carclaze housing project, identified by the government as one of its flagship “garden village” schemes.

Cornwall Reports is continuing to press for further details, but a statement this morning (Tuesday) from the Cornwall Development Company sheds some light on the rationale behind the trip.  The expedition is attracting ridicule outside of County Hall.

The CDC statement, which gives no details of its own staff at the event, says:

In a highly competitive market we must be proactive in seeking the best for Cornwall and helping to secure investment for Cornwall.

The delegation is being led by the Cornwall Development Company (CDC) in partnership with Cornwall Council and Invest in Cornwall.  CDC are Cornwall Council’s inward investment capability and are leading this visit to MIPIM having advised of importance of building profile with international investor community. To date Invest in Cornwall, which is funded through the European Regional Development Fund, has had to be SME focussed.

The delegation will attend 65 engagements (250 hours) during their visit. Daily outcomes will be captured from meetings. This trip is funded through the Council via CDC.

Cornwall Council Chief Executive Kate Kennally has been invited to speak at the event as part of the UK government programme of talks, debates and panel sessions featuring leading figures from the private sector and senior government officials.

Ms Kennally will speak on the topic of infrastructure and support structures required to accelerate growth to happen in regions on 15 March, alongside Sir Richard Leese the Leader of Manchester City Council, Marvin Rees, the Mayor of Bristol, Karen Campbell the Commercial Director for HS2 amongst others.

Competition for investment is fierce.  Cornwall is stepping up and take its place at MIPIM alongside other forward-thinking local authorities seeking the best for their residents. Over 130 local authorities are attending MIPIM.

We are attending MIPIM because we want the international investor community to grasp the opportunities available in our region. We will be promoting the fact our economy is growing at c.4% per annum, productivity is increasing and unemployment is at a historic low. 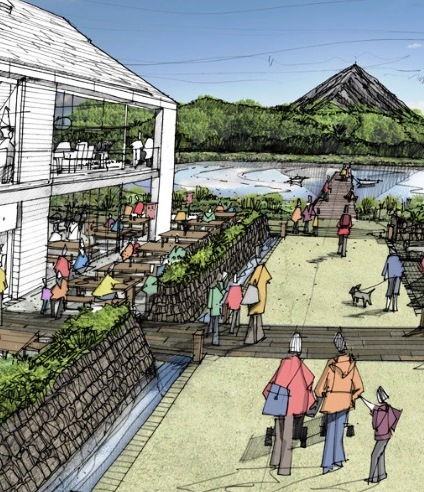 A key focus will be on sharing Cornwall’s housing ambitions to be the number one council for affordable housing along with targeted sessions promoting Cornwall’s investment programme, and learning from other local authorities what they have done well.

This makes us a great investment proposition.

At MIPIM we will be launching the Cornwall Investment Fund, worth up to £600m, by promoting specific investment opportunities in infrastructure, including the Cornwall Enterprise Zones, West Carclaze Garden Village, Housing and many others.

To maximise the value of attending this development event for the region, Cornwall Council has offered meeting space to all Cornwall based businesses attending the event. This support has been welcomed by Cornwall-based Eco-Bos Development Ltd (a joint venture between Orascom Development and Imerys Minerals) who are attending the event to promote the transformational West Carclaze Garden Village project in St Austell.