“I’m so proud to be Steve’s son” – Dan Rogerson

The former North Cornwall MP Dan Rogerson has been paying tribute to his father, who died yesterday (Sunday.)

Steve Rogerson, a long-serving and highly-respected local councillor, collapsed and died at his home in Bodmin.  He was 68, and had not shown any signs of being unwell.  His death has shocked the town.

“I am very very proud to be his son,” said Dan.  “Mum and Dad moved to Bodmin in 1973 and worked as teachers at Bodmin school for 30 years.

“It is so heartening to see how many former pupils have said kind things since hearing the news.  He was clearly held in great affection by many people, spanning three or more generations.”

Steve Rogerson grew up in Romford, Essex, and although holding Left-of-centre political views did not become particularly active until Dan began campaigning for the Liberal Democrats while still at school in the early 1990s.  Dan was elected as the Member of Parliament for North Cornwall from 2005-2015.

“Mum and Dad really got involved in local politics as a result of my activity,” said Dan.  “Dad became treasurer of the North Cornwall Liberal Democrats and later became a councillor, as well as chair of a local school governors and community centre.” 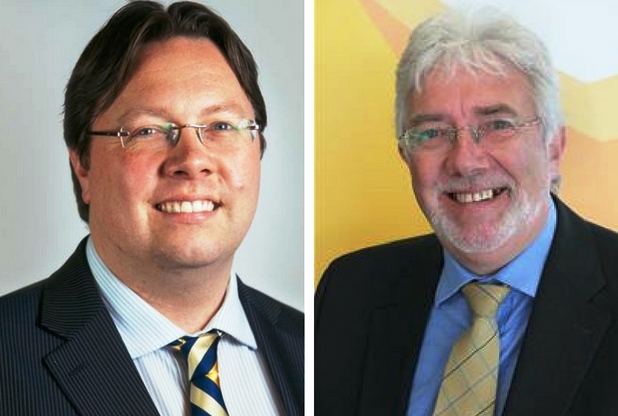 Dan Rogerson and his father Steve

Since news of Steve’s death broke yesterday, hundreds of people have been posting tributes on social media.

“I’d like to thank everyone who’s said such nice things,” said Dan.  “Obviously the family is heartbroken, and shocked.  We don’t know what was the cause of death – we assume some medical issue which will need to be investigated.”

Mr Rogerson also leaves a widow, Pat, and a daughter, Kate.  Funeral arrangements will be made in due course.

Mr Rogerson's death means the Cornwall Council election in his Bodmin St Petroc ward will be cancelled.  Most political parties have suspended their campaigns across Bodmin as a mark of respect.