I brief, you leak and she’s just been charged under Section 1 of the Official Secrets Act

Bond followed his boss into the office.  He hated this sort of thing.  Somebody, somewhere, always had to take the blame.

The news that they were all on their way to Cornwall was supposed to have been a state secret.  Now everyone in Cornwall with a rocket-propelled grenade launcher would be seeking out the best spot from which to target the Carbis Bay hotel.

Intelligence agencies around the world were demanding to know how security had been so recklessly compromised.

“M” scratched his head, pulled on his pipe, and sat back in his luxury leather-upholstered arm chair.

The leak inquiry had not got off to a good start.  Souvenir shops in St Ives had been stocking up on their Chinese-made plastic flags of St Piran in such extraordinary numbers that there were quite literally hundreds of thousands of suspects.

Someone had let it be known that the G7 Summit was to be held in St Ives in the middle of June.

The security implications were going to be a nightmare.  Devon and Cornwall police have enough trouble with the Padstow Food Festival, never mind protecting the seven-most important people on the planet.

“Well, sir,” began Bond, nervously, “it seems that the Daily Telegraph published the story without realising it was embargoed until 10.30pm tonight.

“It also seems that somebody at the BBC then read the Telegraph.  The BBC then put it out on Radio 4’s Today programme.  Within minutes every local news outlet in Cornwall had picked up on the story.”

“M” frowned, turning purple with rage.  “So what blithering idiot told the Telegraph?” he shouted.

“Where should we start?” replied Bond.  “There are some that we can rule out straight away.  We know that the chief executive of Cornwall Council, Kate Kennally, and the council leader, Julian German, had known about it for a few days.

“It wouldn’t have been either of them, although apparently Mr German is now hoping that the local elections will be delayed for a few weeks so that he can have his photo taken and make the speech of welcome.  In Cornish. 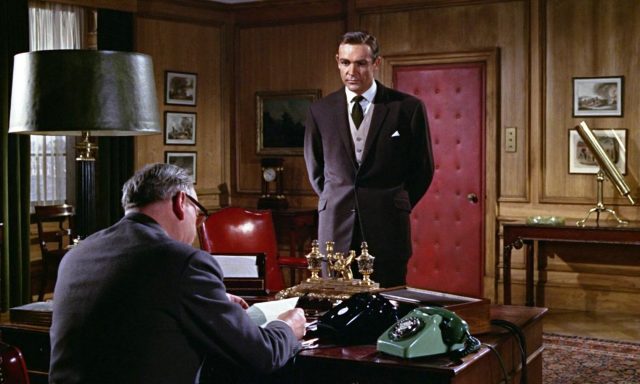 “It seems that there’s also some chap who owns a caravan park, who got mildly excited when we turned up the week before last and booked every pitch until the middle of June.

“And of course every hotel in St Ives has now been booked by HMG, effective immediately, and so it’s possible that some of the locals might have guessed something was going on.”

“M” sucked on his pipe, staring at the ceiling of his Millbank office.  “Do we think it’s possible,” he asked Bond, “that Al Quaida or any of these other foreign terrorist johnnies might not read the Daily Telegraph?”

“Oh absolutely,” said Bond.  “And in case we got the Telegraph to take down the story immediately.”

“I understand that they have broadcast the story only in English,” said Bond.  “I think we can probably get away with it.”

At this point, Miss Moneypenny entered “M’s” office and announced that the Prime Minister, Boris Johnson, was on the red line.

“What-ho, Monty” said Boris.  “Brilliant spread in the Telegraph, at least for a few minutes.  But I see they’ve taken the story down.

“Don’t they realise that this is my moment to shine?  I will get my picture taken with that new American chap, Joe What’s-is-name, and have the opportunity to apply some of the old Bo-Jo charm.

“Can you get on to the Telegraph and ask them what they are playing at?”

“M” frowned again.  “I don’t suppose, Prime Minister, that you have any idea how the Telegraph got hold of the story in the first place?”

“I take it the leak inquiry is over?” said Bond, laconically, as he left the room.

This article has 5 comments