How anti-Trump is your backyard?

Thousands of people in Cornwall appear to have spent the day clicking an online petition calling on their MP to help prevent US President Donald Trump visiting Britain as part of an official State Visit.

By 4.45pm (Monday) more than 11,600 people in Cornwall had contributed to a 1.35 million-strong campaign urging Parliament to demand the withdrawal of the government’s invitation for Mr Trump to meet the Queen.  The move is part of a worldwide campaign denouncing Mr Trump’s restrictions on people from mainly Muslim countries visiting the United States.

The government’s online petition map allows users to see how much pressure they have been able to exert on their local MP.  In Cornwall, the Truro and Falmouth constituency leads the way – with North Cornwall propping up the field.

The petition, launched only yesterday, says: “Donald Trump should be allowed to enter the UK in his capacity as head of the US Government, but he should not be invited to make an official State Visit because it would cause embarrassment to Her Majesty the Queen. 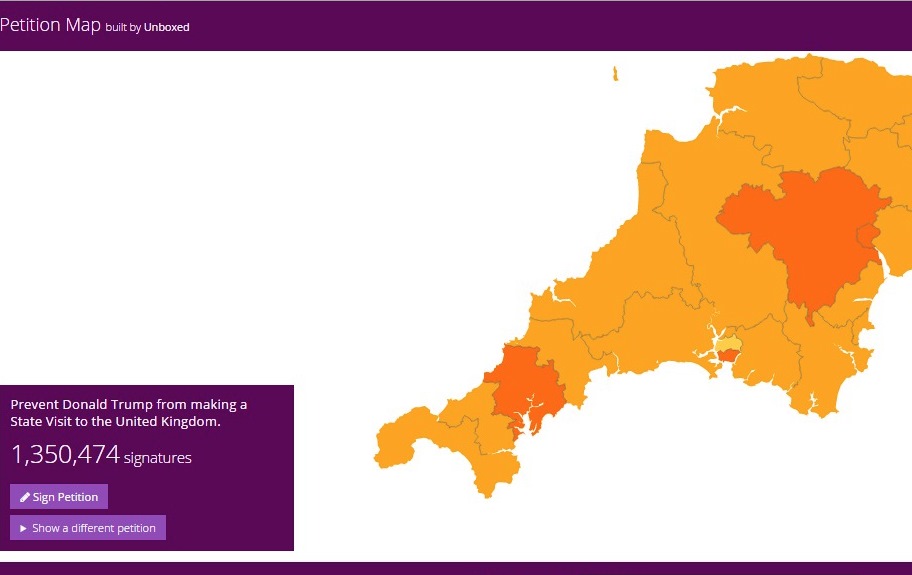 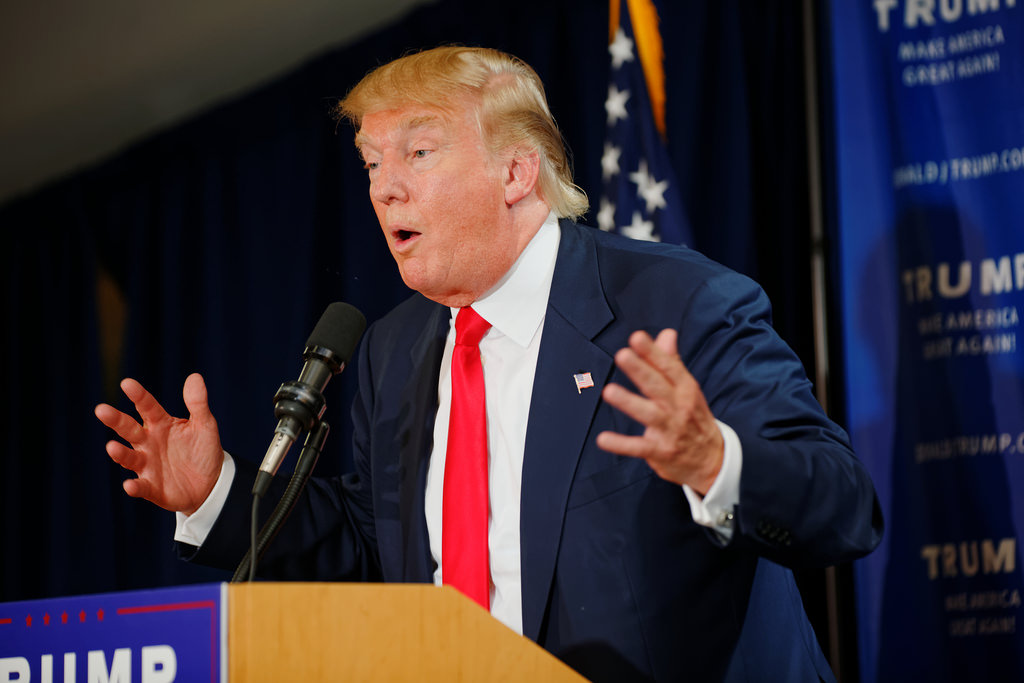 “Donald Trump's well documented misogyny and vulgarity disqualifies him from being received by Her Majesty the Queen or the Prince of Wales. Therefore during the term of his presidency Donald Trump should not be invited to the United Kingdom for an official State Visit.”