The government is to give £200,000 to support the Cornish language and culture.

Communities Minister Lord Bourne made the announcement at the first UK summit of national minorities in Falmouth yesterday (Friday.)

The Ordinalia Nessa is a medieval play, to be staged in St Just.

Lourd Bourne, who is in Cornwall on a three-day visit, said: “As England’s only recognised regional or minority language, we should support the Cornish language and help it flourish for generations to come.

“Cornwall has a rich history and a distinctive identity, and it’s right that we are committed to promoting it.

“This new fund will help further develop projects around culture and heritage in the area.”

Lord Bourne gave the keynote speech at the UK National Minority Summit which was held at Falmouth University.

He said it was important that Cornwall’s distinctiveness in culture, language and heritage were protected and the funding was a key priority for his department.

The minister said it would be “unacceptable” for a government to stand by and do nothing as a language dies and it was important to provide support.

He said the language was a “uniquely valuable asset” and the government was “committed to protecting it.”

“Nobody will want to look back in 20 years and say we could have made a difference but we stood by and did nothing,” he added.

The minister praised the work that Cornwall Council had done in promoting culture, language and heritage in Cornwall and singled out Golden Tree Productions for its work with the Cornish Embassy and Azook which is tackling educational barriers.

Lord Bourne was asked about the campaign to get a Cornish tick box on the national census and said that while it was an issue that was above his pay grade and a different department he would do what he could to raise awareness in Westminster.

He also encouraged people to contact Cornwall’s MPs to continue to raise the issue and said people should continue to write in that they are Cornish on the census if a tick box is not made available.

After making his speech Lord Bourne visited the Cornish Embassy bus which has been encouraging people to support the campaign for a Cornish tick box on the census and to get a Cornish passport. 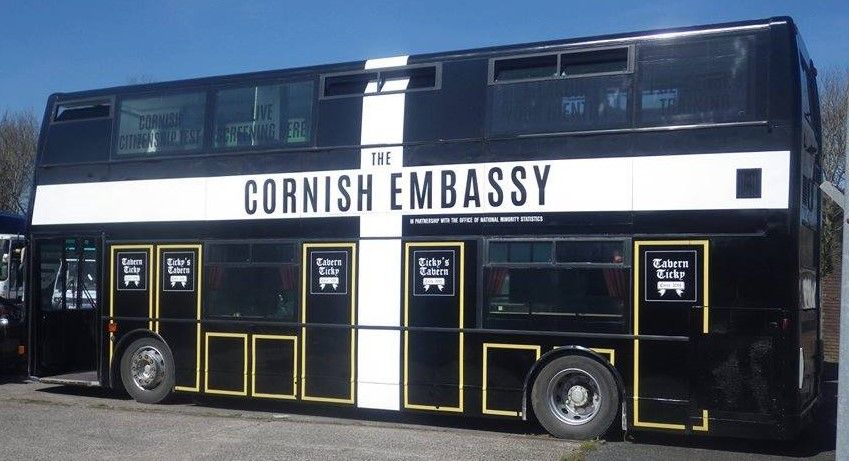 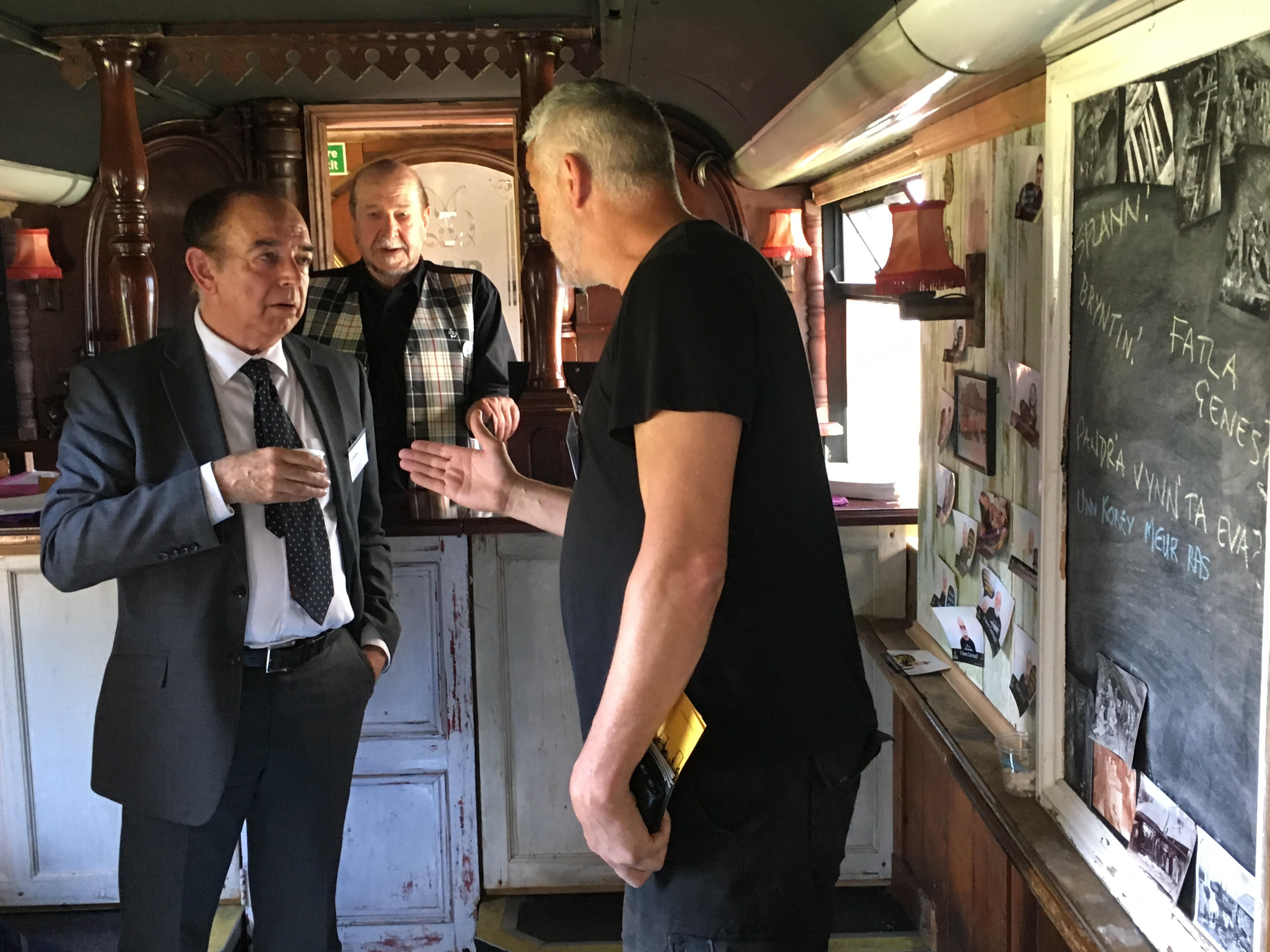 He was also given a sample of Proper Job beer and had a go at learning some Cornish phrases.

Speaking afterwards he said: “There is a really strong case for spending on the Cornish language.”

Asked about whether it was right to spend money on the Cornish language while services such as adult social care were struggling for funding he said it should not be a case of a battle between one service and another.

Lord Bourne said he would not be able to make any commitment about long-term spending for the Cornish language and culture as that would be an issue for the spending review.

However he added: “We very much believe in our department that this is something we should focus on.”

The funding announcement was welcomed at the summit by Cornwall councillors Jesse Foot, Dick Cole and Bert Biscoe who are all members of the Cornish Minority Status Working Group.

Bob Egerton, Cornwall Council Cabinet member for culture, said: “Cornwall is a unique county and we welcome the funding announcement, which will allow us to preserve, share and develop our distinct culture and identity.

“The money will be used towards the development of a Cornish language programme and support the implementation of the Cornish National Minority Education Action Plan; all keys to unlocking the passion and protecting our culture for future generations.”