“Go away. And you can’t use our toilets,” council tells climate protestors

Climate change continues to dominate public interest in Cornwall Council, according to questions tabled for the authority’s annual meeting.

At least eight of the 12 questions due to be answered later this morning (Tuesday) question the council’s commitment to becoming carbon-neutral by 2030.

Meanwhile the climate protestors who have set up camp outside the main building have described as “petty” the council’s refusal to let them use County Hall’s toilets.  County Hall is a public building and is supposed to be open to anyone during normal working hours.

Cornwall Reports understands that a group of senior officers, led by chief executive Kate Kennally, told the protestors they would not be allowed inside County Hall except to observe today’s full council meeting.

The legal basis for this decision is not clear and it is not known how the council plans to distinguish between climate protestors and other members of the public.

“It really is a very poor response,” said one of the protestors.  “It just means we have to pop across the road to Sainsbury’s where nobody is asking us if we are concerned about the climate before allowing us inside.

“We understand that the police have actually had to remind the council that the right to peaceful protest is just that – it’s a right.  The council actually has an obligation to defend and facilitate that right.

“The police have said that they currently have no intention of getting involved.

“The response of the council is really very disappointing – it is just muscle-flexing.” 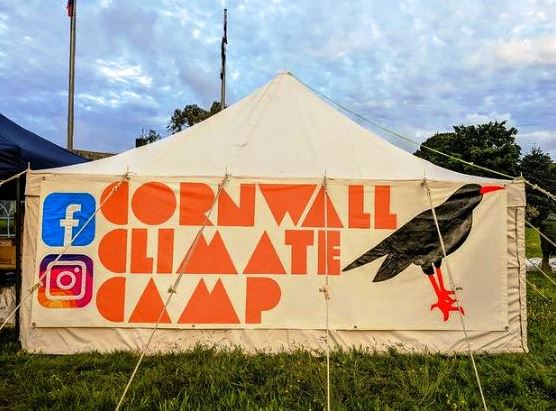 The protest has drawn attention to the different attitudes between councillors and officials, with many of the elected members engaging with the campers and declaring their support.

The climate protest camp continues to grow, with about 17 tents now on the site and around 30 people present early this morning.

More are expected to join a lobby of councillors as they arrive for today’s meeting.  A group of Quakers, and Cornwall's "Penitents" group, have joined the protest.