20th February 2017
By Anne North
Follow @CornwallReports
The proposal to gamble £536,000 on a bid to make Truro the European Union’s capital of culture in 2023 faces two hurdles in 48 hours as city councillors meet this evening (Monday) to consider the idea.  Tomorrow, Cornwall councillors will be asked to spend the money on roads instead.

Even the most enthusiastic supporters of the bid accept that it would be difficult to proceed if the proposed host city fails to support it.  Some now openly accept that it might have been better to ask Truro’s local councillors for their opinion months, if not years ago, rather than at the last minute and only after being forced to.

Last week Cornwall Council’s Scrutiny Committee voted 5-4 to demand a re-think.  A special meeting of Truro City Council, due to start at 7pm this evening, will for the first time hear details of the bid.

So far none of the Cornwall tourism interests which might be expected to benefit directly from a bid has offered to contribute financially to the costs of taking part.

Supporters nevertheless believe that a bid represents an opportunity to showcase Cornwall’s cultural heritage on an international stage and that the costs of entering the competition would be dwarfed by the economic rewards, if successful.  They point to the millions of people, worldwide, who were enthused by images of the giant “Man Engine” puppet as it toured Cornwall last year in a celebration of the county’s mining history.

Critics complain that the bid, which has its roots in a council decision of May 2016, ignores the political reality of the Brexit referendum a month later.  Seven out of 10 UK councils which had been interested in entering, in February 2016, withdrew after the referendum result.  Some councillors have also questioned whether officials have been completely candid about government advice, offered on 16th December, which has been presented as encouragement to enter but which is in fact highly equivocal.

Tomorrow (Tuesday) a Conservative amendment to the council’s budget seeks to transfer the £536,000 earmarked for the culture bid into roads projects.  Councillors Fiona Ferguson and James Mustoe suggest: “This proposed budget amendment is for the inclusion of a new programme of works to be included in the capital programme for additional Highways Improvement Schemes including pedestrian crossings and 20 mph zones. 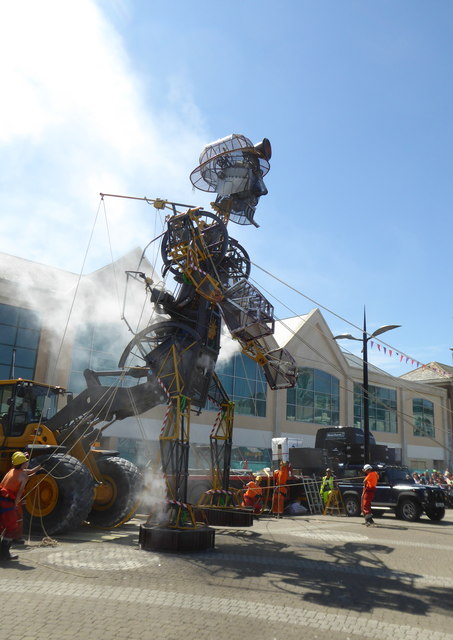 and leadership of the Council’s membership. It is anticipated that this will be distributed and used to support a programme of works in 2017/18. This will be funded by the withdrawal of Cornwall’s application to be the European Union Capital of Culture 2023.”

Should the Tories fail to fund their roads projects with the culture money, they have further amendments targeting capital funds currently earmarked for wind farms, and other funds earmarked for match-funding EU projects.

The culture bid has the potential to turn the 4th May local council elections into a re-run of the Brexit referendum, in which 56% of Cornwall’s voters opted to leave the EU.  If the bid survives this week’s existential challenges it will then be re-considered by an extraordinary meeting of the council’s cabinet, pencilled in for 27th Februrary.

By then the city of Leeds, whose bid is largely funded by the private sector, will have been campaigning publicly for nearly a week.  The city of Dundee is also bidding - its bid enjoys the support of the Scottish government, and is tied politically to Scotland’s ambition to remain in the European Union.