20th January 2017
By Graham Smith
Follow @CornwallReports
The row over the future of Bodmin’s Public Rooms could still have months to run, following the town council’s controversial decision to sell the Victorian-era building to a private cinema group.

It looks as if the future of the building will remain uncertain at least until council elections in May. One councillor resigned this morning (Friday) potentially changing the balance of power on the issue, but it is not clear if there will be a by-election before May.

Merlin Cinemas plans to convert the rooms to a four-screen cinema, having successfully outbid a local community group which had wanted to keep the Grade II listed building in public ownership. Opinion in Bodmin is divided between supporters of the cinema and supporters of the Public Rooms bid and the issue seems certain to dominate May’s elections.

The Bodmin Public Rooms Trust, which had raised £45,000 in a bid to buy the building, is also considering a Judicial Review of the decision. The council had voted 5-5, with 3 abstentions, before the Mayor used his casting vote to rule in favour of the cinema.
Today it emerged that the Trust might also have other options, such as calling for a town poll on the single issue of the Public Rooms, as well as contesting elections.

Councillor Sarah Horne, who abstained on last week’s vote, this morning wrote to the town council to quit. She told Cornwall Reports that people would be wrong to think that 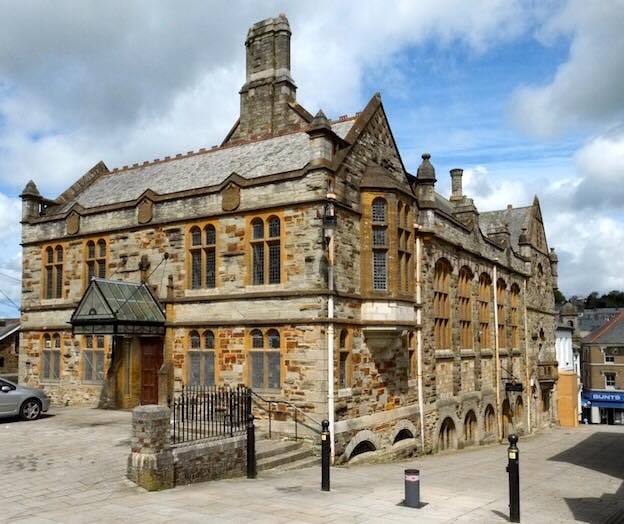 her resignation was prompted by the row over the Public Rooms.

“I would certainly encourage those who like to comment on the council’s work to put themselves forward for election,” she said. “If they really want to contribute to the community, they should get themselves nominated and put themselves forward. If they don’t, they could find that we might not get the required 16 councillors and that vacancies then get filled by co-option.”

More than 60 members of the public attended a packed town council meeting last night, with all of those who spoke demanding that the council should reverse its decision. The council’s rules prohibit such a reversal within six months, unless nine members demand it.