Cornwall’s industrial past comes face to face with its tourism-dependent present on Thursday when part of the county’s Unesco-protected World Heritage mining landscape is considered for a Travelodge and pub.

Planners are due to rule on whether a 63-bedroom hotel should be built at Trevanson Gateway, Tolvaddon.  The owners of South Crofty tin mine are objecting to the proposal, saying part of the site is needed for a ventilation shaft.  South Crofty’s owners are also concerned that an increase in traffic might impact on their proposals to resume tin mining.

The application site at Tolvaddon Gateway.  Only part of it is within the Unesco-protected heritage site.

Crofty’s managing director, Kevin Williams, says: “Western United Mines Limited has an interest in the land which is the subject of this planning application through unregistered mineral rights and the working of South Crofty Mine.

"Western United Mines Limited have two assets located on the land that are safeguarded for mine ventilation use, these being Cherry Garden Shaft and Trevenson Shaft; the land owner remediated the former shaft but has not yet remediated the latter shaft.”

Much of Cornwall’s mining landscape was given international protection in 2006 and is part of a Unesco World Heritage site.  Most of the proposed Travelodge site is just outside the protected Camborne and Redruth site, but a small part of the development would be inside. 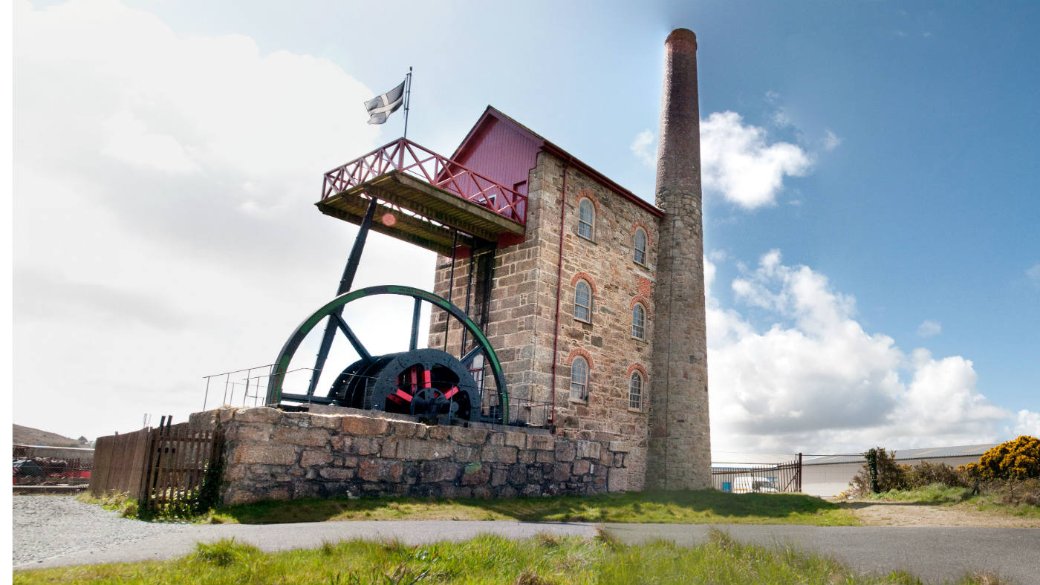 Nearby East Pool mine

Experts agree that the actual application site today is relatively open and that little remains of Cornwall’s tin mining past, but concerns remain that the hotel would be out of keeping and could have been more sympathetically designed.

The World Heritage site office is objecting to the proposal, saying: “We are concerned that the scheme does not provide a suitably high quality design for the buildings to be accommodated on site. There is the potential for the design, inclusive of the hard and soft landscaping, to be of a higher quality and to reference local distinctiveness through a modern interpretation.

“The current designs do not do this instead opting for a design, and layout that is generic in nature and does little to conserve or enhance the WHS as a designated heritage asset.”

But experts acting for the developers disagree.  “Whilst the application site falls partly within the WHS, this area has been sterilised in recent years by the demolition of all standing structures and/or features,” they say.  “This small part of the WHS could no longer be said to reasonably satisfy the criteria for which the WHS on the whole was inscribed. It lacks both authenticity and integrity, and the boundary of the WHS in this area is no longer discernible on the ground.”

Cornwall Council planning officials say the economic benefits of approving the hotel and pub outweigh the heritage concerns, and are recommending that the application should be approved.