Posted By theboss on 1st October 2018

The government and Cornwall Council have today announced that direct flights between Cornwall Airport Newquay and London Gatwick have been secured for a further four years, backed by funding from both organisations.

Although some sort of service to London was all but guaranteed, there had been doubts over which airport.  A rival bid for the Public Service Obligation subsidy could have seen flights from Newquay landing at Stansted or Southend instead.

Negotiations between County Hall and the Department of Transport had been continuing well beyond the original target date for an announcement.

Businesses will now have certainty about the connections with London, Europe and beyond, allowing them to plan with confidence.  Residents will benefit from a regular service and great connections whether they are going on holiday, travelling for work or seeing friends and family.

Once again operated by Flybe, the Cornwall Airport Newquay to London Gatwick service will continue to see daily flights between the two airports, with 3 return flights on weekdays and 2 per day at weekends.

This follows success of the previous route offered by Flybe, which saw demand almost double over 3 years. Gatwick flights now account for 40% of all passengers using Cornwall Airport Newquay.

Last year 160,000 passengers travelled using the route, with visitors increasingly coming from Germany and the USA and the funding has further increased confidence in the airport, with other airlines operating new routes from Dusseldorf, Frankfurt and Stuttgart.

Continuing to support this key route between Cornwall and London demonstrates our commitment to creating transport links across the UK which put the needs of passengers first.”

Cornwall Council Cabinet portfolio holder for transport Geoff Brown said: “This is a vital link between Cornwall and London which has to be maintained.  Thanks to the Council’s continued investment in Cornwall Airport Newquay, growth continues with around 460,000 passengers using the Airport in 2017, making it the best year ever and making it the fastest growing airport outside of London. 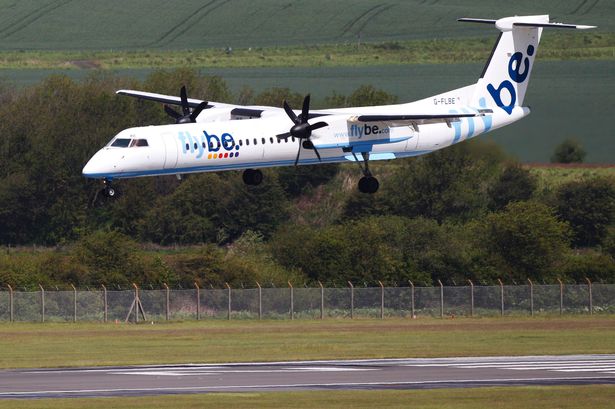 “Today’s announcement is good news for Cornwall. If this service was lost, £50 million could be wiped from Cornwall’s economy with the potential loss of airport and other jobs.  We will have continuity of service with Flybe being confirmed as the operator. Once again securing the direct service is a boost for Cornwall’s communities, businesses and the economy. It will enable Cornwall to do business with the rest of the world – and the rest of the world to do business with Cornwall.”

Cornwall Airport Newquay’s Managing Director, Al Titterington, said: “The extension of the PSO contract with Flybe secures our primary connection between Cornwall and London for another 4 years. The demand for this route continues to grow year on year and the support from the Government and Cornwall Council provides a guarantee for this vital access route to and from Cornwall.”

Mark Duddridge, Chair of the Cornwall & Isles of Scilly Local Enterprise Partnership, said: “This announcement will be warmly welcomed by the business community and ensures that Cornwall remains connected to a major airport hub. Connectivity is vital to our economy and having a healthy commercial airport helps underpin our wider space and aerospace ambitions. This is great news.”

Today’s decision comes after Parliament’s backing earlier this year for building a third runway at Heathrow.

With around 15% of the new runway capacity set to be used for domestic flights, Cornwall will be among the regions with the opportunity to get direct links to Heathrow.