26th January 2017
By Peter Tremayne
Devon and Cornwall Police are to recruit 100 additional officers, bringing the force back up to more than 3,000 for the first time in several years.

The strengthening of front-line roles stems from a £24 million cash injection, of which £10 million is being taken from reserves. The extra money also assumes a 2% increase in council tax, which will make a typical Band D property liable for £176.28 annually – just for the police.

The move will also see a reduction in the number of Police Community Support Officers.

Chief Constable Shaun Sawyer said: “The redesign and reprioritisation of our workforce will require us to move some staff from existing roles, such as PCSOs, to other police staff roles, new staff investigation roles or to join up as police officers depending on their career aspirations and suitability.

“The changes made over the coming years will enable us to better connect with our communities, detect and prevent harm, reduce crime, protect the most vulnerable and provide a high quality of service to the public when they need us.” 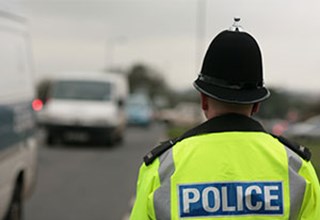 The additional funding is also based on a projected increase in council tax of 2% pa until 20/21.This is an assumption of increases to be ratified by the Police and Crime Panel each year. In 2017/2018 this average yearly increase for a Band D property is £3.40p taking to total Band D contribution to £176.28.