St Ives MP Derek Thomas was the only one of Cornwall’s Parliamentary representatives to vote against the government last night (Tuesday) over the issue of Covid vaccination passports.

Mr Thomas had given no prior indication of how he was going to vote, but all six of Cornwall’s MPs had come under pressure from local party activists who regard the measure as a fundamental assault on individual liberties.

From today, anyone over the age of 18 will need a passport to enter a nightclub or any large event.  The passports now also apply to outdoor festivals and events attracting more than 4,000 people, putting questions over New Year’s festivals, as well as next year’s Royal Cornwall Show and Boardmasters concert at Newquay.  The new rule is expected to face its first serious test at this weekend’s Premier League football matches.

St Austell and Newquay MP Steve Double and North Cornwall MP Scott Mann are both government whips and would have been expected to resign if they had voted against the passports.  The same applies to Environment Secretary and Camborne MP George Eustice.  Mr Double had been a teller for the government.

South East Cornwall MP Sheryll Murray and Truro and Falmouth MP Cherilyn Mackrory voted for the passports.  Some of their local party activists had thought they might abstain. 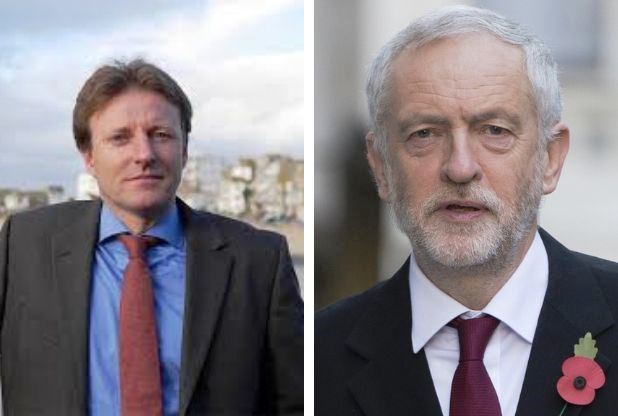 On the same side over Covid passports: Derek Thomas and Jeremy Corbyn.  But Cornwall's five other Conservative MPs supported the government

Mr Thomas’s rebellion saw him join former Labour leader Jeremy Corbyn in voting against the Health Protection (Entry to Venues) Standing Order, which was approved by 369 to 126 votes.  Green Party MP Caroline Lucas also voted against.  Current Labour leader Keir Starmer had instructed his MPs to back the government, but more than 50 abstained or voted against.

But the huge scale of the Tory revolt – around 100 Conservative MPs defied the whips – suggests a leadership challenge is not far off.  Only 54 Tory MPs are needed to trigger a contest.