Posted By theboss on 9th January 2017

Devon and Cornwall Police say they have now questioned three Members of Parliament who are caught up in a row over the way they accounted for their 2015 general election expenses.

Police say they interviewed three MPs and their election agents.  A file is to be sent to the Crown Prosecution Service.

Although police now say they are not naming the MPs, when Devon and Cornwall’s chief constable, Shaun Sawyer first announced a formal investigation in May last year, the MPs named were Camborne and Redruth MP George Eustice, North Cornwall MP Scott Mann and Plymouth Sutton and Devonport MP Oliver Colville.

Allegations against the former Conservative Party Torbay election agent, Alison Hernandez, were to be investigated by the West Mercia constabulary because she had by then been elected as the Devon and Cornwall Police and Crime Commissioner.

A spokesperson for Devon and Cornwall Police, said: "Investigations into the 2015 General Election expenses returns has now been completed. As part of our investigations, interviews were conducted with three MPs and their Election Agents. A file is being prepared and will be sent to Crown Prosecution Service for final decision."

All of the MPs strongly deny any wrongdoing.  None was arrested. 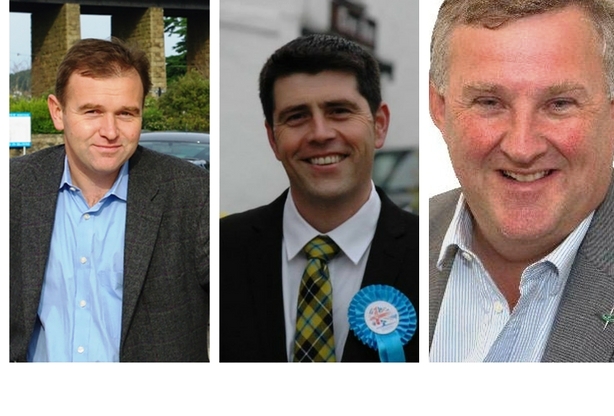 The allegations of false accounting stem from the way some general election expenditure was declared as part of a “national” campaign when, critics say, it should have been returned as a “local” cost, in connection with a specific constituency.   At the heart of the issue is the use of national campaign “battle bus” which toured the south west ahead of the vote in May 2015.  Critics of the Tory tactics say the hotel and accommodation costs of these activists should have been declared locally.

Although all general election candidates have to sign a form accepting legal responsibility for expenditure claims made on their behalf, in practice such matters are often directed by national party officials.  In total, about 20 MPs nationally have been caught up in the row.