By Richard Whitehouse and Peter Tremayne

Cornwall Council has revealed plans to build a £3.8 million centre for off-road cycling near Newquay.

The council is leading on plans for the Cornwall Cycle Hub which would become the “South West Regional Development Centre for Cycling.”  The project is aimed at mountain bikers, BMX racing and those who enjoy jumps, tricks and other stunts on a specially-created course.

It joins a £17 million scheme which promises to improve conditions for cyclists along the A30, and to the west of Truro.

These ideas follow a £7.5 million 2015 project which was supposed to turn Bodmin into “Cornwall’s first cycling town” but which has yet to yield any obvious increase in pedal power.

The Bodmin scheme promised to deliver “74,000 new cyclists each year” and yet one of the town’s main bike shops relocated to St Austell six months after the project was completed.  Despite the opening of a new bike hire centre, it is still rare to see a cyclist in Bodmin, where a supposed “shared space” roads’ project has not obviously created a safer environment.

Under County Hall’s latest plans, the Newquay centre would also be a covered bike training area for use in wet weather.  It is planned for a council-owned site close to Newquay Airport which the council says would have good links for transport.

As well as Cornwall Council, the project is also being backed by British Cycling and Sport England.

In the consultation document Andy Farr, British Cycling head of business planning and transformation, said: “We are delighted to be working with Cornwall Council and other stakeholders to bring forward this exciting development, which will provide a regionally significant hub for cycling and link into the Council’s wider plans for development of cycling at all levels.

“The breadth of facilities proposed will give opportunities for riders at all different stages, from learning to rise for the first time, through to cycle sport competition and training.

“The scope of the project will include a number of different cycling disciplines including mountain biking, road cycling, BMX, cyclocross and others, meaning that there should be opportunities for everyone.

“The south west has traditionally been under-provided for in relation to high quality cycling facilities and this hub will be a huge step forward for the region.”

The document states that the council will be working with schools, cycling clubs, GPs, mental health and disability charities and other organisations to ensure everyone can use and benefit from the facility.

It adds that British Cycling coaches will work from the site and will also go out and work in the community.

Cornwall had been set to host the launch stage of the Tour of Britain this year, starting from Penzance and finishing in Bodmin. The cycle hub is seen as being a chance to create a legacy from the event which has been postponed until September 2021.

Geoff Brown, Cornwall Council Cabinet member for transport, said: “The Cornwall Cycle Hub will offer a safe environment for cyclists to practice, learn, train and have fun with activities on offer including BMX, road, mountain biking and cyclocross. With Cornwall now hosting the Duchy’s largest ever sporting event, the Tour of Britain, in September 2021, and the council investing in more strategic and recreational cycle routes, this is the time to build a home for cycling in Cornwall. It will create more opportunities for everyone of any ability and experience to cycle.”

The council says that it is aiming to have a planning application submitted and funding confirmed by the end of this year so that work can start on the hub in 2021. 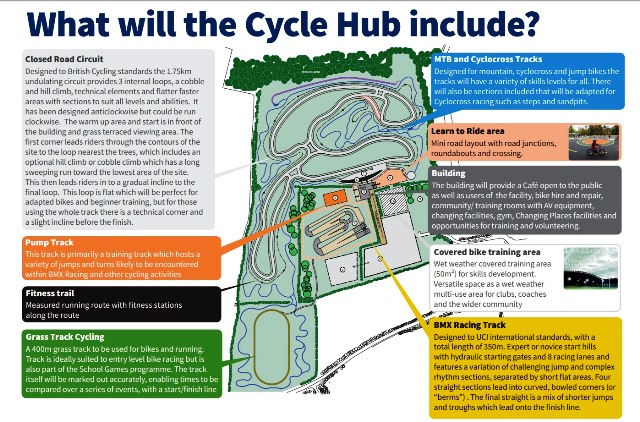 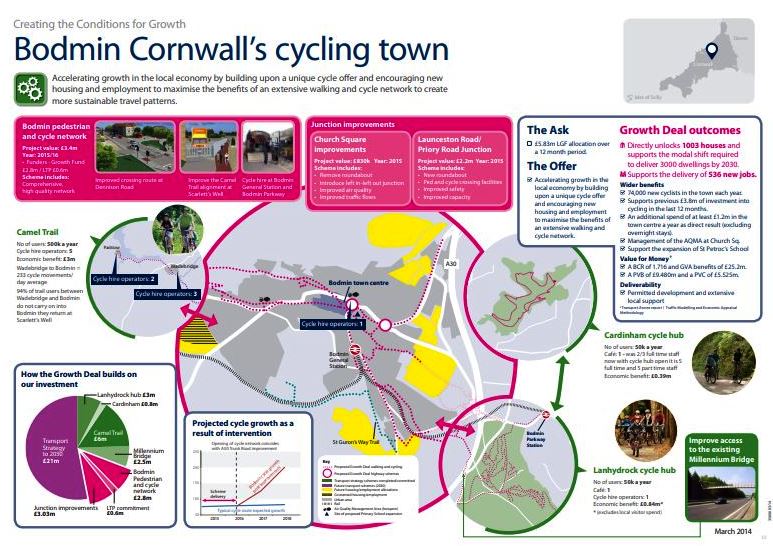 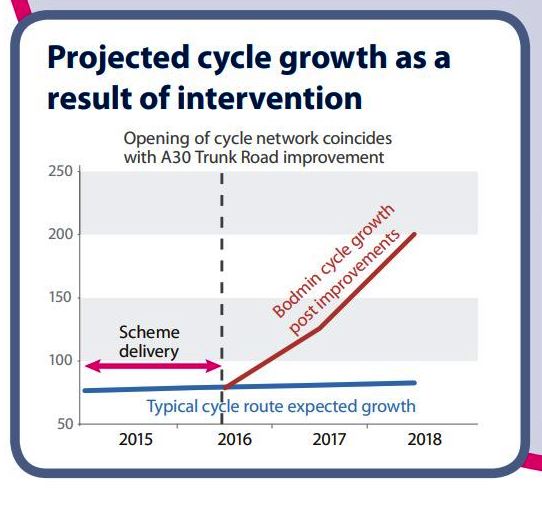 Above: plans to improve conditions for cyclists don't always come to fruition.  Cornwall Council's multi-million pound investment in Bodmin has not so far delivered on its promise of "74,000 new cyclists each year"

Cllr Brown added: “This is hugely exciting for Cornwall and Newquay. The Cycle Hub will be for everyone whatever their ability whether that is a child just learning on a balance bike, someone wanting to get fit or gain confidence, or those that wish to take part in the competitive thrill of racing. It will be a massive incentive to encourage people to take up cycling for for their health and well-being.”

A survey has been launched by the council seeking views and comments on the project from clubs, schools and partners. It will remain open until September 21.